Why the Uproar Over Japan’s Rising Sun Flag? It’s A Symbol for Celebrating Life and Bounty 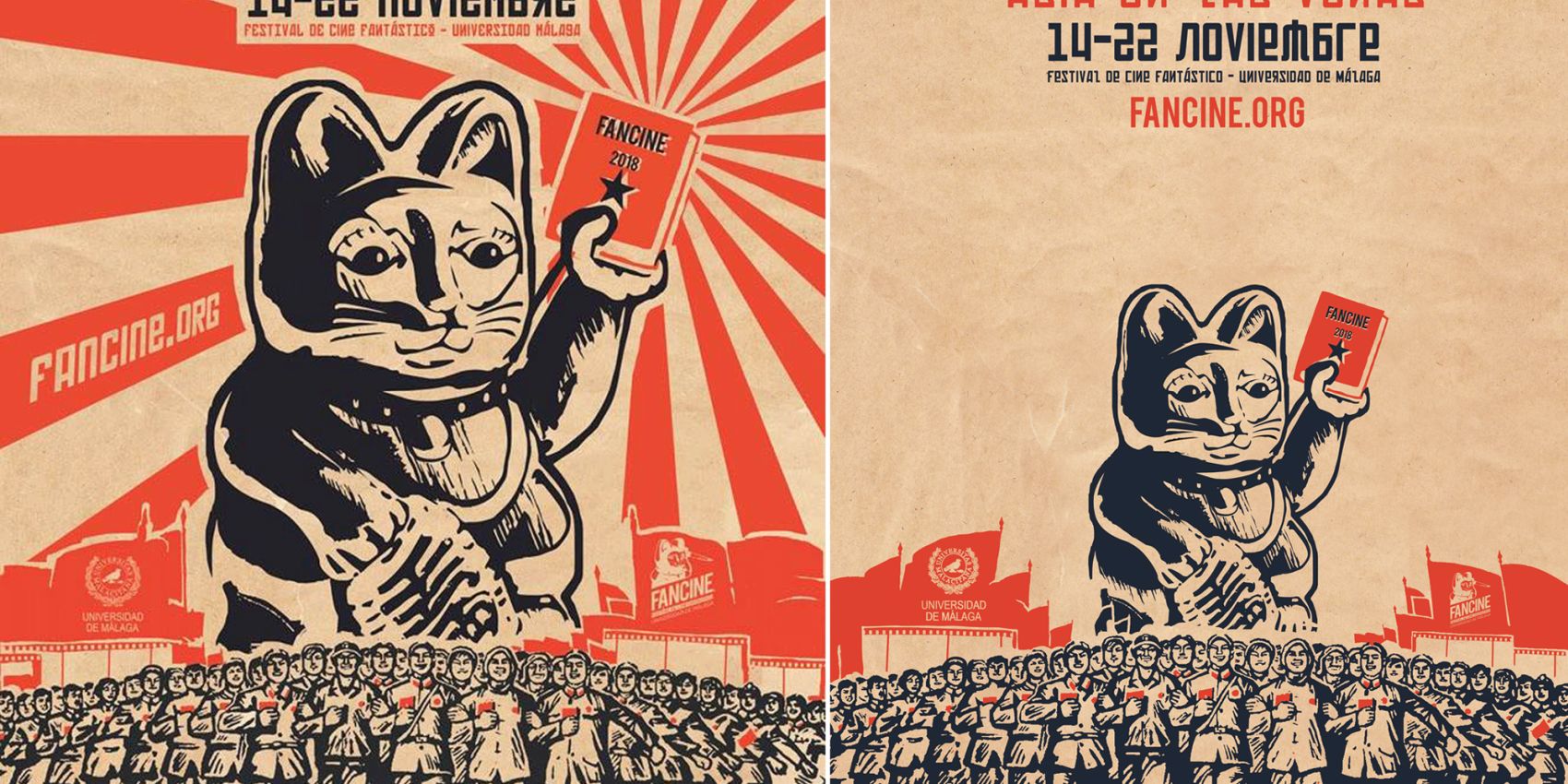 The original film festival poster unveiled by the University of Malaga in Spain is shown on the left, and the redesigned poster in response to Korean students’ backlash (from the film festival’s website) is on the right.

Amid a celebration held at a university in Spain in November, South Korean students protested the film festival’s promotional poster that featured a Japanese Rising Sun flag and demanded design changes.

The university said, “It was pointed out to us that the poster appeared to support the crimes committed by the Japanese military during the war.”

The South Koreans, however, are in a uproar over a design whose history they don’t appear to truly understand.

A promotional poster for the Fancine Fantastic Film Festival, organized by the University of Malaga in southern Spain and held from November 14 to 22, prompted critical opinions across the South Korean internet.

The poster, which was meant to represent the festival’s “Asia” theme, was designed by a member of university’s faculty. Its background depicted a Rising Sun flag with illustrations of an Asian Lucky Cat in the middle and a crowd of soldiers right under it.

According to the website, the poster’s design was carried out in a style which reflected communist propaganda along with the Rising Sun flag motif and Lucky Cat illustrations, which were reminiscent of Asia. The design imagery was based on posters that praised Mao Zedong and were seen back in Mao’s era in China.

When the poster was unveiled to the public, the university received a flood of protests from South Korean students stating that its design “appears to support the crimes and militarism of the Imperial Japanese military during World War II.”

Among other things, the students argued the design was “making a fool out of South Korea” and “the Rising Sun flag is on par with the Nazi flag.”

In the face of the backlash the organizers were quoted as saying they, “will apologize if people were offended.” The poster was changed, with the Rising Sun flag erased.

When we contacted the university for further explanation, the festival organizer responded, “The statement we posted on the film festival’s website explains everything related to your question.”

In the West, the Rising Sun flag is often associated with World War II or the Imperial Japanese Army. However, its history goes back much further.

According to the Japanese Vexillological Association, which academically conducts the study of flags beyond the realms of ideology, this flag was designed for the Japanese army in the early Meiji period and was also adopted by its naval forces.

After Japan’s defeat in the Pacific War, then-Prime Minister Shigeru Yoshida stated: “There is no country in the world that does not know this flag. The flag can be recognized as Japan’s in any sea.” 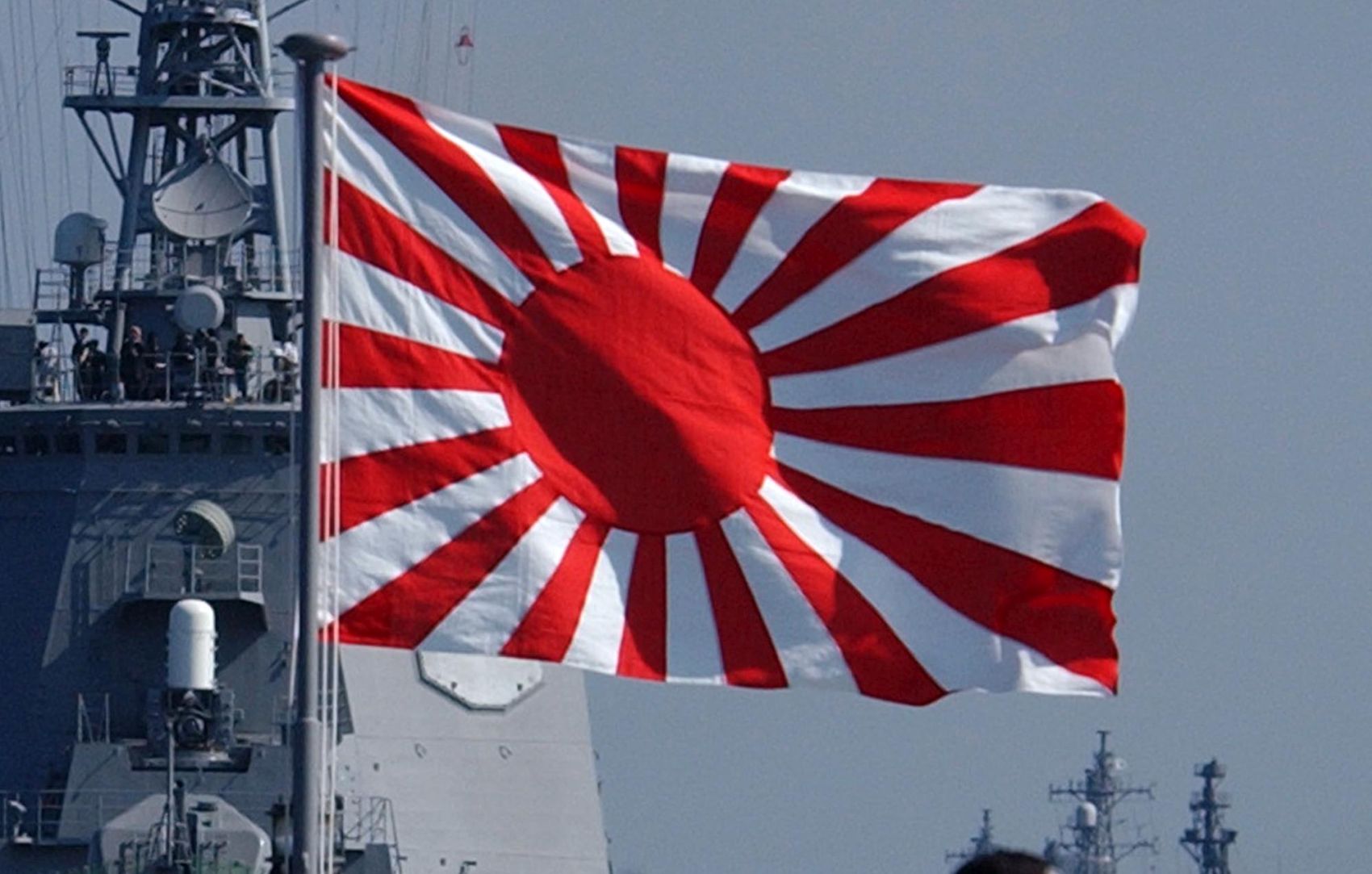 The office of the Vexillological Association also points out, “Flags used by the military are domestic decisions.” Therefore: “Normally other countries do not raise objections. The Rising Sun flag existed before Japan went to war and the nature of the issue is different from that of the swastika flag, which was created to symbolize the Nazi regime’s political ideologies.”

Although the Rising Sun flag was designed to serve as the naval ensign, it has also served other purposes throughout Japan’s history.

The office further explains: “The rising-sun design is beautiful, and its motif holds a celebratory impression. From before the war, the flag was widely used by fishermen to indicate a rich haul or to celebrate birth and seasonal festivals. The customs are carried out to this day.”

It is evident that the flag has significance in various ways.

Despite this history, retaliations concerning the Rising Sun flag are frequent, mainly in South Korea. Just last October, due to Seoul’s demands not to hoist the Rising Sun flag at the International Fleet Review hosted by South Korea, the Japanese government withdrew from participation and decided not to dispatch the JMSDF escort vessel to the review.

An expert in Japan-South Korea relations, Masao Shimojo, a Japanese history professor at Takushoku University, points out that activists who instigate anti-Japanese sentiment are behind the criticism of the Rising Sun flag, which intensified since a few years ago.

“In South Korea, the publicizing of historical issues in foreign countries is heating up. Japan must remain undaunted and correctly communicate its views to the world,” said Shimojo. 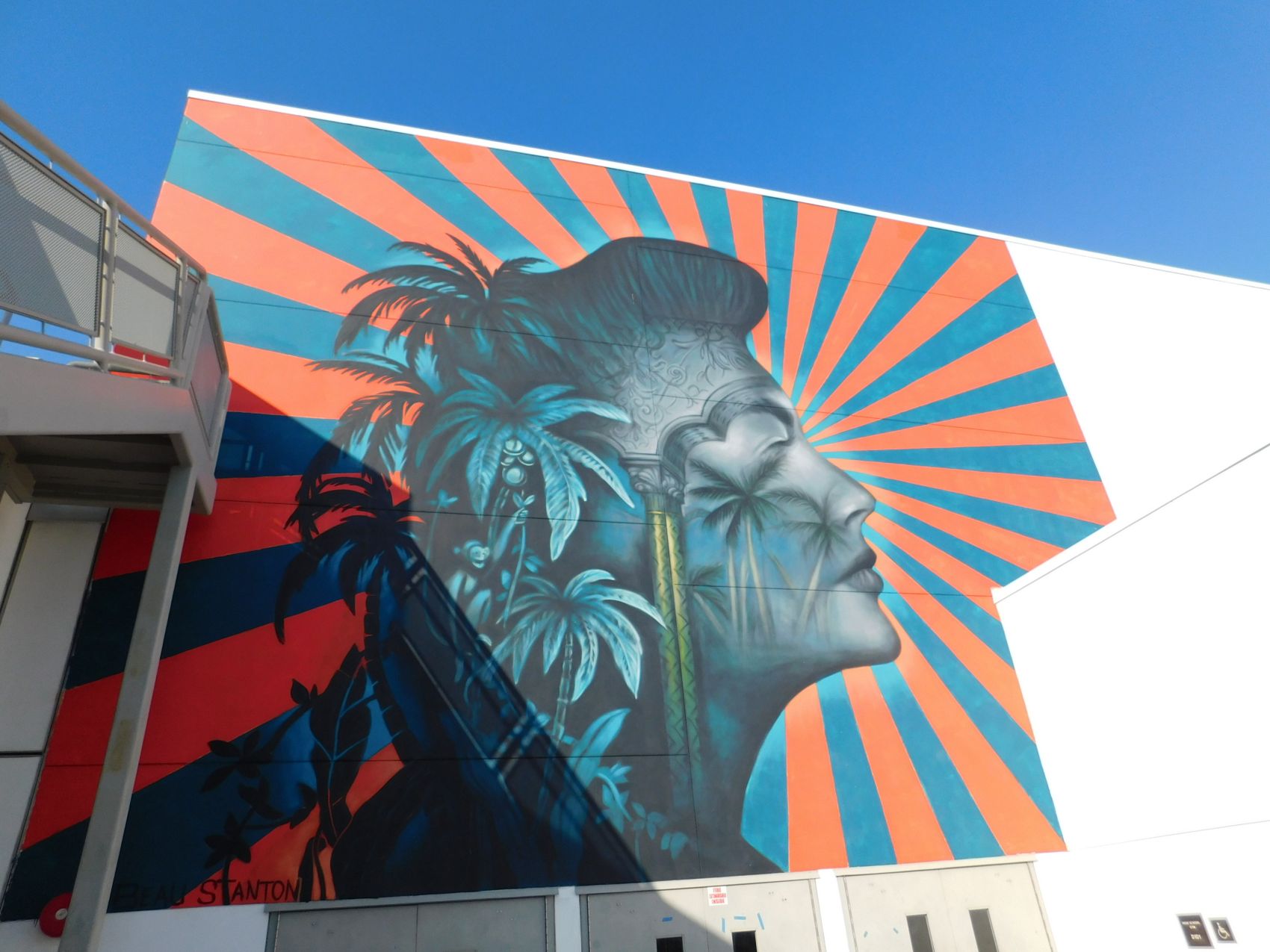 In United States, the Los Angeles Unified School District has ordered the removal of a 2016 mural painted on a wall at Robert F. Kennedy Community Schools in Koreatown depicting movie star Ava Gardner.