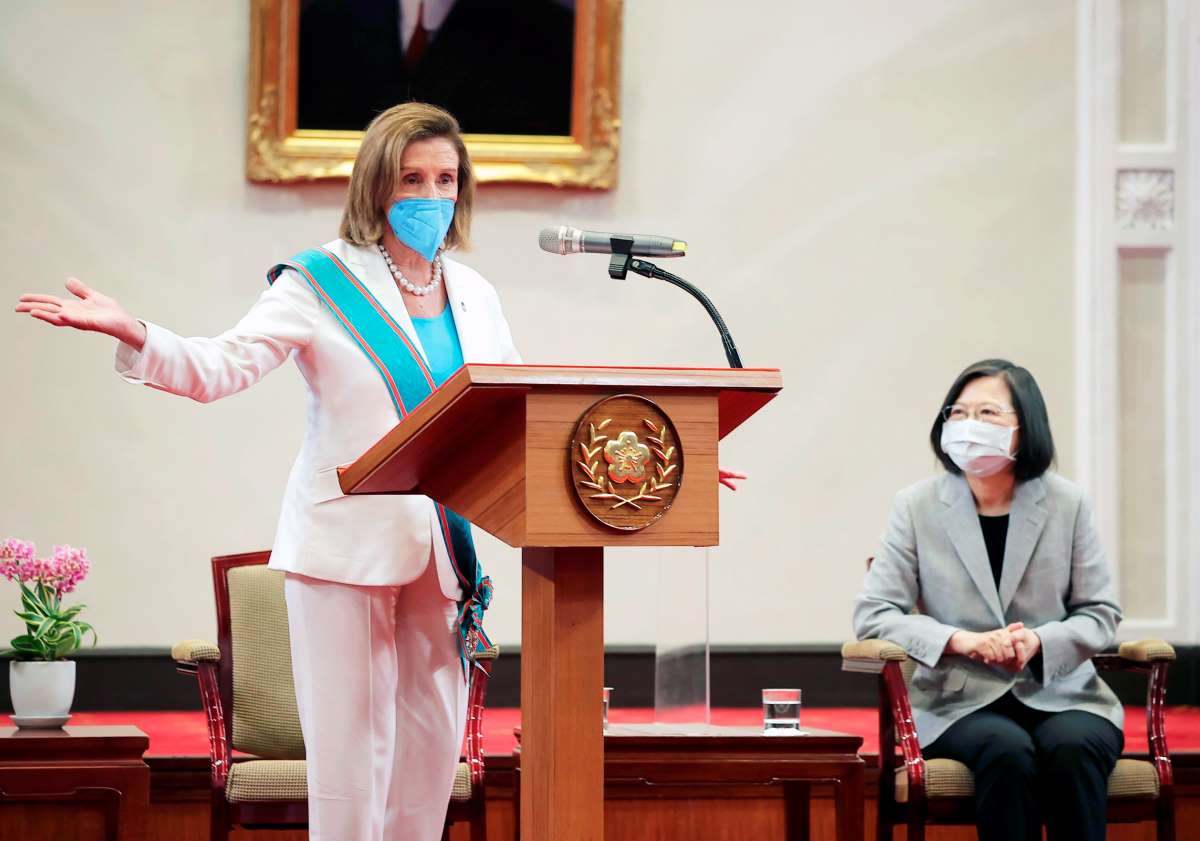 On the evening of August 2, a plane carrying Nancy Pelosi, speaker of the United States House of Representatives, and a US congressional delegation landed in Taipei, Taiwan. Shortly after that, they issued a statement.

As I read that statement, I could not help but feel that the strategy first outlined by the late Shinzo Abe during his first stint as prime minister had taken firm root in the democratic camp of nations. And it is assuming increasing importance.

For example, the statement said that discussions with the Taiwan leaders were to focus on reaffirming US support for Taiwan and “promoting our shared interests, including advancing a free and open Indo-Pacific region.”

This is the first time in history that the United States has embraced a Japanese strategy as its own. And the US is not the only country to do so. India, Australia, and even Europe have endorsed it.

Indeed, it has become an indispensable guiding principle as the democratic community faces off against an autocratic China that boasts an enormous population and fast-growing military might.

On August 3, US Ambassador to Japan Rahm Emanuel met with Prime Minister Fumio Kishida at the Prime Minister’s official residence. At that time, Emanuel told reporters that he and the Prime Minister had discussed how Japan and the United States could strengthen economic security, national security, and a free and open Indo-Pacific region.

Here again the key phrase “free and open Indo-Pacific” pops up. This meeting took place just after Prime Minister Kishida returned from addressing the Nuclear Non-Proliferation Treaty (NPT) Review Conference in New York City, thus becoming the first Japanese prime minister to attend such a meeting. During his remarks at the conference, Kishida offered the ideal of a “world without nuclear weapons.”

After praising Kishida’s speech to reporters, Emanuel issued the following warning: “First, we have to face the reality in front of us.” Perhaps Emanuel’s remarks were a not-so-subtle way of confirming that Prime Minister Kishida must live up to his promise of “increasing Japan’s defense spending by a substantial amount.”

The late Shinzo Abe always liked to point out that alliances need to be constantly cultivated.

Minister of Economy, Trade and Industry Koichi Hagiuda, who was close to Abe, was recently in Washington DC to attend the initial session of the Japan-US Economic Policy Consultative Committee meeting (“Economic 2+2”). At a press conference in Washington on July 29, after first thanking the American people for the condolences they sent after Abe’s death, Hagiuda said, “Mr. Abe’s political life was always oriented towards further strengthening the bonds between Japan and the United States and between the Japanese people and the American people.”

I well recall how during Mr Abe’s address in English in April 2015 to a joint meeting of both houses of Congress, Abe said, “Let us call the US-Japan alliance an alliance of hope.”

The theme of Abe’s speech that day was the reconciliation of former enemies and the growth of bilateral friendship. After he finished speaking, Abe received a standing ovation.

An astonished and elated foreign ministry official, referring to the then-House Minority Leader, said to me, “Nancy Pelosi was in tears.”

Hagiuda went on to discuss some of Abe’s achievements, including being the driving force behind the creation of the 11-nation CPTPP (Comprehensive and Progressive Agreement for Trans-Pacific Partnership), the free and open Indo-Pacific concept, and the Quad framework for quadrilateral cooperation among Japan, the United States, Australia, and India.

Hagiuda added, “During a single decade he was able to establish various bases for the support of peace and prosperity in the region.”

Appearing to reference Abe’s 2013 declaration that “Japan is back,” Hagiuda said, “Japan is here to stay.”

He then went on to say: “In the future as well, Japan and the United States should join hands to work for peace and prosperity. The reason I am here today is to express our clear resolve in that regard.”

The global security environment appears to be worsening by the day. If Japan allows its ties and cooperation with its ally and likeminded democracies to fray, it will be in grave danger.

Tokyo must not delay strengthening the nation’s defense capabilities.