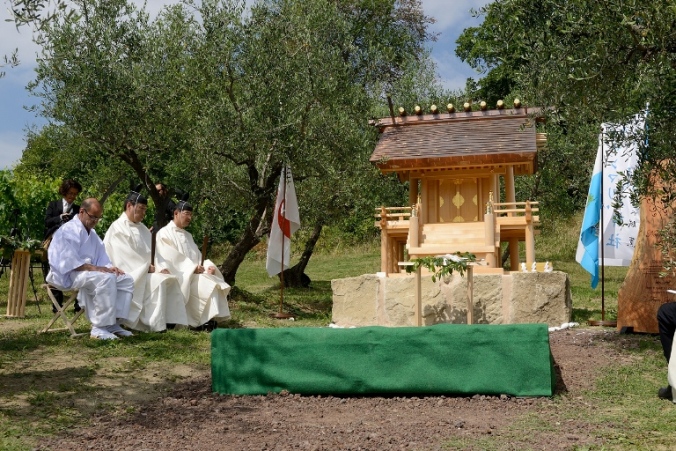 It’s been happening since 2014: every last weekend of June, in the Republic of San Marino—a country of less than 34,000 people in southern Europe—Japanese culture is celebrated.

Specifically, the Nippon Matsuri (Japanese Festival) happens at the Podere Lesignano in Serravalle, one of the state’s 9 castelli or municipalities.

This year, the festival takes place on June 24 and 25.

How exactly does San Marino mark its Nippon Matsuri? 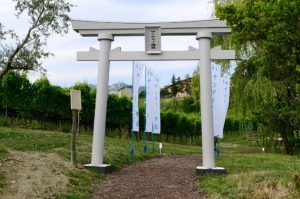 Visitors pay respects at the jinja (shrine)—the only Nippon Jinja in Europe—which was built in June 2014 in memory and honor of the victims of the 2011 Tohoku disasters.

In front of the shrine, in open air, traditional Japanese dances and music are performed at around noon. Then everybody will partake of the buffet lunch at the hall of the Podere Lesignano just few meters walk from the Torii gate at the entrance to a Shinto shrine.

The buffet offers not only San Marino food, which is mostly Italian, but also Japanese specialities. There’s a flood of San Marino jinja wines: red, white, and sparkling—all dry wines made just next to the jinja. 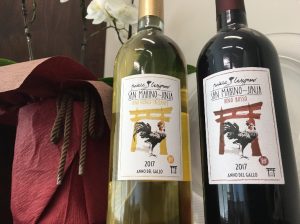 After lunch, visitors either go back to the San Marino city center to visit museums and shop around (everything is duty-free in San Marino), or to their hotels to take siesta.

In the evening, there will be some more activities in the central square of the Liberty, where many stands offer all kinds of Japanese food, drinks, osake, tea, souvenirs, and music.

There is usually a concert of classical or traditional Japanese music at the square, while the other parts of the ancient city are perfect for a romantic walk. In San Marino City there are no neon lights or publicity stands for the likes of Coca-Cola or McDonald’s; it’s a picture straight from the past. The city is rather quiet, its city being a UNESCO patrimony.

Cars are not allowed inside the center of the historic city, so visitors are assured of a quiet sleep. However, in the morning, at 8 o’clock, expect to wake up to the tolling of bells from many churches. 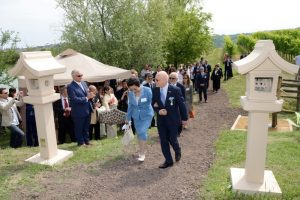 On Sunday, the second and last day of the Nippon Matsuri, there will be a big sitting dinner outside the Liberty’s square, with music played in the background. Again, Japanese and San Marino specialities will be served.

After dinner, all the Japanese wearing yukata (summer kimono) and non-Japanese people will walk around the city carrying Japanese-style lanterns (lighted by battery) and accompanied by Japanese music.

(For more details about the San Marino Nippon Matsuri, visit this site.) 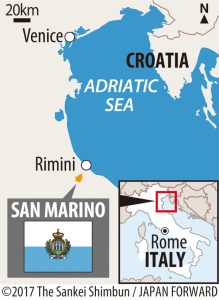 Visit the Republic of San Marino:

Manlio Cadelo is ambassador of the Republic of San Marino. He was born in Siena, Italy and studied at the Sorbonne in Paris. He first came to Japan in 1975 and relocated to Tokyo where he worked as a journalist before becoming the consul of the Republic of San Marino in 1989 and later became the San Marinian ambassador extraordinary and plenipotentiary to Japan in 2002. He was appointed dean of the Diplomatic Corps, or representative of all diplomats stationed in Japan, in May of 2011. His published works include Japan: the friendliest country in the world and This is why Japan is respected by the rest of the world.

Click to read the interviews with ambassador Cadelo: Part 1 and Part 2.