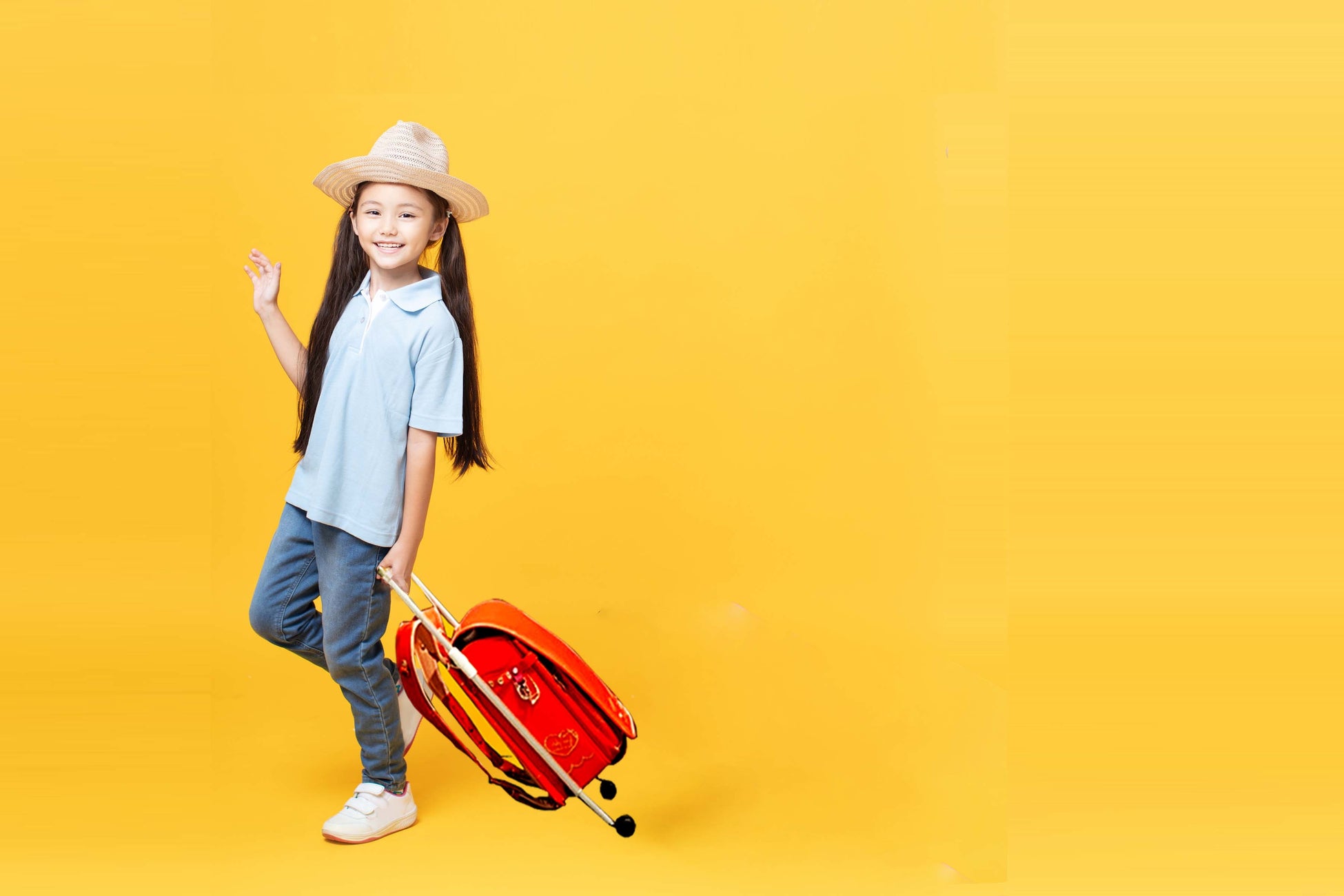 Have you ever heard of randoseru? They are leather or leather-like synthetic backpacks typically used by elementary school children in Japan. Acquired when Japanese students begin their first year of school, the same durable backpacks are usually used until the children graduate.

The bags are famously durable, but not without problems. Randoseru syndrome, for example, refers to a wide range of physical and mental disorders caused by prolonged commuting to school with ill-fitting or overly heavy backpacks worn by the children.

Tackling this problem, elementary school students in Tochigi Prefecture have developed a creative solution for randoseru syndrome. And they’re bringing it to market with the support of college students.

Looking for ways to lighten their own burden and that of their classmates, a group of elementary students came up with the sanposeru (さんぽセル). They’re basically sticks with tires that can be attached to a randoseru backpack, enabling it to work like a suitcase on wheels.

Despite becoming the subject of much debate, the sanposeru has been a hit. Since the product’s launch in April 2022, the students have received approximately 3,000 orders, with a waiting list of up to four months.

News of the product’s release has been met with a flood of more than 1,000 criticisms from adults. Elementary school students involved in its development are calling the situation the “Sanposeru Incident” and are outraged.

In spite of the unwelcome criticism from adults, the little inventors have become more determined than ever to proceed with their project.

Another goal of the project is to make adults aware of the school bag weight issue. On June 14, two elementary school principals placed orders for sanposeru, the inventors told the media.

To make commuting to school less painful for more students, they organized a donation-based crowdfunding campaign to distribute samposeru free of charge to those who request through school principals, mayors, the Ministry of Education, Culture, Sports, Science and Technology (MEXT), and the Prime Minister’s Office, which resulted in funding to cover the cost of approximately 3,500 units.

As for the other adults?

“I call on all principals, mayors, and ministers who reject samposerus to reduce the weight of their students’ backpacks by half of what it is now. If you do that, you can create an era in which samposeru’s are no longer needed,” said one of the young inventors.

School bags themselves are becoming lighter, but what is getting heavier is their contents.

The number of pages in textbooks is increasing every year, as well as the number of subjects taught in Japan.

As a result of COVID-19 and other factors, tablet devices have been introduced into the classroom, but students must now bring water bottles to school for infection control as well, which ends up adding weight to their backpacks.

On June 14, MEXT Minister Shinsuke Suematsu reacted to the sanposeru issue, saying: “The children have raised a valuable issue, and I hope that each school will once again consider how to handle school backpacks and other personal belongings with children as their first priority.

Continuing, he added: “I saw the pictures, and I was surprised to see that elementary school students themselves had come up with a solution to the problem.”

“In my view, it is outstanding that the children themselves identified the problem, went through trial and error, and found a solution with the support of adults. Everyone at the Ministry of Education thinks so, too,” Suematsu told the press.

The iconic Japanese student backpacks date back to the Edo period when Japan was heavily influenced by Western culture. They are an adaptation of the Netherland-style rucksack called the ransel, which was originally used by soldiers. The term itself is Dutch in origin.

Manufacturers have recently introduced a variety of colors, materials, and styles to product design, giving today’s children some options that were unimaginable to their parents.

But at the same time, prices have soared and the original bag has become unaffordable for some.

An empty randoseru weighs typically over 1kg (around 2 lbs), making it heavier than an ordinary backpack.

According to the Japan Luggage Association and Randoseru Industry Association, the average weight of books and stationery for first through sixth graders is 4.7 kg (10 lbs). If the weight of the school bag itself is 1.3 kg, this means that students carry approximately 6 kg (13 lbs) of luggage to school every day.

Carrying a heavy load in the incorrect form will increase the burden on the children’s shoulders and cause stiffness.

Additionally, when trying to walk with a full backpack, students will naturally lean forward if their bag is not fitted tightly.

This can also cause back pain and hunchback.

It is said that the six years of elementary school are an important period for physical growth, so the school bag should be designed and carried properly to avoid any health issues.