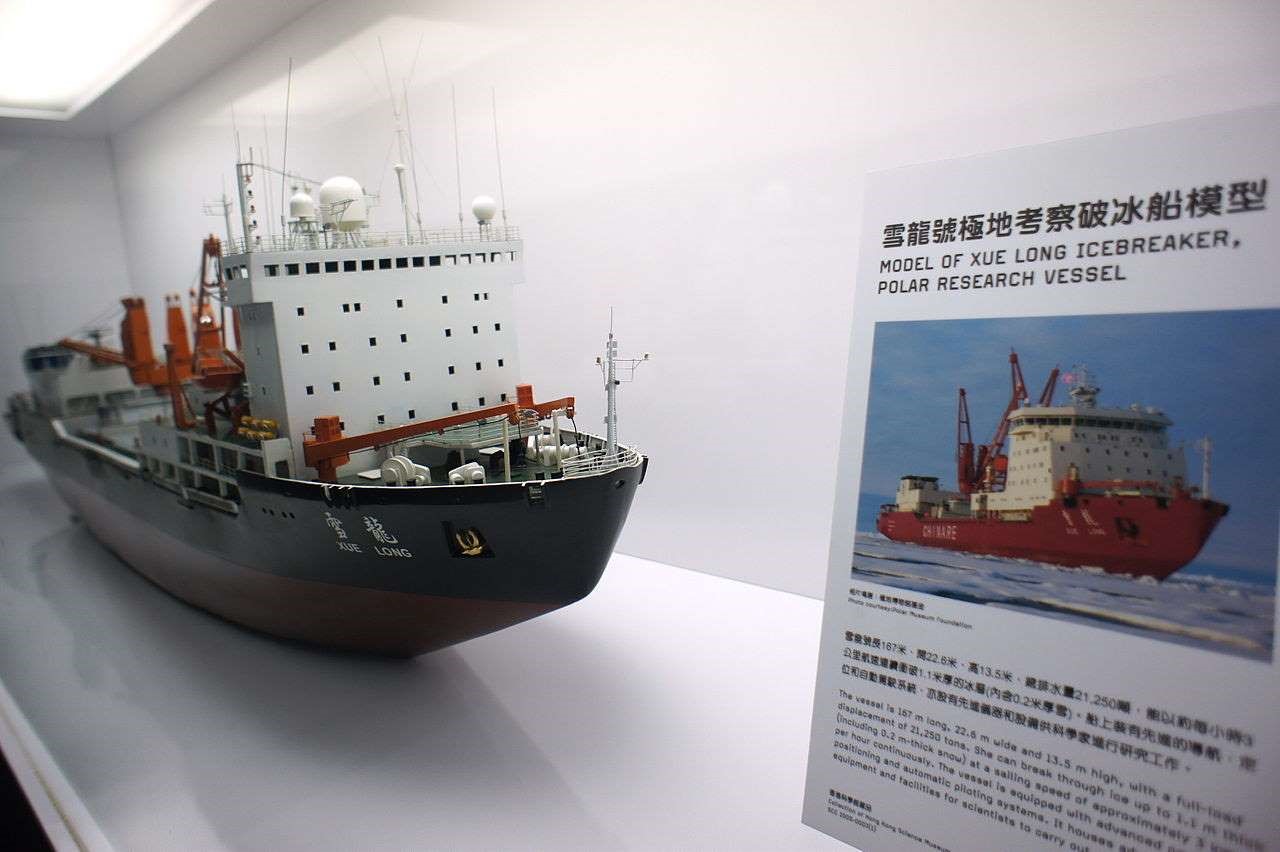 Going a step ahead in its unrelenting pursuit of technology that serves dual civilian and military purposes, China has successfully undertaken deployment of an autonomous underwater vehicle (AUV) for the first time in the Arctic Ocean.

The AUV deployment took place in August 2021 during Beijing’s 12th Arctic expedition to conduct research near the Gakkel Ridge between Greenland and Siberia in the high Arctic sea ice of the Central Arctic Ocean.

The deployment of this AUV establishes state-of-the-art technology for conducting topographical and geomorphological research with its low-temperature environmental adaptability, high-latitude and high-precision navigation performance. It is thought to have successfully obtained near-seabed high-resolution multi-beam, hydrographic and magnetic data in the research area.

The research was revealed in October 2021, when China’s Science and Technology news reported that autonomous underwater robots had carried out near-sea scientific research applications in high Arctic latitudes, thereby deepening China’s exploration and acquired knowledge of material energy exchange and geological processes in the ridges of the Arctic Ocean.

The AUV is deep-sea equipment developed by the Chinese Academy of Sciences’ strategic pilot science and technology project, titled Material and Energy Exchange in Tropical Western Pacific Ocean System and its Impact. In order to participate in the Arctic scientific expedition, the research team carried out environmental adaptability, high-latitude navigation, seabed detection, fault emergency treatment and other technical upgrades and transformations for the project known as “Exploration 4500”.

The precedent of independent underwater vehicle use in Arctic research is a critical step for China’s other multi-mission autonomous underwater vehicle initiatives with both civilian and military applications. Creation of these dual-use facilities will aid Beijing in making room for military activities including weapons testing over and under the high seas.

The 2019 and 2020 Annual China Report issued by the U.S. Defense Department to Congress specifically states that China’s “civilian research could support a strengthened Chinese military presence in the Arctic Ocean, which could include deploying submarines to the region as a deterrent against nuclear attacks.”

That China is an important stakeholder in Arctic affairs is emerging rapidly. Its strategic interests in the Arctic, however, go far beyond economics.

Notably, while not bordering the arctic, China’s State Council declared itself as a geographically “near-Arctic state” in its official  2018 Arctic Policy. It’s argument is that it is one of the continental states closest to the Arctic Circle. Other than economic interests in agriculture, forestry, fishery, and the marine industry, China confesses to be closely involved in the trans-regional and global issues in the Arctic, especially on issues of shipping routes, resource exploration, and security.


The Arctic in China’s Belt and Road Initiative

Calling itself a “responsible major country’,” China’s official White Paper on Arctic policy admits its interest in Arctic-related cooperation under the Belt and Road Initiative to advance its own interests.

While unveiling its “Vision for Maritime Cooperation under the Belt and Road Initiative” in June 2017, China identified the Arctic shipping lanes as a “blue economic passage” – amplifying its interests in building a “Polar Silk Road”. It thus raises prospects for the emergence of a potential new sea route that would be integrated into the BRI. The “Polar Silk Road” also finds mention in China’s 14th Five-Year Plan (2021-2025), extending to its long-range objectives up to 2035.

Incidentally, Beijing began expanding its foothold in this region almost two decades prior to the official declaration of this Arctic policy. Since 1999, China has conducted many Arctic expeditions and built its first research base, the Yellow River Station on Svalbard Island in 2004.

China’s strategic aggression in the Arctic needs to be read also through the prism of its mounting geopolitical competition with the United States and its allies. Former U.S. Secretary of State Mike Pompeo had cautioned against the perils of increasing Chinese investments and presence in the Arctic during the Arctic Council Ministerial Meeting in May 2019.

With all of the above developments by China, the Arctic Executive Steering Committee should find reason to make major readjustments to its objectives and actions, and consider the possibility to expand avenues for deeper technological cooperation with its major allies and partners including Japan.