Japan ‘An Anchor of Stability’ for Allies, Says Danish Ambassador 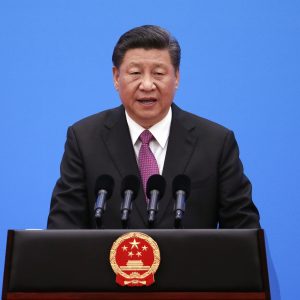 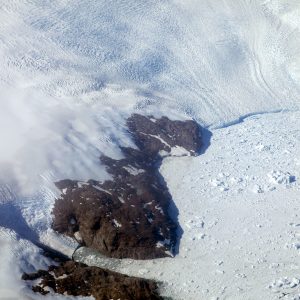 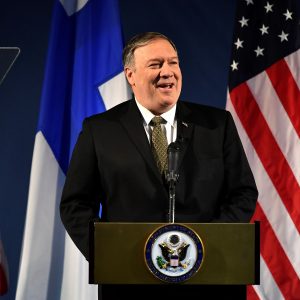 “I call Japan ‘an anchor of stability,’” said Freddy Svane, the Kingdom of Denmark’s ambassador to Japan, in an exclusive interview with The Sankei Shimbun and JAPAN Forward on July 2 in Tokyo.

“I don’t care who the prime minister of Japan is, it’s up to you Japanese to decide. What’s important is that Japan is a stable partner for all of us, both smaller and bigger [countries],” he added.

Ambassador Svane, whose term as Denmark’s envoy to Japan comes to a close at the end of August 2019, cited several reasons Japan and Denmark should remain close allies while monitoring recent moves that affect their regions and the international order.

Referring to the expansion of activities around the Arctic region, including Greenland, an autonomous country of the Danish realm, he emphasized the need to pay close attention to the economic aggression of China and military buildup by Russia in the high north.

He indicated how Japan “is playing a far bigger role” by using a “better balance” of economic power and political presence. He used the June 28-29 G20 summit in Osaka as an example, pointing out that “no new fractures happened.” He underlined that, “your Prime Minister [Shinzo Abe] managed to build compromises among all these G20 members.”

Ambassador Svane stressed that Prime Minister Abe “is basically friend of all the major G20 leaders…including Indian Prime Minister [Narendra] Modi, U.S. President Donald Trump, some of the other global leaders from Europe. Your Prime Minister has really put himself at the heart of global cooperation.”

He summed up June summit, saying; “[The] first time for Japan to host was a great success.”

Currents in the Arctic: Cautions on China and Russia

Ambassador Svane talked about the Arctic, where China has initiated strong efforts to spur the emergence of infrastructure construction and resource exploitation to enhance its presence in the high north.

Instead of China’s participation, the then-Danish Prime Minister Lars Lokke Rasmussen and the Premier of Greenland Kim Kielsen agreed in September 2018 that Denmark would provide 450 million Danish crowns in credit for the planned two-airport project. That was in addition to a state guarantee for a loan worth another 450 million Danish crowns from the Nordic Investment Bank, according to Reuters.

Talking about this path, Ambassador Svane said, “I think it’s a good decision.”

The concern was that Greenland would fall into the so-called debt-trap diplomacy by accepting development aid from China. That is what has been observed in Pacific countries that incurred huge amounts of debt after accepting enormous financial assistance through China’s One Belt One Road Initiative (BRI).

Both Denmark and its North Atlantic Treaty Organization (NATO) ally, the United States, which maintains an Air Force base in Greenland, are concerned about the “considerable political effects related to growing unease […] regarding expanded Chinese economic diplomacy on the island,” reported The Diplomat on February 12.

Sovereignty and Security Versus Economic Opportunity

Greenland is a part of the Kingdom of Denmark. The Act on Greenland Self-Government, which was approved by Denmark in June 2009, made it possible for Greenland’s local government to take on jurisdiction over education, health, fisheries, environment, and climate.

Nevertheless, there are some exceptions, such as defense, national security, the financial sectors, and monetary system.

Moreover, Greenland is a highly strategic location for the U.S. Air Force, which maintains its northernmost installation there, the Thule Air Base. Although the base was established in World War II, its current focus is on space defense, including the Ballistic Missile Early Warning System that allows the U.S. to monitor against the possible threat of an intercontinental ballistic missile or a hypersonic weapon.

U.S. Secretary of State Mike Pompeo remarked on the concerns at a meeting of the Arctic Council held in Finland last May, warning, “China’s pattern of aggressive behavior elsewhere should inform what we do and how it might treat the Arctic.”

He asked the audience to consider the choice: “Do we want the Arctic Ocean to transform into a new South China Sea, fraught with militarization and competing territorial claims?”

China laid out its ambitions in January 2018, in the release of its first ever white paper regarding the Arctic policy. In it, China proposes forming an arctic water route it calls “Polar Silk Road,” which would be one part of its BRI.

Avoiding any direct mention of China or its aims for development of the Arctic route, Ambassador Svane emphasized, “We think whatever is going to happen in international waters should be based on these very important principles, freedom of navigation as well as a rule-based behaviors.”

Mentioning Russia, which is expanding its military installations in the high north, he also noted, “[There are] geopolitical changes, there is interest in the Arctic from many, many countries.”

He concluded with a caution: “We can no longer just rely on the perception that there would be no tensions.”