China Expels Foreign Journalists: The Disease of Autocracy Tries to Cover Up An Inconvenient Truth 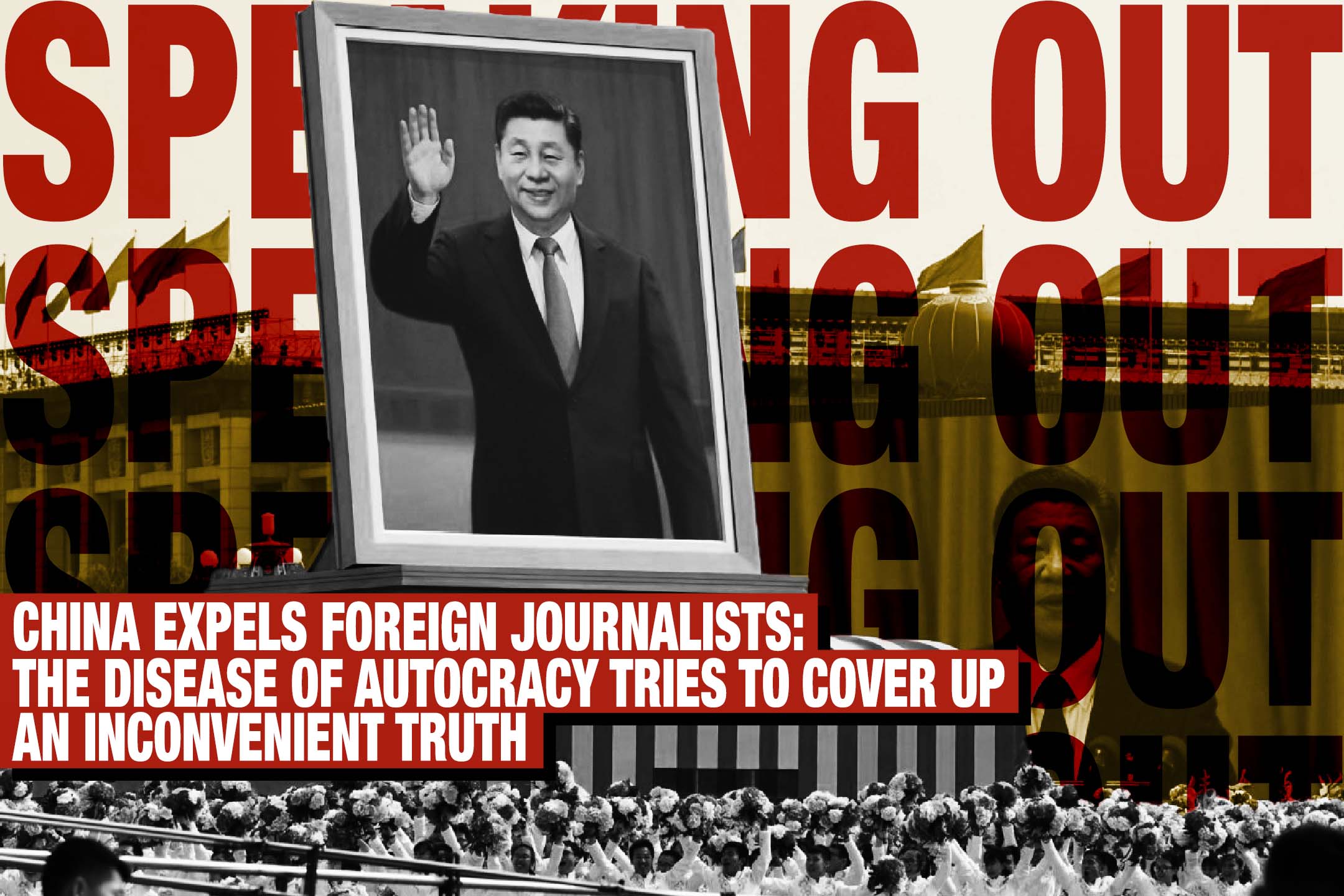 It may be natural for an authoritarian regime to cover up an inconvenient truth. For the reason of a column headline, China has expelled three correspondents of The Wall Street Journal. The action represents Beijing’s determination not to tolerate any news media commenting on the expanding new coronavirus epidemic, but it also indicates the limits of autocracy.

The Chinese Communist Party (CCP) has remained unchanged since it expelled reporters of three Japanese newspapers, including The Sankei Shimbun, in the Mao Zedong era a half century ago.

The Communist Party still fears that foreign media organizations’ press freedom would threaten the survival of the party’s dictatorship. The Xi Jinping regime has brought China back to that dark age.

Walter Russel Mead’s column titled “China is the Real Sick Man of Asia” in The Wall Street Journal on February 3 was not deemed remarkably critical of China among international media. Mead, a United States Hudson Institute scholar known for sharp comments on international issues, has regularly contributed to the newspaper.

The column criticized China for its messy handling of the new coronavirus epidemic that had broken out in Wuhan and expanded beyond China, warning that the epidemic could lead to the Chinese economy’s meltdown. WSJ editors gave the column the title, describing China as the “Sick Man of Asia.”

Before the Mead column, Minxin Pei, a professor at Claremont McKenna College in the U.S., contributed an article titled “The Coronavirus Is a Disease of Chinese Autocracy” to an online publication. It criticized the Wuhan authorities’ initial cover-up of the new coronavirus breakout as indicating a pathological secrecy. The Chinese Communist Party leadership might have sought to punish the Wall Street Journal as a foreign media scapegoat, to make it an example for others.

Expelling Foreign Journalists Brings China Back to the Mao Era

The arbitrary expulsion reminds us of what happened during the Cultural Revolution under Chairman Mao.

The Japanese correspondents, including Minoru Shibata of The Sankei Shimbun, were ordered by the Chinese Foreign Ministry to leave the country on September 10, 1967, for the reason that they ran counter to Chinese and Japanese peoples’ wish for friendship. Shibata carefully read wallposters placed by the Red Guards and reported that the Cultural Revolution essentially represented an ugly power struggle. The reason for the expulsion, the order also said, was that the correspondents proactively promoted then-Japanese Prime Minister Eisaku Sato’s evil conduct against communism.

Essentially, the action was Beijing's retaliation for Prime Minister Sato’s meeting with Generalissimo Chiang Kaishek during his Taiwan visit from September 7 of the same year.

On the expulsion of the WSJ reporters, China’s state-run Xinhua news agency condemned the Mead column as representing racism that was a worse enemy than an epidemic, arousing public opinion. It has been usual for the Chinese Communist Party to denounce foreigners and fuel nationalism in a bid to cover up a domestic policy gaffe.

If China had press freedom, it would have been able to contain the new coronavirus epidemic. However, it may be unreasonable to demand press freedom in a China that views the media only as the Communist Party’s propaganda machine. For this reason, the expansion of the epidemic may well be attributable to the disease of autocracy.

A version of this article was first published by the Japan Institute for National Fundamentals, Speaking Out #658, on February 26, 2020.