Kimono: Timeless Treasures on Display at London’s Victoria and Albert Museum until June 21 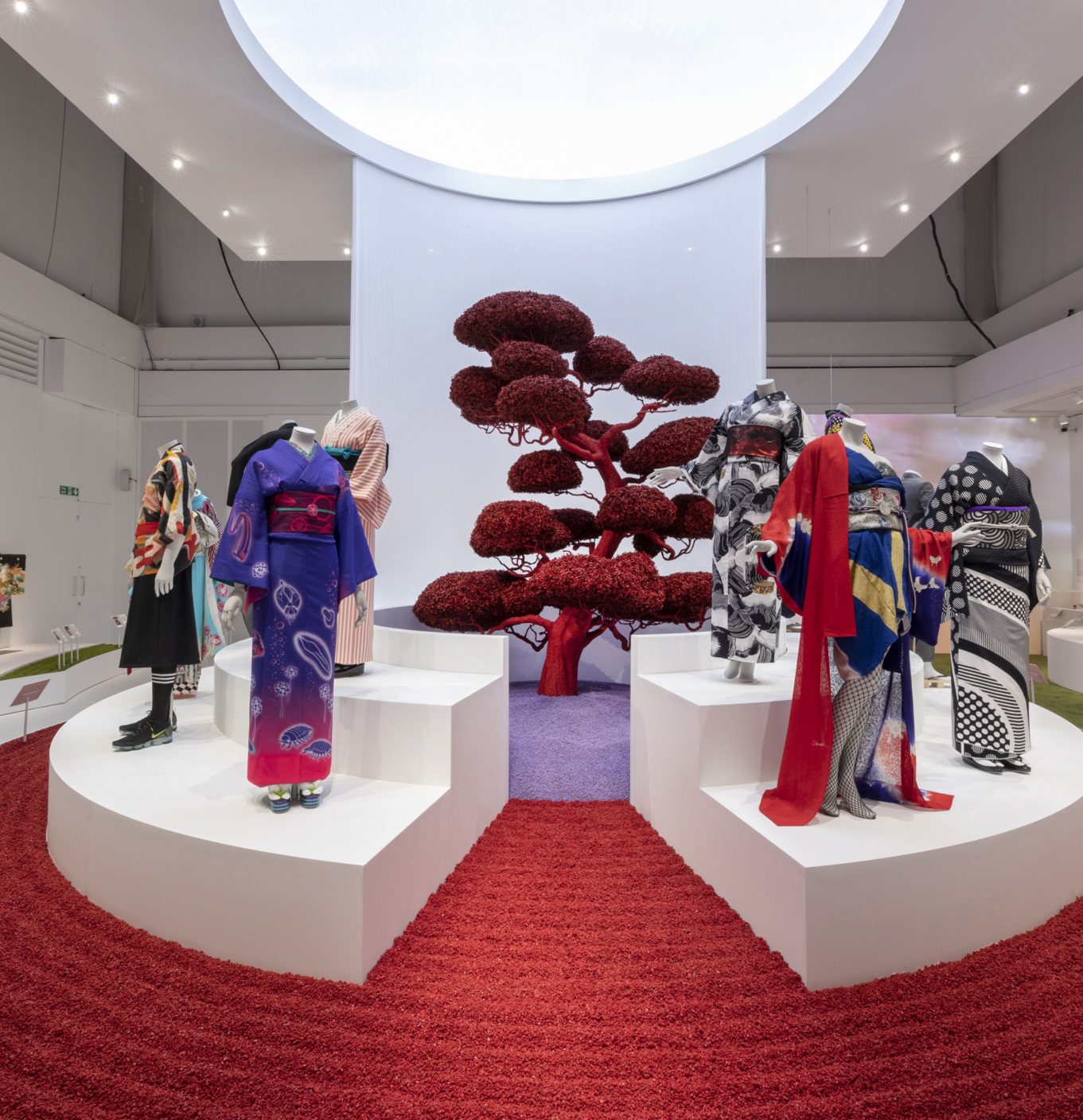 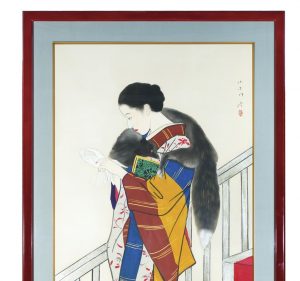 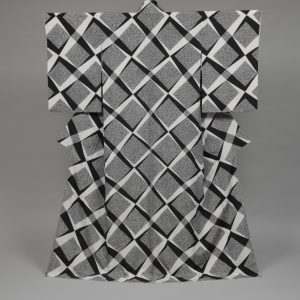 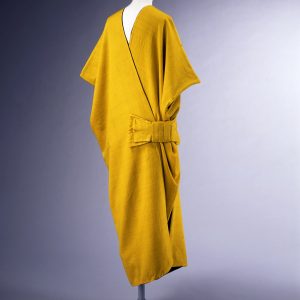 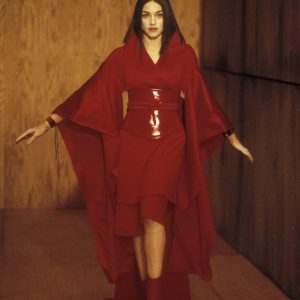 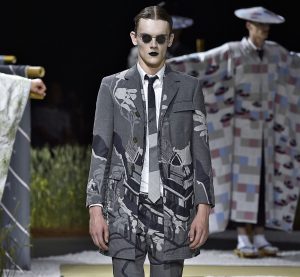 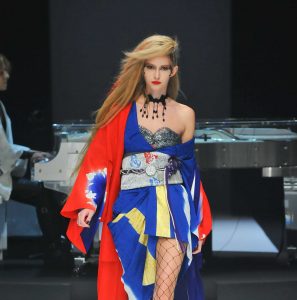 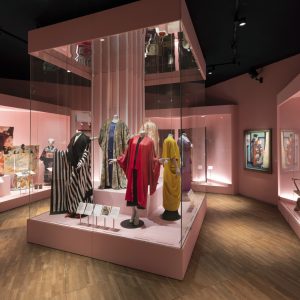 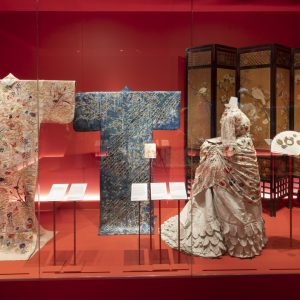 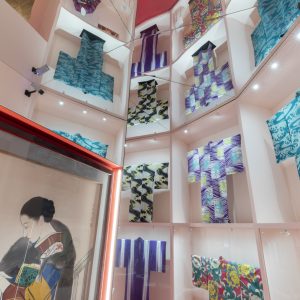 Europe’s first major exhibition of the kimono is a celebration of the garment’s unique place in the story of global fashion.

The Victoria and Albert Museum in London is showing more than 350 creations in Kimono: Kyoto to Catwalk, which opened to the public on Saturday, February 29.

“We want our visitors to gain an appreciation of the significance and the sheer beauty of the kimono, and we want to show that fashion is able to transcend geographic borders,” said Anna Jackson, the exhibition’s curator and the keeper of the V&A’s Asia Department.

The exhibition includes many treasures, such as an 18th-century summer kimono, which is yuzen-dyed and embroidered with golden-hued cherry blossoms. It is valued at around ¥2 million JPY (about £14,000 GBP or $18,000 USD) and it is too delicate to wear.

Despite being seen as uniquely Japanese, the kimono has had an influence on international clothing styles for nearly 400 years.

The Director of the V&A, Dr. Tristram Hunt, believes its allure stems from a simple structure and the invitation to create intricate designs on its surface.

“When we talk about kimonos, we often think of a beautiful and remote garment, a long way from ordinary people. This exhibition challenges that perception and it reveals that the kimono is highly dynamic. It’s been the focus of a vibrant fashion culture which has existed in Japan since the 1660s,” said Dr. Hunt. 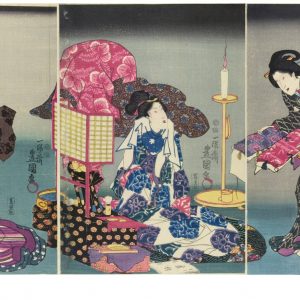 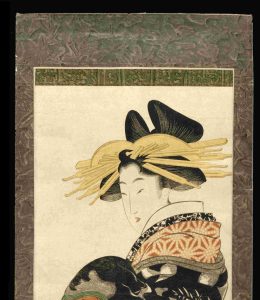 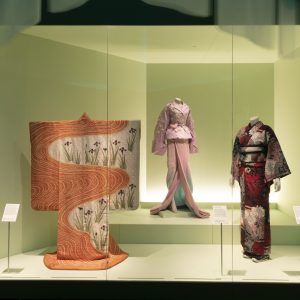 The first part of the exhibition examines the history of the kimono, with many precious examples from Kyoto and Edo, the city which later became known as Tokyo. Some of the clothes come from the museum’s own archive — the V&A has been collecting Japanese art and design since it was founded in the early 1850s. There are also pieces which have been borrowed from all over the world, including the Tokyo National Museum and the Kyoto Costume Institute.

People have been wearing kimonos in Japan for more than 1,000 years. However, it was not until the 17th century that nearly everybody, regardless of their social status, wealth or gender, began to use them on an everyday basis.

By that stage, there was a huge range of styles, patterns, and materials. Each type carried much significance, according to curator Jackson.

“The surface was really important and, of course, the choice of pattern and the color. That’s how you showed other people how wealthy you were, what your social status was, and, most importantly of all, how fashionable and tasteful you were,” she said. 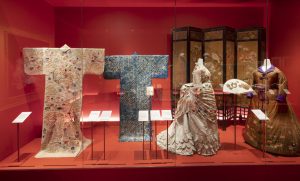 Some of the most fascinating exhibits date from the period between 1639 and 1853, when Japan’s borders were largely closed to the rest of the world and it was known as sakoku 鎖国 “the closed country.” Despite this isolation, some intrepid Dutch traders purchased kimonos in Japan and shipped them back to Europe, where they tried to sell them at a vast profit.

Jackson said, “At that time, Japanese manufacturers couldn’t keep up with demand, so kimonos were made in India to supply the European market.”

When Japan reopened its borders, western dress quickly became popular. Yet, even during the early 20th century, the majority of Japanese women continued to wear kimonos. The cut of the garment remained unchanged, but the designs were often modernized.

One charming painting in the V&A shows a kimono-clad woman as the epitome of modern sophistication, with a clutch bag under her arm and a fox fur draped over her shoulders. Although painted in 1935, she looks strikingly contemporary. One can easily imagine her sharing a selfie on social media. 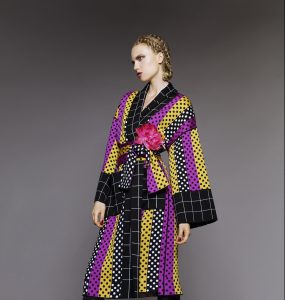 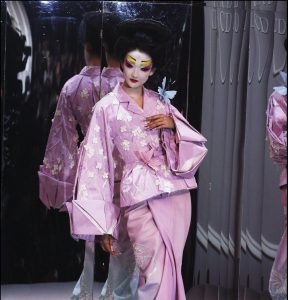 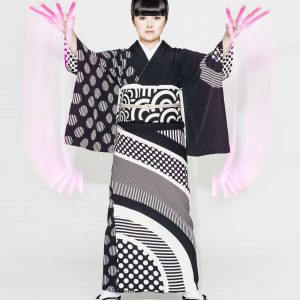 The final section of the museum emphasizes that kimonos have been much appreciated internationally since the end of the Second World War. There are examples of costumes worn by celebrities, such as Freddy Mercury, Madonna, and Bjork.

“The kimono’s timelessness and ambiguity has always made it popular with performers,” said Jackson. “It’s still having a big influence internationally. There are always ways it can be deconstructed and redesigned.”

She particularly admires recent works by a new wave of designers from across the world — including many from Japan, such as Rei Kawakubo — who are part of a global “kimono renaissance.” 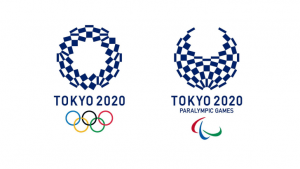 Logo of the Olympics

Hunt, the V&A’s director, enjoys drawing visitors’ attention to an intriguing link between a celebrated kimono and the logo of the Olympic Games, scheduled to be held in Tokyo this summer.

The logo includes a checkered pattern, shown in the traditional Japanese color of indigo blue. It was designed to convey a feeling of elegance and sophistication.

The pattern is known in Japanese as Ichimatsu 市松 — the name of a kabuki actor who performed during the 1740s. Dr. Hunt said: “The checkerboard on Ichimatsu’s kimono was influenced by fabrics from South Asia, which were imported into Japan by Dutch traders. I believe that this is eloquent proof that the story of fashion is so often a blurring of the unique and the universal, the familiar and the foreign.”

Kimono: Kyoto to Catwalk is held at the Victoria and Albert Museum in London from February 29 to June 21, 2020. It is sponsored by MUFG,

For Other Stories on Kimono

Duncan Bartlett is the editor of Asian Affairs magazine and a regular contributor to JAPAN Forward. He also runs the news portal Japan Story.