China Not Just Sponsor but Ringleader of Terrorism 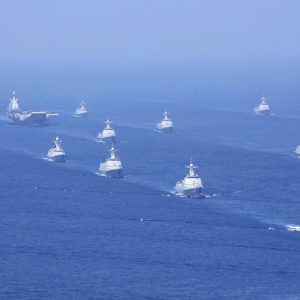 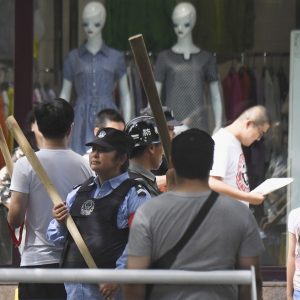 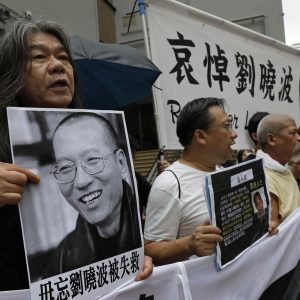 China is encouraging, enabling, and acquiescing in the behavior of allies and private citizens of China acting in a violent manner globally, earning it consideration as a state sponsor of terrorism.

This violent behavior includes reported use of lasers from fishing boats against United States Air Force pilots in the East China Sea. It also includes a maritime militia that harasses, rams, and sinks coast guard and fishing boats from Japan, Vietnam, and the Philippines in the South and East China Seas, and the global export of deadly synthetic opioids like fentanyl and carfentanil. Moreover, China allies itself with and enables U.S.-listed state sponsors of terrorism, such as North Korea, Iran, Sudan, and Syria.

Given the pattern and magnitude of these activities, China should be considered not only a state sponsor of terrorism, but the ringleader of such, and appropriately sanctioned through economic and law enforcement measures. The cruel irony of China’s current leadership of Interpol beggars belief and is an abuse of the legal system.

China’s maritime militia is perhaps the clearest example of activity that fits the definition of terrorism. China’s maritime militia and even its coast guard are implicated in activities such as the ramming and sinking of foreign fishing vessels, theft of fish catch, the taking of hostages for ransom, and the use of lasers against military aircraft. These activities are aimed at U.S., Japanese, Vietnamese, and Philippine fishermen, coast guard and military personnel within territory claimed by China.

But the greatest harm done by private Chinese citizens is through the introduction of synthetic opioids abroad, which has increased drug addiction and drug-related deaths in countries that China treats as enemies. According to William Triplett, former Chief Republican Counsel on the Senate Foreign Relations Committee, “The argument that the People’s Republic of China (PRC) should be listed as a ‘State Sponsor of Terrorism’ rests on two undisputed facts and two pieces of circumstantial evidence.”

The first fact, according to Triplett, is that “American citizens are being killed by Chinese-origin fentanyl and other illicit drugs at higher than war-time rates.” The second is that the “Chinese Communist Party runs a huge police state apparatus, including widespread use of CCTV and facial recognition, that is enormously successful.”

Triplett’s circumstantial evidence is that “Despite the Chinese police state apparatus, Chinese chemists are able openly to advertise their illicit products on the Internet and Deep Web and ship them from China to the U.S. more or less with impunity.” Yet, “Neighboring Russia, despite an almost overwhelming social problem with illicit drugs, seems to have none of them sourced from China.”

Yearly deaths from synthetic opioids (excluding methadone) in the U.S. increased steadily from approximately 5,766 in January 2015, to 27,902 in November 2017, according to the Center for Disease Control (CDC). Despite China’s cutting edge surveillance technologies, it turns a blind eye to fentanyl exports and publicly blames U.S. citizens for demand of the drug, rather than genuinely seeking to cooperate in the eradication of Chinese drug labs. Experts believe that China might cease what little enforcement against synthetic opioids it currently provides in retaliation against new U.S. tariffs.

According to former Director of Intelligence for the U.S. Pacific Fleet Captain James Fanell (USN, Ret.), “While the PRC’s lasing attacks against U.S. military aircraft in Djibouti and the East and South China Sea would normally be considered acts of war, in the context of what the PRC is doing by flooding the United State with lethal opioids, the lasing attacks should be included in the list of other acts supporting a U.S. administration decision to declare the PRC a state sponsor of terrorism.”

China’s support for the North Korean regime adds to the argument, given that North Korea was relisted as a state sponsor of terrorism by the U.S. State Department in November 2017. North Korea’s nuclear and conventional threats cause terror in the major cities of Japan, South Korea, and the U.S. Pyongyang’s abilities in this regard have been facilitated by China’s export of military technologies, as well as the diplomatic cover that China provides to North Korea at the U.N. While some may argue that North Korea is not strictly a terrorist entity because it is a state, no contemporary terrorist group has done more to strike fear into urban populations in democratic countries than has North Korea.

In 1984, China’s ally Iran was also labeled a state sponsor of terrorism. The State Department’s Bureau of Counterterrorism assembled a strong case for labeling China’s ally, Russia, a state sponsor of terrorism after the 2018 poisoning of a former Russian spy and his daughter in England with a rare Soviet-era nerve agent. That case was strengthened this month when the substance killed one British citizen and sickened another.

Syria and Sudan, also close to China, were labeled state sponsors of terrorism in 1979 and 1999, respectively. China supports the Taliban terrorist group, and the Haqqani, Al Qaeda, and Islamic State terrorist groups through its support of intermediary Pakistan.

A pattern of state sponsorship of terrorism, with China at its center, is increasingly apparent. The Shanghai Cooperation Organization, which undermines democracy globally, appears to be at the center of the threat. China founded the organization in 2001. Russia and Pakistan are members, Iran has official observer status, and Syria has applied for observer status. China has a nuclear deal with another player, Sudan.

There is a saying, show me who your friends are and I will tell you who you are. It indicates, if nothing else, that China is a state sponsor of terrorism. But the emerging pattern and leadership of terrorist activity since 2001 implicates China as not only a sponsor, but a ringleader of terrorism. The time is now to label and sanction it as such.