'Pain with No End': Why Abduction of Japanese by North Korea Should be Resolved Now 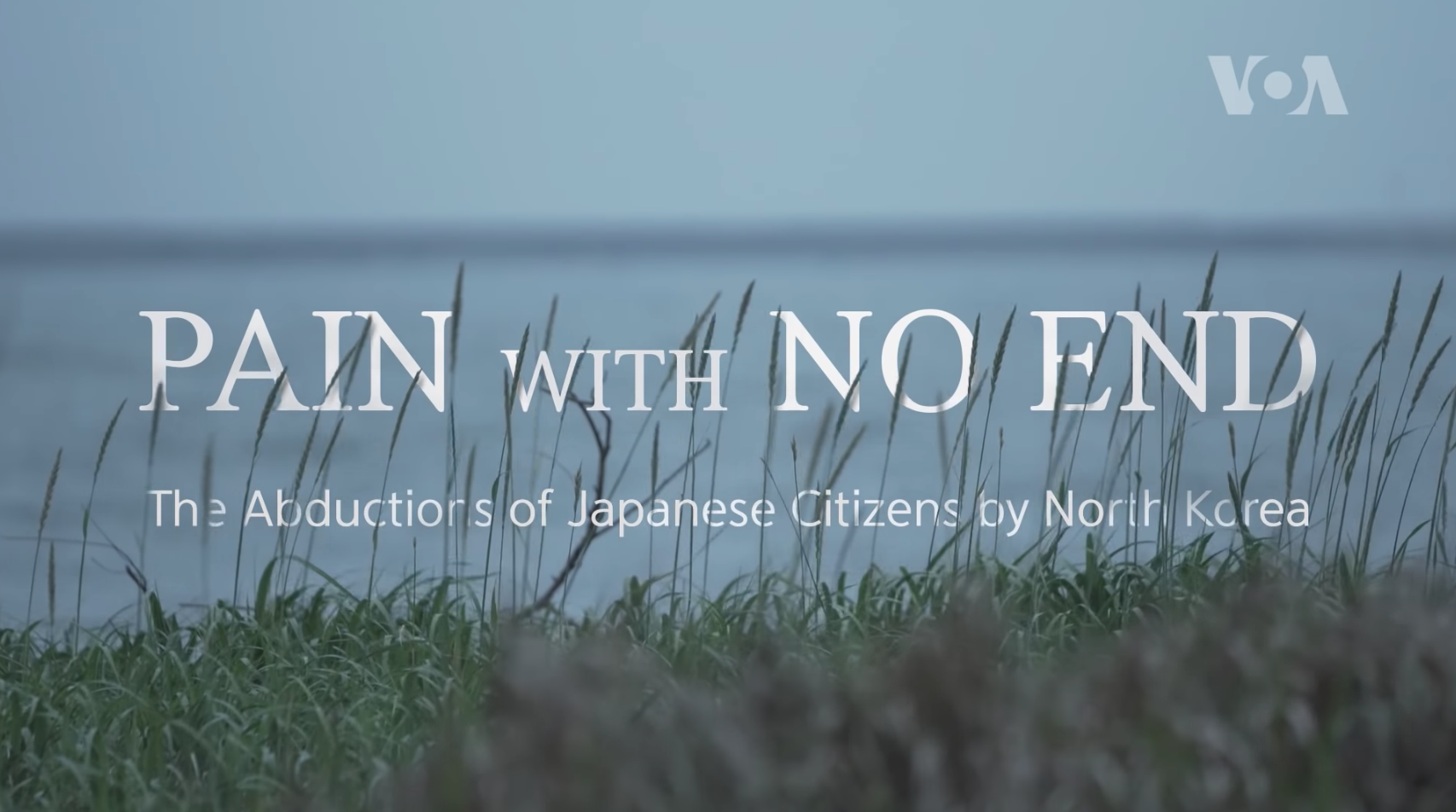 The producer, American journalist Euna Lee, knows something about this. She herself was detained and convicted by North Korea in 2009 after being accused of crossing the border when doing research on the Chinese border area. It took a visit to Pyongyang by former President Bill Clinton to secure her release and that of her colleague.

Produced by the Voice of America Korean Service, and published on July 10, the film includes interviews with new subjects as well as the now well-known families of many of the victims. It offers an insightful approach and fresh perspective on the 40 years and more of pain and suffering by the victims and their families.

The abductions of Japanese are more than crimes against the individual victims. Beginning some four decades ago, in the mid-1970s, North Korean agents illegally entered Japan for the purpose of kidnapping Japanese citizens and taking them to North Korea as part of a state policy.

In the confusion of the victims’ disappearances, the purposeful breach of Japanese sovereignty to deprive Japanese citizens of their human rights went unanswered by the Japanese government for many years.

That is no longer the case. Prime Minister Shinzo Abe has made it his top priority to resolve this issue and bring the victims back home

Thanks to Mr. Abe’s efforts, American President Donald Trump is also well-versed in the issue and brought it before the United Nations in his September 19, 2017, address to the UN General Assembly.

President Trump followed up by meeting with the families of victims on his official stop in Tokyo in November 2017.

The victims were mainly young adults with promising lives and careers ahead of them, and they just disappeared—with no hint as to who or where or why they were taken. Children as young as 13 years old, a young mother with infants at home, individuals and young couples strolling on the beach, a mother and daughter walking home together, were among those targeted by North Korean agents.

In all cases, the families had no idea where their loved ones went for decades.

The film plainly shows that the parents of the victims are growing old and several have passed away. In many cases, siblings of the victims have succeeded their parents in maintaining pressure on the Japanese government and the world to bring home their family members. At the same time, the victims who were young when kidnapped are themselves aging. There is little time left to bring this tragic history to a satisfactory end.

As the United States and the international community wait for North Korea to rejoin the civilized world, what could be a better way to show their willingness to change than to release the Japanese and other foreign abduction victims to their families and close this ugly chapter of North Korea’s past?

This new VOA Korean Service film, Pain with No End, will help the world better understand why that should happen.

Editorial: The Letters to Megumi Should be Read by All