China’s Military-Civil Fusion Strategy is, In Fact, a War Cry 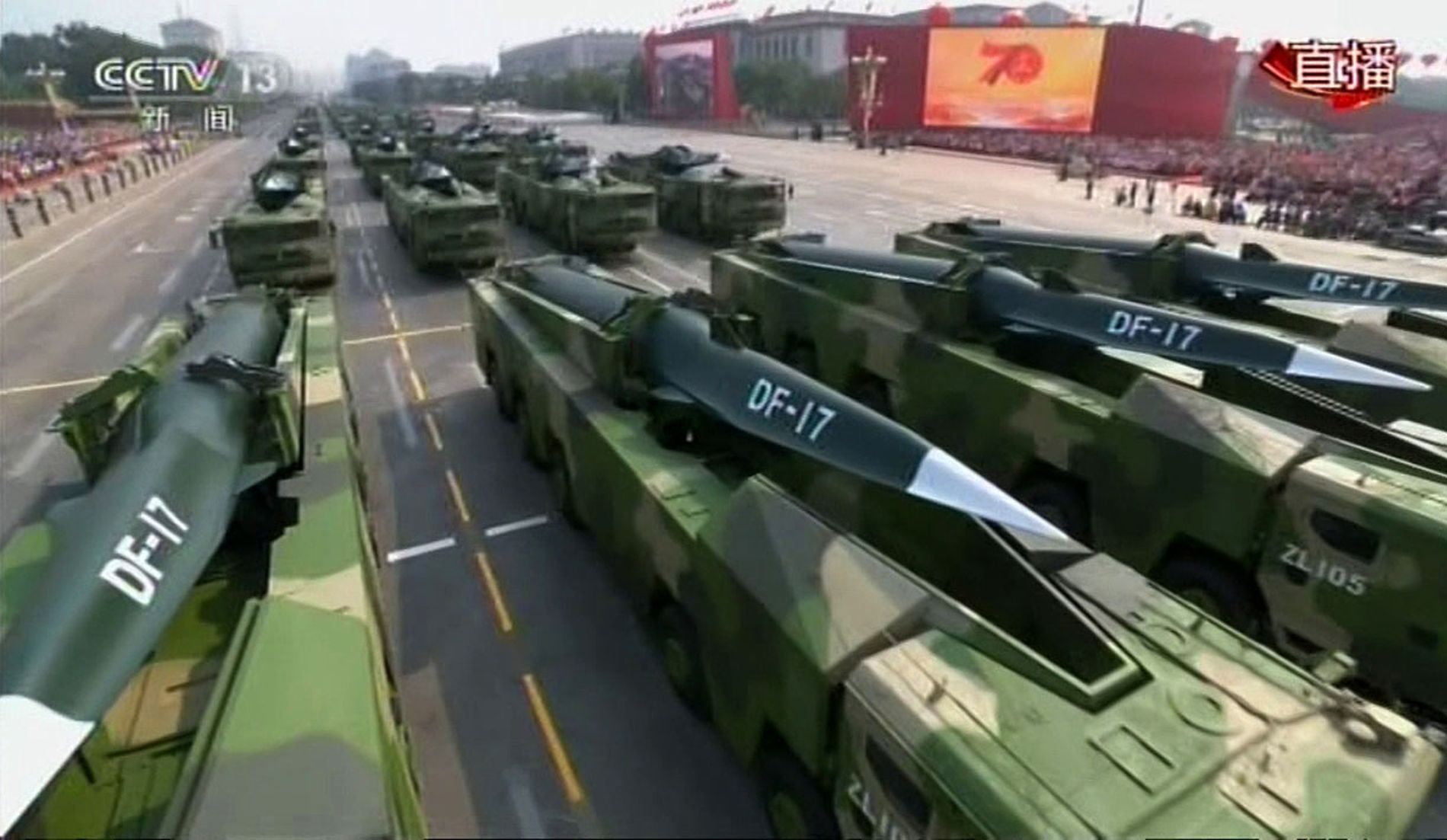 Chinese missiles on display in it's 70th anniversary military parade.

Military-civil fusion (MCF) has assumed shape as a key national strategy for furthering the Chinese Communist Party’s (CCP) goal of enabling its People’s Liberation Army (PLA) to become “the most technologically advanced military in the world.”

Hailed by the Chinese government as a cornerstone of national rejuvenation, MCF’s principal focus remains the transfer of dual-use technologies. There are arguments on the extent of development of military-civil fusion and the institutional roadblocks it faces. However, it cannot be denied that China is not too far from its goals vis-à-vis the degree of military-civil fusion and consequent capabilities that have already been achieved and integrated.

After all, China’s military and technological capabilities have outpaced most predictions made in the last two decades.


Character of Its Military-Civil Fusion

While at a first glance, China’s MCF appears to be a corresponding concept to the American civil-military integration, in reality this concept is far more complex. Furthermore, it has been in existence since the time of Chairman Mao. Thereafter, from the early 1980s to 2017, the Chinese government has made several attempts at military-civil integration.

The main problem during these earlier ventures was the inability of the civilian and military authorities to formulate and implement a military-civil integration-specific development strategy. Therefore, it is no surprise that under Xi Jinping, China is trying to turn over a new leaf on military-civil integration by devising a comprehensive MCF strategy with the goal of bringing technological benefits from all realms to the PLA. The program goes so far as to compel China’s commercial and civil sectors to aid and support the PLA.

China’s MCF is working to fundamentally transform civilian research to military applications. An essential element is the elimination of barriers between civilian research and military and defense industrial sectors, along with work towards blurring their boundaries. Ultimately the aim is to increase the connectivity of defense and commercial developments and applications in China.

The CCP is actively implementing this strategy, not just through its own research and development, but also by acquiring and diverting the world’s cutting-edge technologies. To this end it uses any means available, including reverse engineering, espionage and theft, in order to achieve military dominance. Beijing specifically seeks to exploit the inherent dual-use nature of many technologies which have both military and civilian applications.

Xi Jinping personally oversees the strategy’s implementation in his position as chair of the Central Commission for Civil-Military Fusion Development. Interestingly, in March 2015, Xi upgraded military-civil fusion to the status of a national strategy. Thereafter, in July 2016, the Chinese government released its Plan for Integrated Development of Economic and National Defense Construction, which provides clear direction to:

• accelerate formation of a new situation in which the Party, government, military, police, and people work together to secure borders.

RELATED: China’s Military Preparing Ready for Wars and for Those Who Interfere with Its Ambitions

The 14th FYP anticipates mobilization of military and civilian resources in defense, for use both internally and externally, with civilian entities across China actively involved in supporting the military and defense apparatus. Earlier, in a communiqué issued in October 2020 by the Central Committee of the CCP, there were numerous references to the need for deepening and expanding synergies between commercial and military technologies that would prove instrumental in advancing the capabilities of China’s PLA. It is a strategy that has come to be formally termed as “military-civil fusion.”

It needs to be underscored here that China’s MCF is a continuing policy decision from the previous 13th Five Year Special Plan for Military-Civilian Integration Development that was outlined in September 2017.

In all, MCF is a critical element of the national framework and the ensuing strategy for the CCP to advance its regional and global territorial ambitions. MCF aims to pave the way for China to transition to the capacity to wage intelligent and informationized warfare as it develops relevant military capabilities.

In pursuit of a revisionist territorial agenda, Xi Jinping clearly seeks to integrate a political system within which every possible asset can be incorporated into the Communist Party’s command.

Beijing is likely to implement an amalgamation of many military and civilian strategies as the centrality of China’s Military-Civil Fusion strategy ramps up. It will seek to do so in a way that creates capabilities specifically catering to its national strategic priorities for the 21st century — most importantly, national rejuvenation, territorial expansion, and extension of Beijing’s sphere of influence across Asia.

Politically, Xi Jinping moved into 2021, the CCP’s centennial year, with greater military stealth and push across the Indo-Pacific. He appears all the more determined now, as he kicks-off the autumn 2022 campaign, which will see him go in for an unprecedented third term as the CCP’s General Secretary and Chairman of the CMC.

The MCF is being interpreted as a war cry by the CCP to be combat-ready in 2022 and beyond — a call that the Party has made since soon after it assumed power in Mainland China in 1949. Developing the PLA into a world-class military by 2049 remains the primary aim. Toward that end, the developing ground realities of China’s activities and aggravations in the Himalayan borderlands, South China Sea, and East China Sea are increasingly being determined by a military-civil fusion of military stealth, economics, and politics.