EDITORIAL | Chinese Communist Party at 100: A History That Reeks of Repression 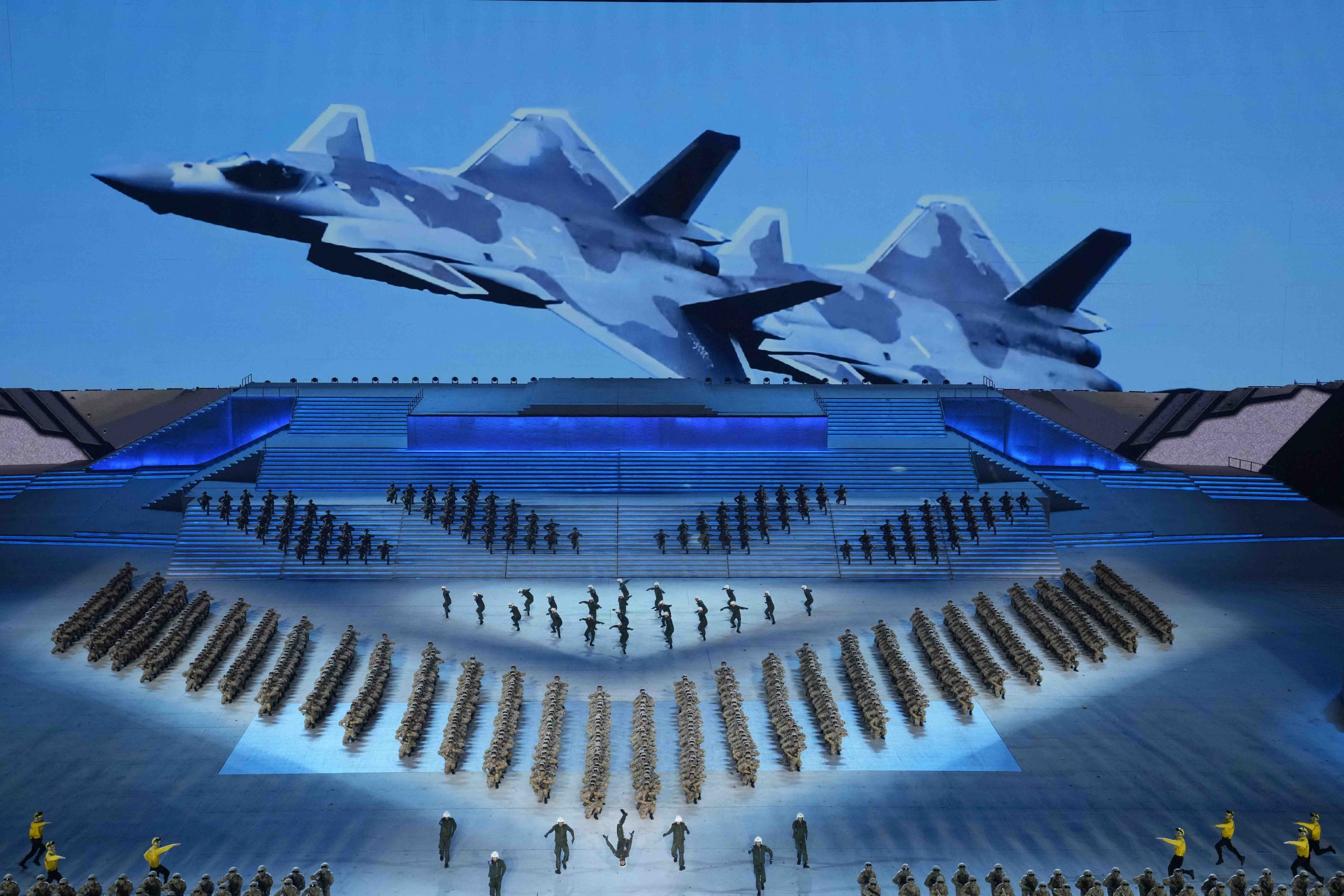 China's military members perform in a segment of a gala show ahead of the 100th anniversary of the founding of the Chinese Communist Party in Beijing on Monday, June 28, 2021, in a formation symbolizing the aggressive projection of power and force that has charactarized the CCP's behavior at home and abroad. (AP Photo/Ng Han Guan)

On Thursday, July 1, the Chinese Communist Party (CCP) held a huge ceremony to mark the centennial of its establishment in Shanghai in 1921.

With China having been transformed from an impoverished nation into the world’s second largest economy under its one-party rule, the CCP is eager to trumpet its “achievements,” both at home and abroad. Nevertheless, within China’s borders, far from everyone is sharing the celebratory mood the party is zealously promoting.

With the Chinese government suppressing freedom of speech in Hong Kong and routinely violating the human rights of ethnic minorities, international society is also increasingly viewing it with strong displeasure.

No one has forgotten that among the “achievements” of the party during the past century have been the disastrous Great Leap Forward in the 1950s that cost tens of millions of lives, the havoc of the Cultural Revolution, and the Tiananmen Massacre of 1989. In other words, it is a history that reeks of repression.

Outside of its borders, China is seeking to alter the status quo in the East China Sea and the South China Sea.

As a neighbor that belongs to the democratic camp, how will Japan confront a China that is at this crossroads of the centennial of the founding of the CCP, with a leadership that is further entrenching its dictatorial system? That is the pressing question that we need to ask ourselves.

On June 29, in a speech to a crowd of party faithful gathered in the Great Hall of the People in Beijing, Chinese President Xi Jinping (who also holds the post of CCP general secretary) emphatically demanded total loyalty from all party members. Xi said that every party member must have everlasting faith in the party, love the party, and steadfastly do their utmost in their given posts for the sake of the party.

A day earlier, at another ceremony held as part of the month-long centennial celebration, a historical pageant was staged on the theme of “the Great Road Traveled.” It lauded Xi as the man who was leading China into a “new age,” in effect placing him on a par with Mao Zedong, the “father of the nation.” The performance amounted to nothing more than an attempt to buttress Xi’s cult of personality.

Having reflected on the many disasters that occurred during Mao’s long dictatorial rule, including the decade of turmoil from 1966 during the Cultural Revolution, Deng Xiaoping and other party leaders instituted a system of collective leadership that lasted during the terms of party leaders through the administration of Xi’s predecessor, Hu Jintao.

However, since becoming CCP general secretary in November 2011, Xi has engaged in a series of purges of possible rivals within the party under the guise of fighting corruption, thereby paving the way for his creation of a long-term dictatorship.

Xi no doubt has at the back of his mind two other “centenary celebrations.” The People’s Liberation Army (PLA), the military wing of the CCP, will celebrate its 100th birthday in 2027. And 2049 of course will mark the 100th anniversary of the founding of the People’s Republic of China (PRC).

If he survives that long, Xi will be 96 years old at the time of the second event. It is not inconceivable that he could still be the supreme power holder at that time.

In 2018, China’s constitution was changed so that the previously existing limit for a president to serve, namely 10 years (two five-year terms), was scrapped.

It has also long been an unwritten rule within the CCP that the general secretary should serve no more than two five-year terms. However, if at the next party congress in the fall of 2022 Xi is elected to a third term due to his “achievements,” that tradition will become a thing of the past, and Xi will have consolidated his dictatorship.

The CCP centennial has brought into clear focus how Xi’s determination to institute a strong-arm dictatorial system represents a throwback to the dark days of the past. These developments should evoke a strong sense of alarm in the international community, including Japan.

Since the draconian Hong Kong National Security Law took effect a year ago, more than 110 democracy movement activists and journalists have been arrested, and, under severe pressure, the Apple Daily, which took the lead in criticizing China in the city, took the decision to suspend publication.

Whereas in the past Hong Kong stood as a symbol of liberty, today it has been forced into silence as darkness descends all around.

At the same time, the PRC is carrying out genocide against the Uyghur people in Xinjiang Province and otherwise violating the human rights of ethnic minorities, increasing military pressure on Taiwan, conducting coercive maritime expansion in the South China Sea and other areas, all in defiance of international law. It is intensifying its hegemonism through attempts to intimidate Japan and other neighbors.

During the “grand ceremony” that kicked off the series of centennial events, “July 1” awards were presented to “outstanding party members,” including maritime militia members active in the South China Sea and party members in Xinjiang who have taken the lead in cracking down on Uyghurs allegedly seeking independence. These awards only served to highlight the thuggish nature of the CCP regime.

The G7 Summit, which met in the United Kingdom in mid-June, affirmed that nations which share universal values such as freedom, democracy, and the rule of law will stand united in opposition to despotic regimes such as China.

In addition, Prime Minister Yoshihide Suga stated that China, too, must firmly guarantee freedom, human rights, and the rule of law for its people.

As a member of the G7, as well as one of China’s neighbors that is being directly impacted by the waves China is creating, Japan should be standing in the forefront of efforts to thwart the CCP regime’s quest for hegemony.

Despite this, China has announced that Diet member Ichiro Ozawa of the Constitutional Democratic Party of Japan and former speaker of the House of Representatives Yohei Kono sent congratulatory birthday messages to the CCP. Furthermore, the Diet has shelved adoption of a proposal that would criticize infringements of human rights by the Chinese government.

We should not forget that the decision of the Japanese government to oppose the sanctions on China — adopted by other Western countries following the indiscriminate killing by the PLA of students and other citizens demanding democracy in the Tiananmen Massacre of 1989 ー helped China quickly return as a member in good standing of the international community.

The time for reflection on past mistakes is now.