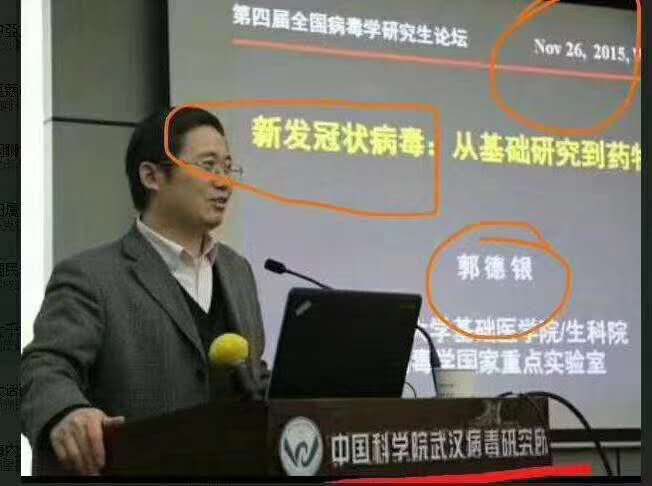 As COVID-19, the Wuhan virus, spreads around the world, it is important to remember that this is not a natural disaster, but quite possibly a man-made one.

The Chinese government knew that Chinese citizens were at grave and mortal risk from the virus. But, concerned only with its own political reputation, the government suppressed information, thereby triggering a global pandemic.

China’s mishandling of the coronavirus outbreak is by no means a unique phenomenon for a repressive government. A similar situation developed in 1979 upon the accidental release of deadly anthrax spores from a Soviet military research facility in the city of Sverdlovsk (now Yekaterinburg) in the former Soviet Union. It was later estimated that 105 people died as a direct result of their exposure to the spores, but the true death toll will never be known because the KGB destroyed all the evidence.

The reported death toll comes from the former First Deputy Director of Soviet Biopreparat, Kenneth Alibek (Col. Kanatzhan “Kanat” Alibekov). Before he defected to the West, Col. Alibekov had been responsible for overseeing dozens of biological weapons labs in the Soviet Union in the 1970s.

These numbers have been confirmed by Harvard biologist Dr. Matthew Meselson, a resident Central Intelligence Agency consultant who was tasked with investigating the anthrax outbreak in Sverdlovsk. In a lead-authored paper, Dr. Meselson confirmed that the Soviet explanation for the outbreak — that local residents were eating contaminated meat — was false, and that “the escape of an aerosol of anthrax pathogen at the military facility” in Sverdlovsk caused the outbreak.

The parallels between the Chinese government responses to the Sverdlovsk and Wuhan outbreaks are startling. Consider the following:

Is the Wuhan Virus a Bioweapon?

China’s lack of transparency about the coronavirus outbreak has raised suspicions that the COVID-19 was developed or at least in some way related to poor procedures in the P4-level biological research facility located in the city.

We should also note that the circumstantial evidence tying the Wuhan coronavirus outbreak to the Wuhan P4 virology lab is compelling, and growing. For example, scientists working for the People’s Liberation Army and the Wuhan Institute of Virology published articles in Science in 2005 and Nature in 2013 which clearly stated the goals of the lab: to replicate bats’ ability to asymptomatically carry a virus. Coronaviruses were used in these experiments. 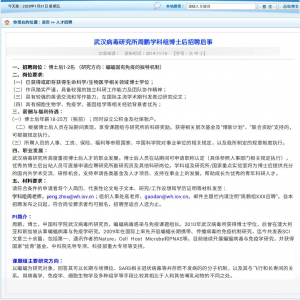 Wuhan Institute of Virology Research on Bats at P4 lab 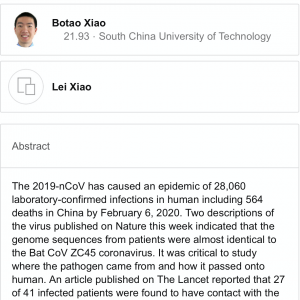 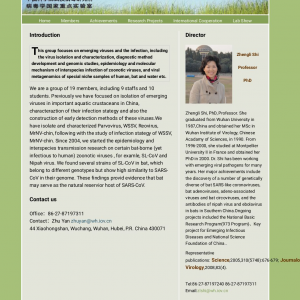 This information has not gone unnoticed at the highest levels of the American Congress. On January 30, 2020, Senator Tom Cotton (R-AR) issued a warning via the CDC (Centers for Disease Control and Prevention) urging a China travel ban in the wake of the coronavirus. In this video message, Sen. Cotton references an epidemiologist who stated that the virus went into the seafood market before it came out of the seafood market, immediately followed by the description of the P4 plant operations in Wuhan. He also references a Lancet article stating that patient zero was not infected at the seafood market.

Wuhan was not the only location where China was conducting experiments with possible pandemic consequences. For example, there were four fatalities after a SARS leak from a lab in Beijing in 2004, and 65 lab workers were infected with brucellosis in Lanzhou in December of 2019.

We also know that the People’s Republic of China was conducting virology experiments on bats at two labs in Wuhan. And, in February of 2020, Chen Wei, China’s top bioweapons military expert, was appointed to take control of the Wuhan lab, where it has been reported that the coronavirus originated. All of this reinforces the suspicions that the Wuhan global pandemic is a man-made crisis, not a natural disaster.

We should also be alarmed by the Cold War-level coordinated deception being orchestrated by Beijing. Immediately after the world began to dig into the virus origins from China, the PRC, Russia, and Iran began a massive disinformation campaign designed to hide the origin of the novel coronavirus in Wuhan. This disinformation campaign was intended specifically to stoke racial tension and cause cognitional chaos in the West and in Japan.

Many American and Japanese media and government organizations, including the New York Times, the World Health Organization (WHO), the Centers for Disease Control (CDC), began insisting, following the PRC propaganda line, that using the term “Wuhan flu” was “racist.” Wittingly or not, such people greatly assist the Chinese, Russian, and Iranian disinformation campaign attempting to attach the Wuhan virus to a nonexistent U.S. biological warfare program and to place the origin of the virus in the U.S., not in China. Chinese Foreign Ministry Spokesman Zhao Lijian, again echoed by outlets in Japan and the United States and elsewhere, even went so far as to claim that the U.S. military infected the city of Wuhan with the disease. This is the very definition of fake news.

Americans and our Japanese allies are now extremely concerned that China is the primary manufacturer of major brand-name and generic medicines. We must take action, now, to secure our countries and strengthen our alliance against the threat posed by the People’s Republic of China. If we do not understand the nexus between the Chinese government and the Wuhan outbreak, we will never be able to mount an effective defense of our free societies.

The first step is to gain an accurate assessment of the China threat. This is difficult, because the Chinese government floods state-run Chinese media and media outlets in other countries with disinformation. But concerted cover-ups and desperate blame-shifting point back to human failures at the epicenters of disasters.

As at Sverdlovsk in the former Soviet Union, there is every indication that the survival of a communist dictatorship was prioritized over the health and safety of the citizens of Wuhan, and of the rest of the world.

ARTICLES RELATED TO THIS SUBJECT: