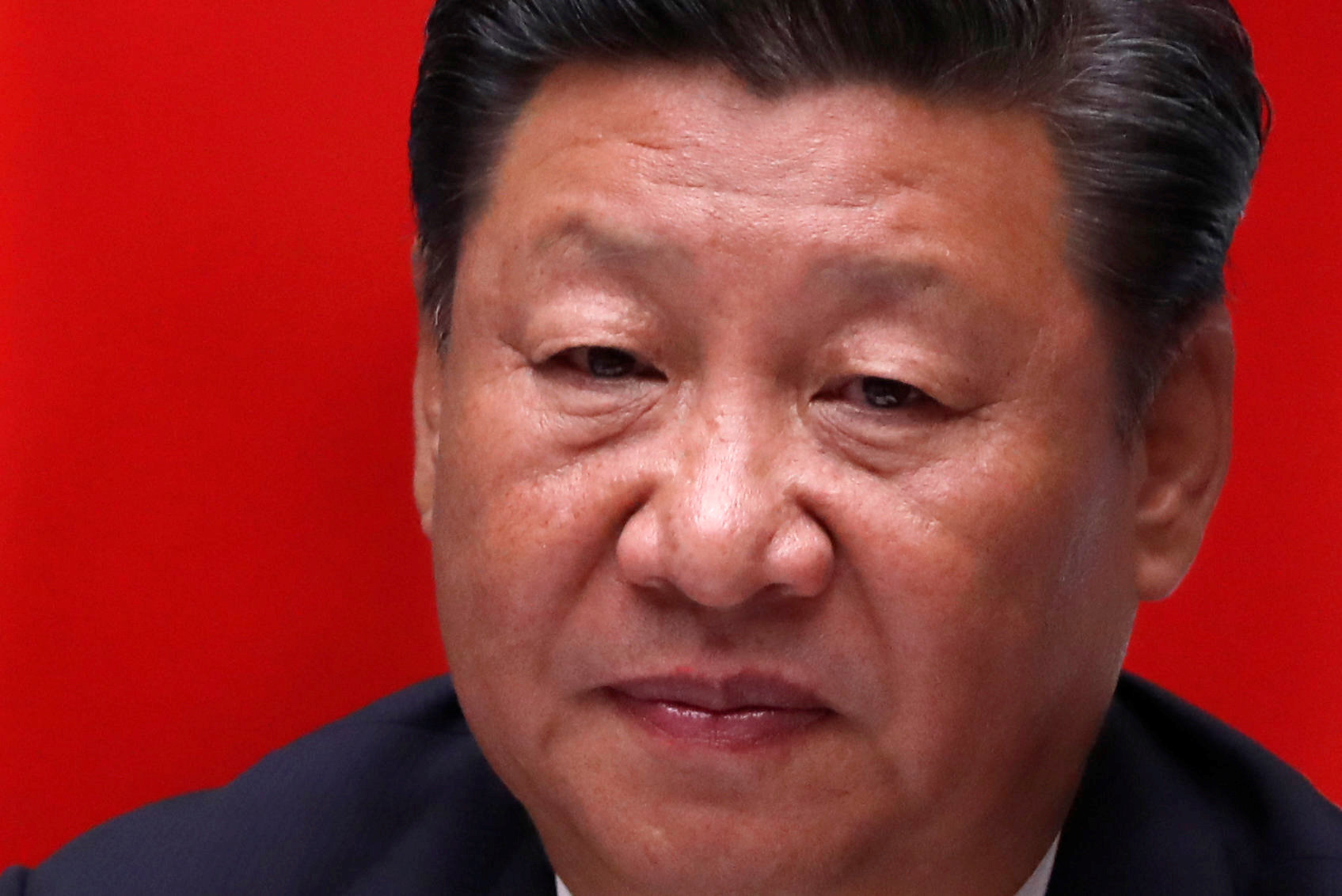 Until Doklam happened, from June 16 until August 28, Chinese President Xi Jinping, who is also chairman of the Central Military Commission, appeared totally in control, getting his act together almost perfectly. Known to be calculatedly astute, Xi was playing his political cards wisely as he prepared to go into the much-anticipated 19th Chinese Communist Party Congress, scheduled on October 18. He is expected to mark the beginning of his second, five-year term as China’s top leader.

The march towards the Party Congress began by ushering in sweeping organizational reforms within the Chinese military in 2016. It is widely known that, in Communist China, political power flows out from the barrel of the gun since the time of Chairman Mao. In that sense, the military reforms were being interpreted as being characteristic in achieving great power status and what President Xi often terms the “China Dream” of national rejuvenation. 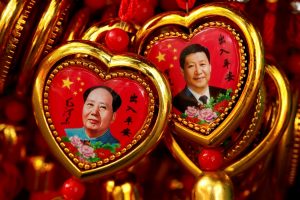 The Chinese leadership, and Xi Jinping particularly, appeared keen on portraying that a strong military is critical in advancing Chinese interests, preventing other countries from taking steps that would challenge those interests, and ensuring that China’s will shall ultimately prevail when it comes to sovereignty claims.

Besides, by constituting vigilance bodies, such as the Discipline Inspection Commission within the Central Military Commission, Xi Jinping has placed effective checks on the military’s power elite—thereby further strengthening his grip on power and eliminating any potential opposition or challenge.

However, the incident at Doklam and the Chinese military’s retreat following a near 75-day standoff with the Indian army have turned out to being a great lesson for Beijing.

Although the one involved was the small landlocked Himalayan kingdom nation of Bhutan, whose sovereignty was getting violated by China’s burgeoning revisionism, China was instead making a full throttle attempt at bullying, muscle flexing, misinformation and acidic media campaign against India and Bhutan. Beijing launched a campaign that was being watched by the entire world to argue that China’s “sovereignty” extends right till Doklam. The unprovoked and unilateral attempt to change the status quo in Bhutan after the People’s Liberation Army moved in an area inside the sovereign territory of Bhutan under orders from Beijing, received a stiff challenge both militarily and diplomatically from India. 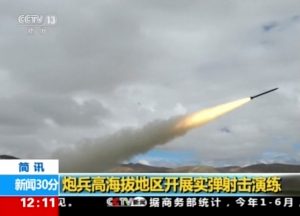 By issuing an official statement on the Bhutan-China boundary in the Doklam area, Bhutan also left no room for any false interpretation, or misrepresentation, of the incident. It clearly identified China as the aggressor. In an official statement released on June 29, the Bhutanese Ministry of Foreign Affairs stated the following:

“On 16th June 2017, the Chinese Army started constructing a motorable road from Dokola in the Doklam area towards the Bhutan Army camp at Zompelri. Boundary talks are ongoing between Bhutan and China, and we have written agreements of 1988 and 1998 stating that the two sides agree to maintain peace and tranquility in their border areas pending a final settlement on the boundary question, and to maintain status quo on the boundary as before March 1959. The agreements also state that the two sides will refrain from taking unilateral action, or use of force, to change the status quo of the boundary. Bhutan has conveyed to the Chinese side, both on the ground and through the diplomatic channel, that the construction of the road inside Bhutanese territory is a direct violation of the agreements and affects the process of demarcating the boundary between our two countries. Bhutan hopes that the status quo in the Doklam area will be maintained as before 16 June 2017.”

Now that China has withdrawn from the area along with the Indian forces simultaneously, and the situation has returned to status quo ante, it appears that China miscalculated in reading and anticipating India’s military and political response before it started this misadventure.

Following the agreement with India to withdraw troops from Doklam, China made best attempts at face-saving yet again, by launching a false media campaign through its state-owned and state-controlled press that consciously avoided making any references to China also pulling back its troops from the Bhutan trijunction. China’s Global Times was particularly vocal in its editorials on the Doklam standoff, accusing India of violating China’s sovereignty. It ran multiple articles that India had been underestimating the “military might” of the People’s Liberation Army, and that the PLA enjoys an “overwhelming advantage” over India, in case the standoff escalates into a conflict.

Interestingly, ever since the Chinese retreat from Doklam, the same Global Times on August 31 published the Chinese foreign minister’s statement that there was “great potential” for Sino-Indian cooperation as the two countries strive to mend ties torn by the recent border standoff and return to the track of cooperation. “As two big neighbors, it is natural for some problems to occur as interaction increases. What’s important is that [the two countries] should put these problems in suitable positions, respect each other, follow the consensus reached by the leaders of the two countries and properly handle [these problems],” Foreign Minister Wang Yi stated.

As I had argued earlier in an opinion piece published on August 10 in the midst of the standoff, China did not foresee India’s tenacious military resistance and political fortitude in response to the PLA’s attempted Doklam encroachment. Unlike the Scarborough Shoal episode, where the Filipino forces quit without contesting, the Indian army and its Eastern Command dug its heels and deterred the Chinese troops from making any movement forward—in a non-violent and non-escalatory manner.

This made way for Indian diplomacy to negotiate from a position of strength to maintain regional peace and stability. All these developments certainly came in as a rude shock to the Chinese military, especially that of India standing up to the Chinese and not withdrawing its troops unilaterally from the Doklam border area—a precondition placed by China for any talks/negotiations.

Clearly, Beijing today finds itself embarrassed and defeated in its attempt to go into the 2017 Congress as a “victorious nation” that managed to alter and create a fresh status quo situation, this time in the Himalayan borderlands, in the name of sovereignty. This would have been China’s second success at creating a fresh status quo situation, having done that previously in the South China Sea. However this was not meant to be, and the writing on the wall says that expansionist and combative China, which is seeking a wholesale revision of its foreign policy in its vision of becoming the center of Asia, should prepare itself to get challenged by India.

Xi Jinping will have a lot to reflect upon post-Doklam while he picks his cohort at the 2017 Party Congress, in which a new Standing Committee, the nucleus of China’s decision-making power apparatus, will be constituted. Although Xi shall probably consolidate his hold over the political and military affairs of the State, the shadow of China’s misadventure at Doklam shall silently loom large. It is in this backdrop that the question remains: will Xi consolidate his power and seek to retain control for yet another term post-2022, or would he pave way for an anointed successor during the 2022 Party Congress? 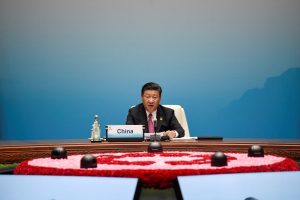 While Xi is expected to be backed with certainty for a second term until 2022, what he is likely to ultimately seek for is the continuing influence of his political relic within the Party, and, further, in the Party’s unceasing control over the PLA. While the title of “core” leader puts Xi on par with Mao Zedong and Deng Xiaoping, the litmus test for Xi would be ensuring economic stability throughout China and prevail through the economic muddle, given that China’s economic growth rate is becoming progressively difficult to predict with precision.

Economic steadiness has often been interpreted as an essential prerequisite to preserve the Communist regime’s continuing reign in China. A dwindling economic chart could cause far-reaching social strife—a scenario that any Chinese “core” leader would dread to grapple with. And to meet this challenge, which could well threaten the regime’s survival, the PLA would be expected to serve as the ultimate guarantor—a guarantor that has not fought a major combat war since 1979, including during the summer of 2017, when it retreated after 75 days of jaw clenching intimidation.