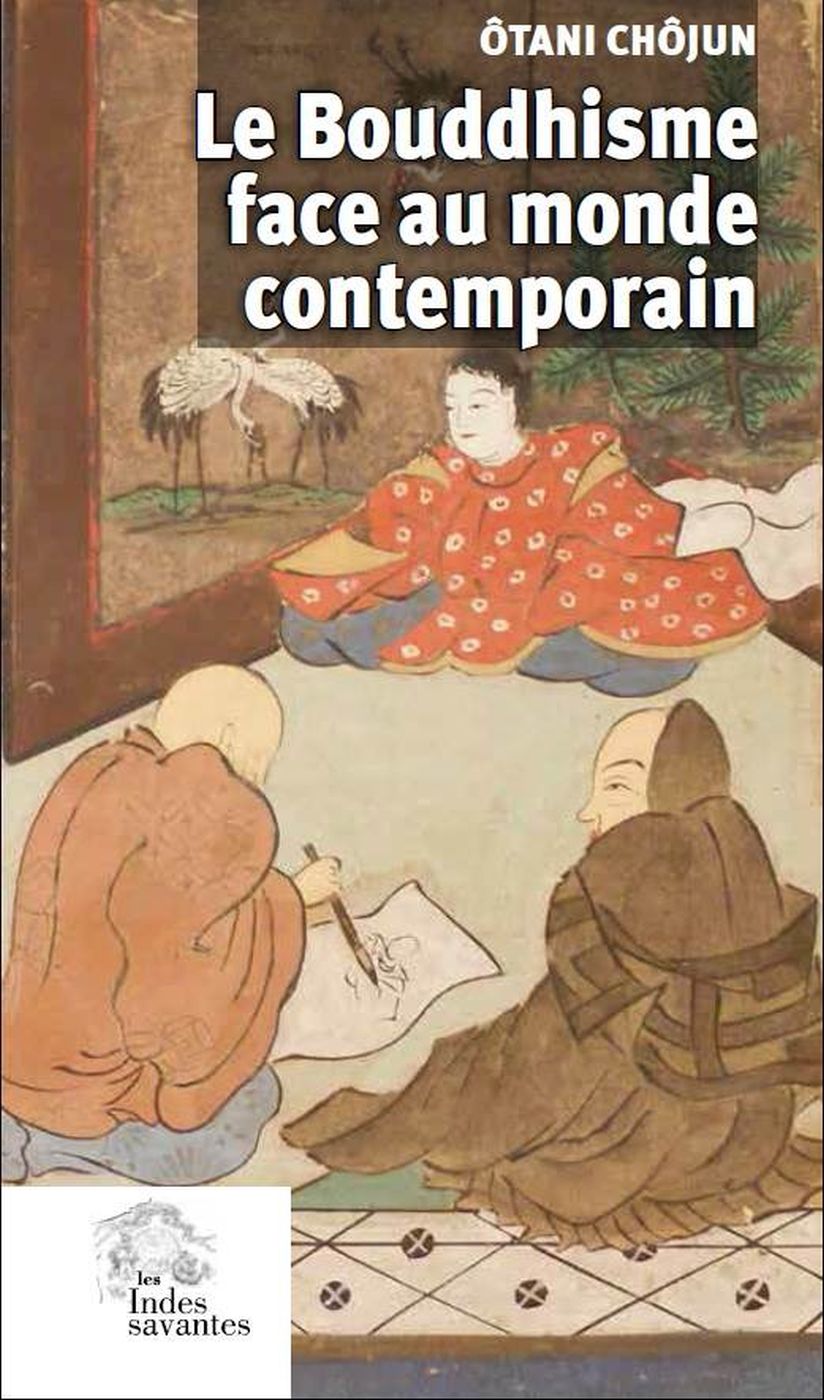 On May 3, 2018, Chohjun Ohtani, a high priest of Honganji Temple in Kyoto and leading scholar of the historic figure and Buddhist priest Rennyo, published a book in French titled, Le bouddhisme face au monde contemporain (Buddhism in Contemporary Society).

Published by Les Indes Savantes in Paris, it is a French version of his book, How To Live In The Modern Age, which was published by the Chuokoron-Shinsha Publishing House in Japan in 2017. 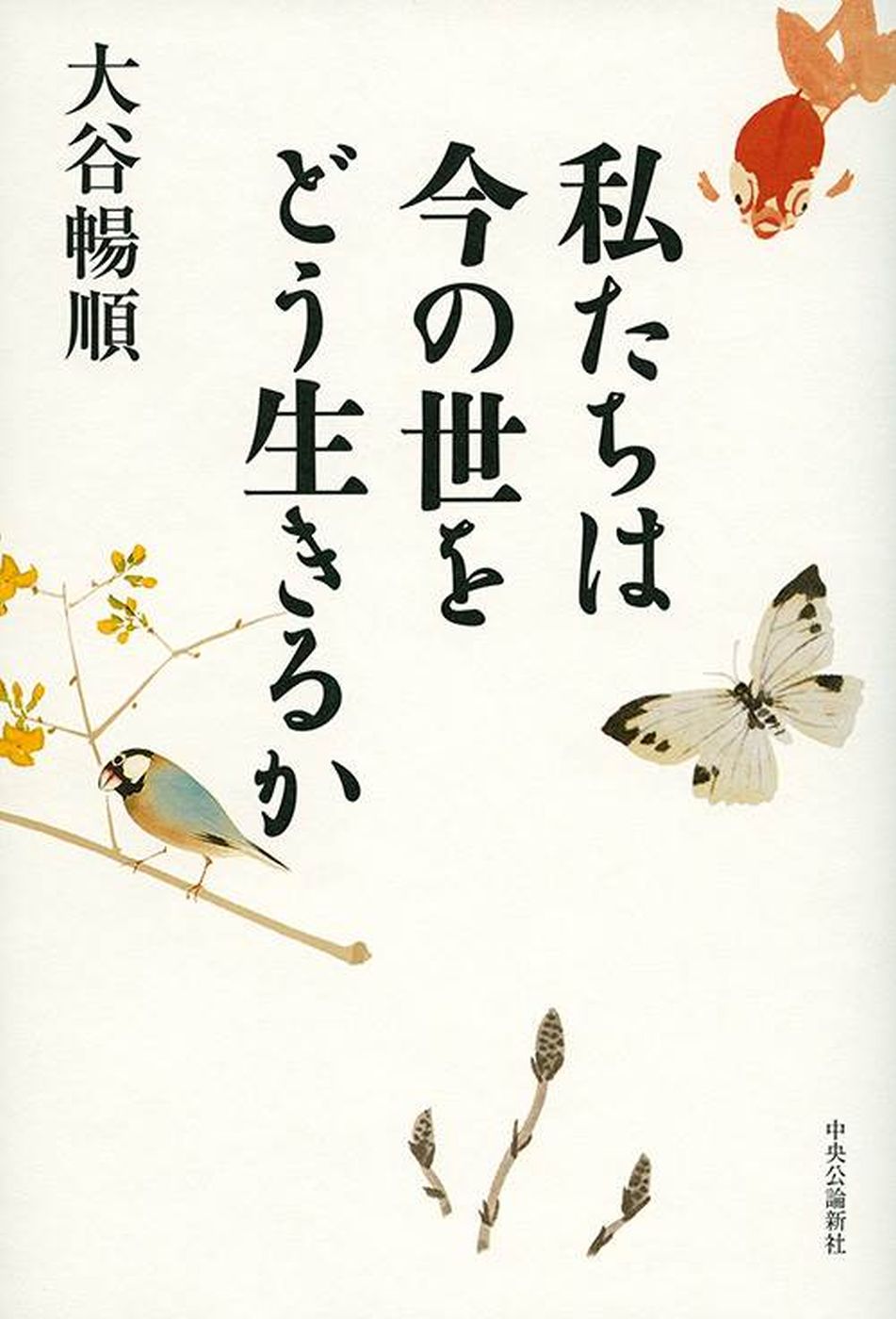 Prolific in philosophy and the French language, Ohtani’s opinions on the modern world serve as a guidebook for the young worldwide. His ideas reflect the teachings of Master Rennyo, a renowned restorer of Jodo-Shinshu (the Jodo Shin Sect of Buddhism), who expanded Honganji Temple into one of the most influential Buddhist sects in Japan.

Naoko Yamagami, editorial writer for The Sankei Shimbun and contributor to JAPAN Forward, interviewed Ohtani, who claims, “By questioning oneself, one can discover a new path of life.”

Q: Rennyo Shonin is the restorer of Jodo-Shinshu Buddhism and is also a renowned philosopher of the Middle Ages. How did you come to publish a book about him in French?

Ohtani: At first, it was not my intention to write about Rennyo Shonin or Buddhism. I wrote the book with the hope that it could serve as something that would allow young people from Japan or France to think about modern times, so to speak.

Ohtani: Today, young people are confused. Though it may not be a problem exclusively for the young, they are faced with many complexities in order to live in today’s society. A friend who is a former professor at INALCO (National Institute of Oriental Languages and Civilizations, France) translated the book for me.

Q: I’ve heard that when you write, you also tend to think in French.

Ohtani: With Japanese grammar, the subject or plural form tends to become vague, so when thinking theoretically, sometimes the French language is more suitable. Also, although discussing politics or religion is not a common gesture among Japanese, in comparison the French often debate such issues and are able to converse openly. I thought perhaps French people might have a better understanding of my book. Of course, I am a Jodo-Shinshu monk, so therefore, I have faith that the teachings of the Shin Sect of Buddhism shall salvage the confusions of this world.

Q: “To question the known” seems to be the biggest theme.

Ohtani: They were the words of Rennyo Shonin and are written in his son Jitsugo’s book, the Biography of Rennyo Shonin (1955, Hyakkaen Publishers), which compiles his father’s words, lessons, and actions. I believe I am the first person to bring forth this theme and discuss its concept.

Q: The comparison you made with Socrates’s quote — “I know that I know nothing” — was brilliant.

Ohtani: Socrates said that we should acknowledge that we know nothing, which relates to Rennyo’s ideas. Hence, he says “to question the known.” In other words, it reflects the Jodo-Shinshu doctrine, “salvation by faith in the infinite Amida Buddha.”

Q: Another thing you mentioned in the book which opened my eyes was, “Religion should be pursued through a path of inductive reasoning.”

Ohtani: Yes, that’s the key factor. It’s difficult for people to understand the religion because Buddhism is explained with the notion of deductive reasoning. It usually tries to lead one to a personal proposition (theorem) through a universal proposition (axiom). However, I don’t believe this is the best way to think of it.

A motive for religious awakening is unique for each person and is an individual and specific experience. But when it’s preached hypothetically, people tend to give up and say, “Forget it.”

Q: I see. This notion brings us closer to Buddhism. We often tend to regard it as something overbearing, like something of a “cosmic verity.”

Ohtani: It becomes difficult to comprehend when we think of it like, “Buddha appeared in order to teach us an enormous truth.” Buddha’s country, where he was born and raised, was crumbling and thus required him to think of a tactic to save it. That is how the notion of Buddhism started. I’m hoping people will understand this through the book.

Q: In the book, you also write about modern society and politics.

Ohtani: I fear for the crisis of mankind. We need to do something about this.

Q: What do you think the problem is?

Ohtani: We are unable to make the most of our feelings or opinions when we are trapped within a coordinated state structure. We talk about freedom of speech, yet we live within this framework. Therefore, we are actually denied freedom.

For instance, the Middle Ages is referred to as the “dark ages” in the western hemisphere. However, it was not so in the beginning. It started off as a promising age where agriculture bloomed. But, once society was enclosed within the feudal system, the world turned pitch black — that is to say, causes of prosperity directly translated into causes of deterioration.

For example, take science. A majority of people have faith in science. However, science discovered the atomic bomb. Before one knew it, the element of development metamorphosed into the element of disintegration.

It is perhaps the fate bestowed upon mankind. In Buddhism this is taught as “karma.”

Q: What can we do about it?

Ohtani: Honestly, I don’t know either. I feel it’s something we all need to think about together.

Q: You also talk about “kan’on,” where “kan” is feeling or sensation, and “on” is gratitude or favor in Japanese.

Ohtani: I looked it up in the dictionary, thinking there should be such a kanji collocation and found it. The word is not commonly used, but I feel this is the time to spread “kan’on.”

Appreciation is one-sided, but “kan’on” is something that resonates with one another. One side feels joy in doing a favor for the other, while the other side experiences joy being indebted by the favor. The joy is amplified through this resonance. This is crucial. I believe this could be a key factor that will salvage modern society’s crisis.

Q: In recent years, there’s been an increase in examples of Japanese words taking on universal meanings around the world.

Ohtani: You mean words like “Mottainai,” “Arigatai,” and “Omotenashi.” Actually, there is no word that translates to “on” in French. I don’t know about English, but I don’t think there is a word that has the same exact meaning. By all means, I would like to popularize the word “kan’on.”

Chohjun Ohtani is a high priest of the Honganji Temple in Kyoto and chairman of le cercle Ame du Japon. He was born in 1929 in Kyoto. He graduated from the University of Tokyo and the Sorbonne Senior High School. He received a doctorate in literature from the University Paris Diderot-Paris 7.

Ohtani is an honorary professor at the Nagoya University of Foreign Studies and recipient of the Order of the Academic Palms medal by France. His literary works include The Complete Works of Rennyo Shonin (Chuokoron-sha Publisher, 1998) and Joan of Arc and Rennyo (Iwanami Shoten, 1996), among many others. 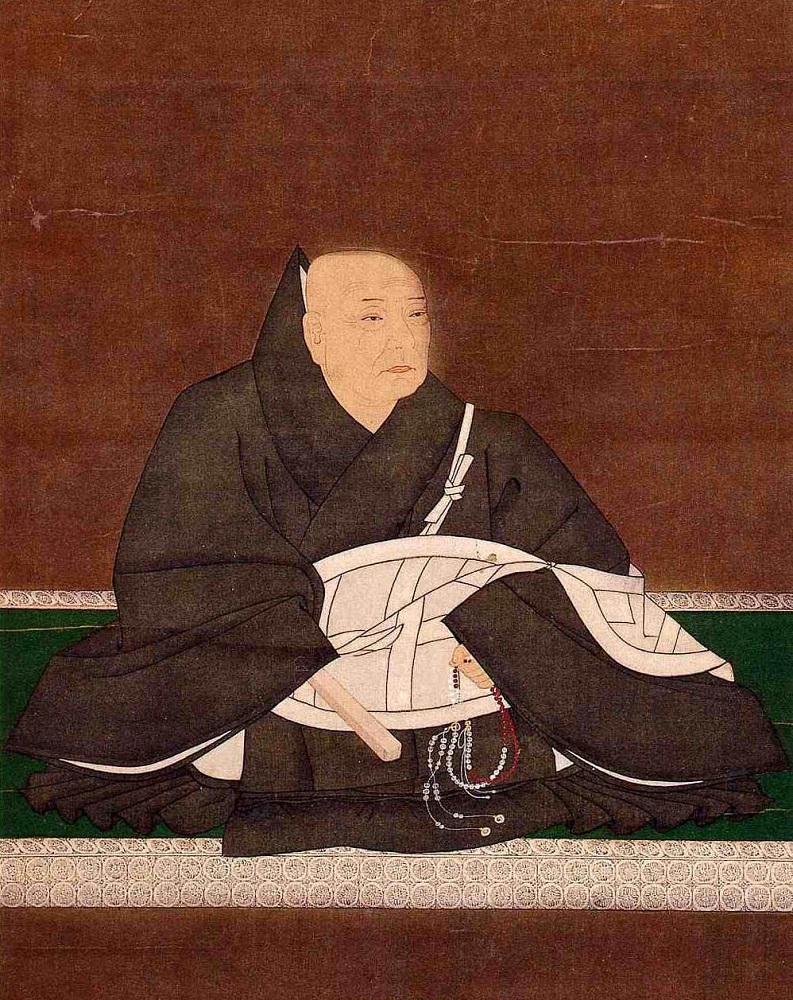 Rennyo Shonin (1415~99) was the 8th head priest of the Honganji Temple during the Muromachi Period and is often referred to as the restorer of Jodo-Shinshu.

In 1471, Rennyo left Higashiyama Ohtani in Kyoto and traveled to Yoshizaki in Echizen Province, where he spread the religion throughout the Hokuriku region. He built Honganji in Yamashina and Ishiyama in Osaka, and Honganji eventually flourished into a powerful Buddhism Shin sect in Japan. Currently, there is a museum in his honor, Yoshizaki Gobo Rennyo Shonin Memorial Hall, located in Awara City, Fukui Prefecture.

Click here to read the original interview article in Japanese.

Click here for more information about Honganji Foundation in Japanese and French.