Clusters of Infection Sprouting: Shinzo Abe on the Need to Extend the State of Emergency 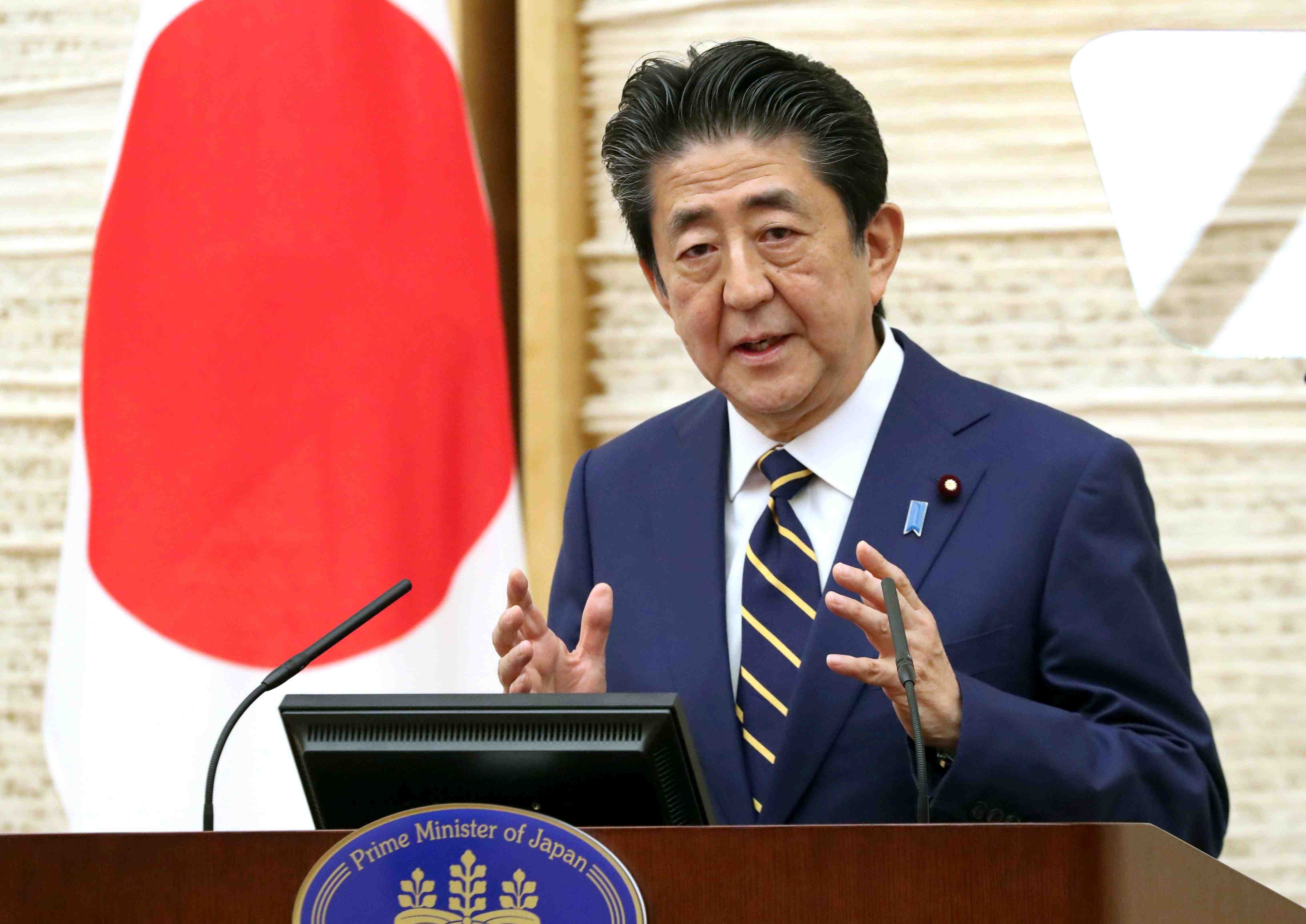 Citing the “very serious situation” Japan is facing due to the increasing number of cases of coronavirus infections, Japanese Prime Minister Shinzo Abe on Friday evening, April 17, stressed the necessity of extending the state of emergency nationwide.

While social interaction in normally busy areas had gone down considerably, Abe said this still fell short of the goal to reduce physical distancing by 80%.

“The number of new cases per day is still not decreasing. Today, Tokyo announced the highest number yet of new cases — more than 200. This is a very serious situation,” the Prime Minister said in a press conference.

“The social interaction in cities, particularly in places like central Shibuya (Tokyo) has gone down by 60%, and Umeda Station (Osaka) has gone down 70%. However this is still not as high as we are aiming for,” he continued.

As of April 17, Japan had 9,664 positive cases of the coronavirus disease (COVID-19), an increase of almost twice the number one week earlier. For the first time, Tokyo registered more than 200 positive cases in one day, bringing the total tally to 2,796, compared to the 1,515 from the week before.

To slow down the spread of the virus, Abe and the local governments have been calling upon citizens to decrease social interaction by at least 70%, better yet 80%, since the declaration of the state of emergency on April 7.

“It is extremely difficult to see a decrease in new diagnosed cases until we reach that goal…. I would like to ask you to avoid contact with people. This is connected to saving people’s lives, in hospitals ー saving your lives and those you love,” Abe said in his press conference.

Abe explained in plain language that the reason for the sudden rise in cases was the increasing number of clusters mushrooming all over the country.

“The analysis of experts puts the cause of this to the relaxation in attitude over the long weekend of March 20, and the movement of people from the cities to the countryside,” he said.

There was particular concern about the danger of viral spread over the impending extended national holiday called the Golden Week. One of the longest holidays of the year, it normally sees hoards of people either travelling or going back to their hometowns all over the country between the end of April and the beginning of May.

The Prime Minister explained that this policy was intended to deter the movement of people in the face of the holiday: “People might want to move from the countryside to the city, but we absolutely need to avoid that. Otherwise, this will lead to the most feared outcome, by which I mean the explosive rise in cases all over the country.”

This sentiment of asking people to step up their efforts in avoiding social interaction was mirrored earlier in the day by Tokyo Governor Yuriko Koike, who, upon announcing the highest number of cases yet in Tokyo, called on citizens to ramp up their efforts.

“I know that many feel a sense of exhaustion from being asked to stay inside all this time, but the reality is that it’s still early…. I would like people to think that the fight towards beating this virus has just begun,” Koike said.

Thanking Essential Workers in the Emergency

Abe began the press conference by thanking all those who help carry on with essential business, infrastructure, and hospitals all over the country, saying: “We wouldn’t be able to win the fight against the virus without these people. In the fight against this invisible enemy, I would like to formally thank these people for the way they sustain our society.”

To bring relief to those working on the front lines in hospitals, Prime Minister Abe pledged to increase resources for personal protective equipment and machinery. Abe also shared that 13,000 members of the Self-Defence Forces are standing by to help, should the need arise.

The Prime Minister also announced during Friday’s press conference that all citizens would receive a cash handout of ¥100,000 JPY (roughly $978 USD) each, whether or not they had experienced income loss due to the crisis.