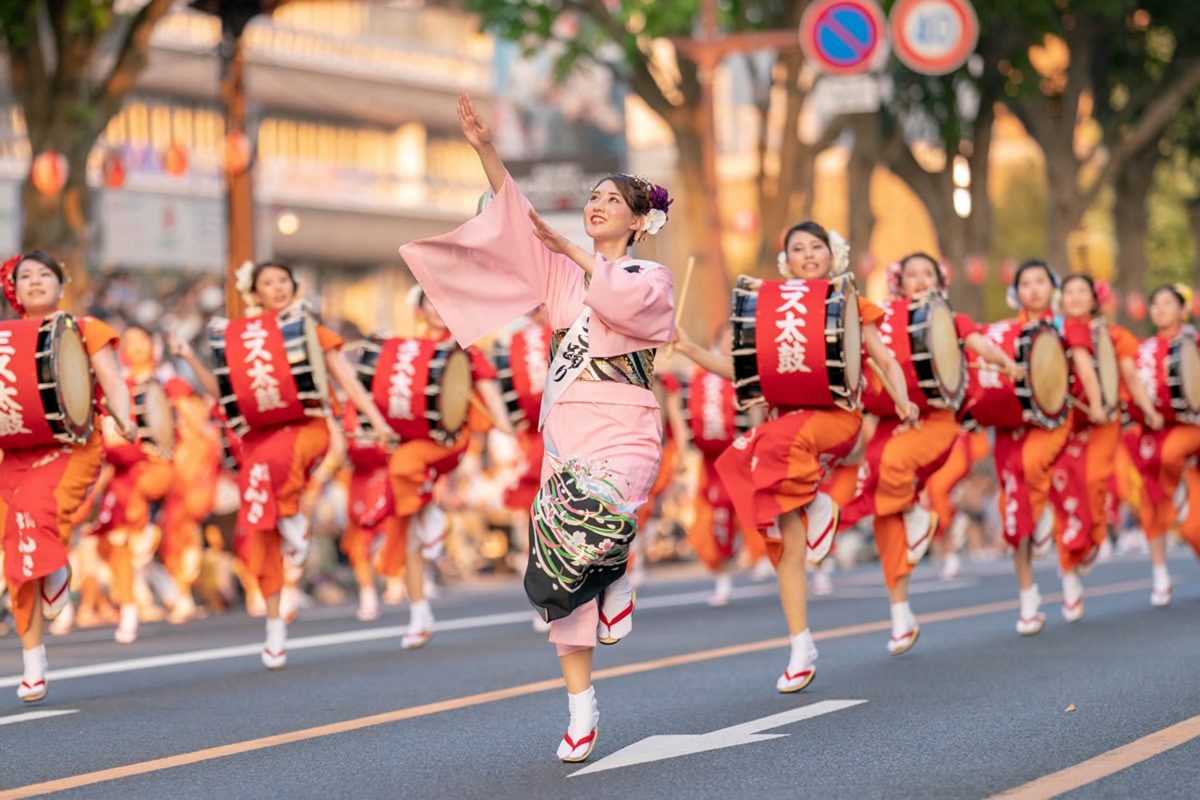 To truly experience the cultural heart of Japan, one must visit its festivals.

Japanese festivals are raucous and joyful events, filled with noise and songs. Indeed, they were once thought to be the method by which people could make their voices heard by the gods.

Nearly every town in Japan holds their own festival. So, which one to choose? For a unique opportunity to see the customs of six communities in one special event, the Tohoku Kizuna Festival can be ideal. It celebrates the cultures and traditions unique to the Tohoku (Northeast Japan) region, and in 2022 it will be held in the city of Akita.

As a region, Tohoku was pinned on the global map by the Great East Japan Earthquake in 2011, when the earth shook and giant tsunami waves brought massive changes to the landscape. However, as the area rebuilt and gradually moved towards the future, the region has gained a reputation as a hidden gem of Japan.

Tohoku’s charming countryside and stunning mountainous landscapes now draw visitors looking to discover it’s rustic hot springs and authentic culture, while locals are eager to welcome them as they continue to move beyond the tragedy of eleven years ago.

Promoting the themes of reconstruction and peace, the Tohoku Rokkon Festival was originally held in Sendai, Miyagi Prefecture, in 2011 after the Great East Japan Earthquake. This inaugural event was expected to draw 100,000 visitors. Instead 370,000 people flocked to Sendai for the festival to show their support.

In 2017, the name of the festival was changed to “Kizuna,” meaning “bonds” or “ties” to signify the way in which this single event brings together the six different prefectures in the region that suffered greatly from the 2011 earthquake and tsunami as they continue to rebuild.

Six Festivals In One

Combining the major festivals of six prefectures into one grand event puts the focus on the songs, dances, and visual spectacles of each region. Culminating in a massive parade, visitors to the Kizuna Festival can get a taste of the Aomori Nebuta Festival, Akita Kanto Festival, Iwate Morioka Sansa Odori Festival, Sendai Tanabata Festival, Fukushima Waraji Festival, and the Yamagata Hanagasa Festival, without having to trek all across Tohoku to see them.

“These festivals are the one time of year when the normally reserved people of the Tohoku region put 110% of their passion and spirit on full display,” says Derek Yamashita, co-founder of Yamagata-based travel specialist The Hidden Japan. “To see all six at the same time has never been possible until the Kizuna Festival.”

Highlights of the parade include the massive, colorful paper lantern floats from Aomori, the raucous taiko drums of Iwate, the elegant paper and bamboo ornaments of Sendai, and the rhythmic folk dancing of Yamagata.

Guests will be particularly awed and amazed by the towering lantern poles representing the Akita Kanto Festival, which men balance on various parts of their bodies, competing to see who can lift and balance the longest pole.

Also striking is the section from the Fukushima Waraji Festival, where participants carry and spin a giant 12-meter waraji, or straw sandal, for good health and prosperity.

The color and spectacle on display in the Tohoku Kizuna festival is second to none. Fans of Japanese culture will marvel at the colorful yukata ーsummer kimonoー worn by the dancers as they energetically parade through the streets, and relish in the traditional taiko drumming and music pulsing through the air.

In addition to the main parade, visitors can enjoy local food from street vendors, classic carnival games, and special performances by Japanese idols and celebrities.

“Festivals are the soul of the Japanese people, and the source of our energy,” says Takahiro Sato, Tohoku Kizuna Festival Executive Committee Chairman & Mayor of Yamagata City. “The Tohoku region is united as one. We cannot forget this feeling, even in the face of the pandemic.”

For a truly once in a lifetime opportunity to experience Japanese culture, the Tohoku Kizuna Festival is a must-see. Additionally, all six prefectures plan to hold their respective annual summer festivals in August, barring any COVID-19 restrictions. Travelers wishing to visit these festivals should check out the itineraries created by The Hidden Japan for more information. “We aim to give guests a deep experience in these local regions, and leave guests with a profound appreciation for the Tohoku region,” says Saori Yamashina, co-founder of The Hidden Japan.

The location of the Tohoku Kizuna Festival rotates on a yearly basis, giving each of the six prefectures an opportunity to be the host. The 2022 festival will be held in Akita City. The dates of the festival are yet to be announced, but previously it has been held in late May or early June. Be sure to check back on the official festival website for more details.

To get to Akita City from Tokyo, take the Akita Shinkansen from Ueno Station. The journey takes about 3 hours and 45 minutes.