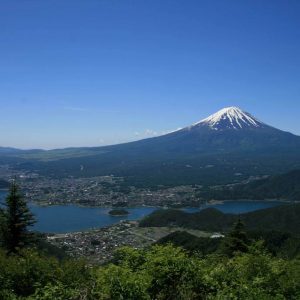 This year, the Japanese government will start an official inquiry into the scenario of a hypothetical impact from an eruption of Mount Fuji that could rain volcanic ash over the Tokyo metropolitan area. Countermeasures for such a scenario will also be identified.

In the past, estimates of impact were based on the theory that any future massive eruption of Mount Fuji would be of similar magnitude to past incidents. Under this scenario, it was projected that two to 10 centimeters of ash might fall over Tokyo and surrounding areas. However, no specific contingency plans were taken into consideration.

First and foremost, failure of the power networks are feared. With just over one centimeter of ash, the power grid is at risk of a mass power outage as a consequence of performance loss. According to the Tokyo Electric Power Company (TEPCO), electric power generation would drop at thermal power plants due to ash clogging up the air intake filters for gas turbine engines. Moreover, short circuits in the power lines would occur if rain falls on the ash.

TEPCO is planning countermeasures by the use of filter exchanges and securing sufficient personnel. However, to some extent the plan’s effectiveness depends on access to the power sites. The government presumes that the transportation network would be virtually shut down as automobiles will start malfunctioning with just 0.5 centimeters of ashfall, and will stop running altogether when the amount reaches 10 centimeters or more.

The Metropolitan Expressway system only started its contingency planning around two years ago. Currently, the removal of ash can only be tackled by using fully operational road cleaning trucks. A majority of flights will also be cancelled as jet engines would be out of use and the bullet trains would no doubt be affected as well.

The seriousness of the situation would also be affected by the grain size of the volcanic ash. Delicate equipment, such as computers and ventilating filters for emergency diesel generators, could become clogged, which would elevate the crisis to unforeseen levels.

The Hoei eruption of 1707 during the mid-Edo period was Mount Fuji’s last volcanic eruption. The explosion reached a height of over 10,000 meters, and eruptive products scattered over 700 million cubic meters, with volcanic ash carried eastward by the prevailing westerly winds to as far as the Boso Peninsula on the eastern side of Tokyo Bay in Chiba Prefecture.

In 2004, the Mount Fuji Volcanic Disaster Management Committee, established by peripheral municipalities, calculated that an eruption of the same magnitude could result in around 12.5 million people’s health being affected and economic damage could amount to ¥2.5 trillion.

Mount Fuji has not erupted for approximately 300 years. Therefore, the government will draw up a preliminary report with detailed damage assessments and measures by using examples of the effects on the city of Kagoshima from ash fall from Sakurajima, a currently active volcano on the island of Kyushu. “As there are not too many past cases in urban areas, first we need to figure out what may happen,” said a Cabinet Office official in charge of disaster prevention.

Hiroo Ichikawa, executive director of the Japan Emergency Management Association and an expert in urban policy and risk management, including disaster prevention, said: “In reality, damages that may be caused by Mount Fuji’s eruption are far too vast to easily argue over. Volcanic earthquakes have been active in recent years, so we must prepare for the worst and expect that it will eventually happen.”