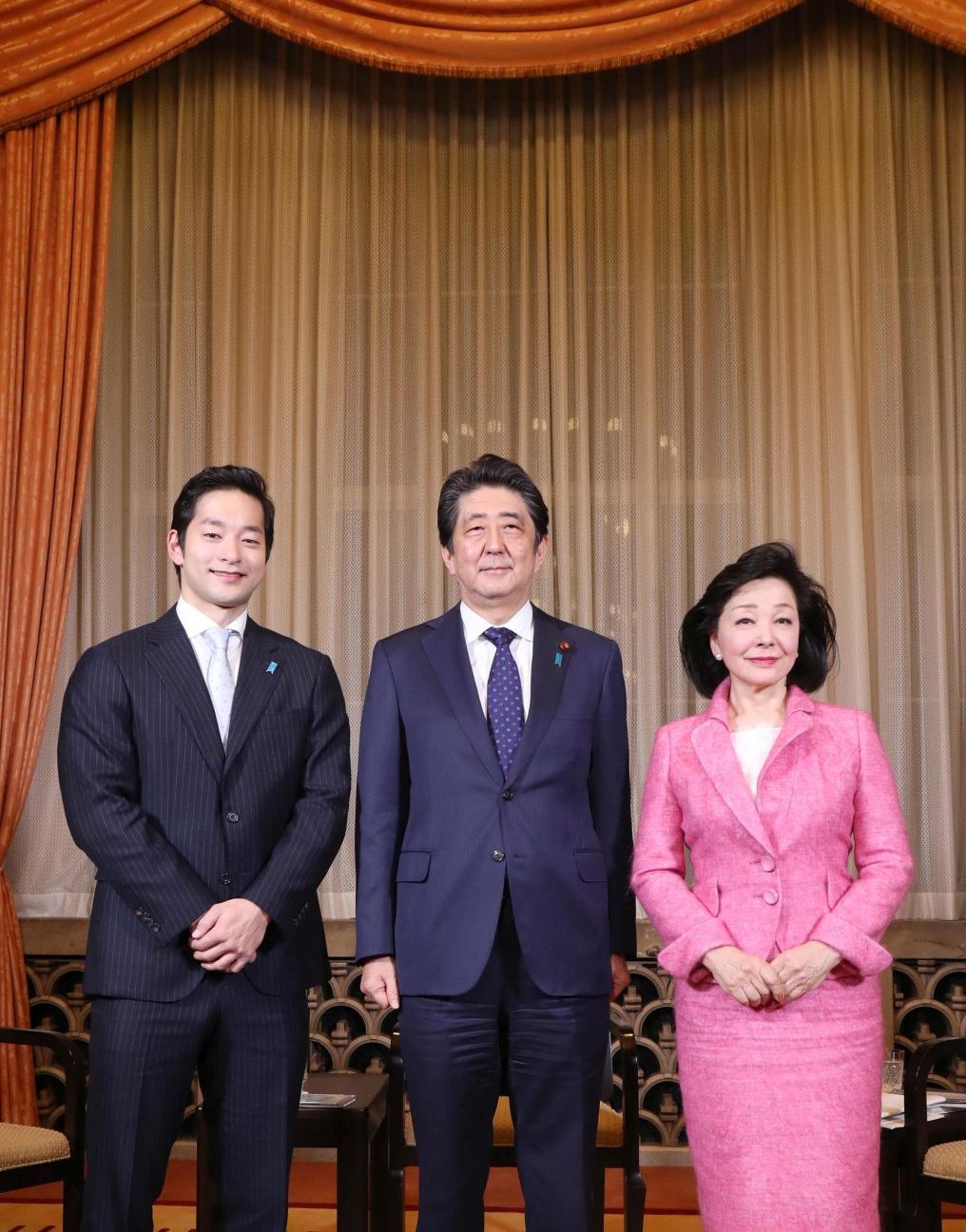 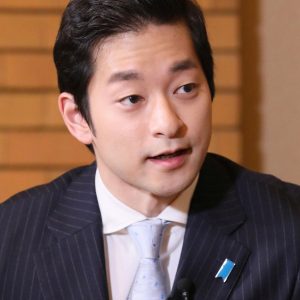 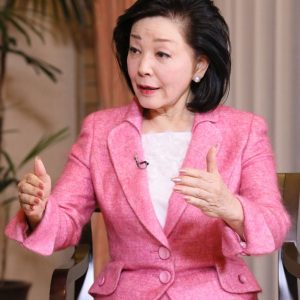 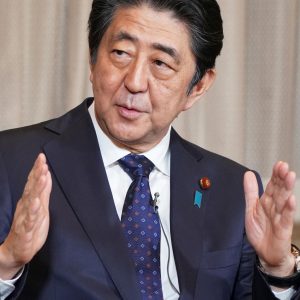 The following is the final installment of a special three-part series on the New Year dialogue between Japan’s Prime Minister Shinzo Abe and world-renowned violinist Ryu Goto, moderated by Ms. Yoshiko Sakurai on behalf of The Sankei Shimbun and JAPAN Forward.

Reputation and Abiding by International Rules

Prime Minister Abe: A world where rules are ignored is like being in a jungle — civilization cannot advance. Should one country declare, “These waters are mine,” if it has a strong military, then other countries have no choice but to be silent. Under the rules governing international society, however, procedures are in place to guide countries in their behavior and resolution of disputes — for example, those based on the U.N. Convention on the Law of the Sea. The reputation of countries failing to comply with the rules will suffer. Actually, those countries with poor international reputations actually care far more about their international image than you might expect.

Ms. Sakurai: Do they care about how other countries assess them?

Prime Minister: Yes, they are very anxious about what others think of them — to a greater extent than we would expect. For that reason, it is very important to speak up and say what needs to be said. It is also extremely important to have friends in the international community. In the case of Japan, first of all there is the Japan-U.S. alliance, and there is also our mutual cooperation and security alliances with many nations sharing the universal values of freedom, democracy, respect for fundamental human rights, and the rule of law.

At the summit of the G-20 nations held last year in Argentina, I had talks with U.S. President Trump and Indian Prime Minister Narendra Modi for the first Japan-U.S.-India summit talks. It is vitally important to build personal relations among the top leaders of nations.

Certainly, Japan is appreciated more than we ordinarily realize by other members of the international community.

Mr. Goto: I agree that Japan is truly respected overseas. But we should be aware that China has been making efforts to increase its friends all over the world. It has been using its economic influence in Africa, South America, and Southeast Asia. Even if it is not liked, Beijing is trying to gain the submission of those regions by throwing around its economic power, isn’t it?

Prime Minister: It might seem like China could succeed in pressing other countries into submission through its economic might, but, as a matter of fact, it is not quite so easy. Even if China lends them lots of money, the borrower nations will gradually become skeptical about the wisdom of taking loans from China — especially if the loans are not in the borrower country’s best interest.

Some countries may think borrowing from Japan is troublesome because Japan is fastidious about borrowers’ repayment plans and so forth when it provides financing. But, as a result, the projects of those borrowers have achieved considerable success. We also make medium-term investments in human resources development, and there have been many requests for Japanese corporate investments.

Regarding Japan-U.S. relations, Japan has legislated a package of peace and security laws, enabling better cooperation between the two countries. Now Japan’s Maritime Self-Defense Force vessels can escort American naval vessels and aircraft. In effect, Japan is entrusted with the lives of the young American service members for the time they are aboard those vessels under our escort. Actually, there are very few such bilateral relations in the world. Under the Japan-U.S. Security Treaty, for the first time Japan can help the United States maintain its military posture in Asia. It can safely be said that Japan’s presence is firmer than we usually believe.

Ms. Sakurai: How do you communicate with those world leaders who are crafty old foxes?

Prime Minister: The key is to speak frankly. It is difficult to win them to your viewpoint if you use tricky tactics. Instead, to me it is more important to keep my promises and also in a sense allow my own sincerity to be exposed. I have talked with them on various, highly sensitive issues, but if I reveal to others what we discussed, it would end our trust relationship. This is no different from the way things stand in normal human relations.

Ms. Sakurai: Do you have any scenarios you use when dealing with leaders of other countries?

Prime Minister: Especially in talks between Japan and the United States, Japan and Russia, and Japan and China, it depends on whether it is possible to trust each other. When negotiating with a partner who is possibly going to step down in half a year or so, I cannot help but wonder, even if we reach agreement, “Can this person really fulfill these promises?” Actually, this is the biggest factor behind the building of trust relationships among heads of state. This used to be a major problem for Japan, but fortunately over the past six years I have had sufficient time to cultivate relationships of mutual trust, I think, with many foreign leaders.

Sakurai: I think perhaps both of you, Prime Minister Abe and Mr. Goto, should be called men of destiny, with divinely assigned tasks to accomplish in your respective spheres. Do you agree?

Mr. Goto: I know there are such words as genius and prodigy, but I have never believed in these. What matters is to find something truly worth living for through my own experiences and passions and spend my life pursuing it, I think. “Destiny” is a cool word, but when I think about it carefully it has very restrictive connotations, so more than such a word, I would like to live life by my passions.

Prime Minister: The issues between Japan and Russia over the Northern Territories off eastern Hokkaido, along with an unfinished peace treaty, have been pending for more than 70 years since the end of the war. I have been doing my utmost to tackle the challenges left after the war and sincerely hope to resolve them with Russia.

During his later years, my father poured his heart into these issues and, despite knowing his days were numbered, put forth all his energy toward finding a resolution, including holding talks with former Soviet Union President Mikhail Gorbachev. Unfortunately, my father passed away before accomplishing his greatest goal as a politician. But I witnessed his thinking at that time, as well as his tenacity as a politician. So, I am determined that Russian President Vladimir Putin and I should manage to find a viable solution that works for both Russia and Japan out of our repeated bilateral summits. It could be viewed as destiny, in a sense, now that I am in a position similar to that of my father’s.

Ms. Sakurai: I have been convinced that we should all do our best to help make Japan — this wonderful, beautiful country — a nation that is self-sustaining in all respects. Thank you very much for joining me today.

Born in September 1954, he graduated from Seikei University, and joined Kobe Steel, Ltd. He served as a secretary to the foreign minister and in related posts until 1993, when he was elected to the House of Representatives for the first time from constituency No. 4 in Yamaguchi Prefecture. Currently he is serving his ninth term in office.

While vigorously engaged in finding a resolution to the issue of Japanese citizens abducted by North Korea and history education policy, he has held prominent positions, such as secretary general of the Liberal Democratic Party (LDP) and chief Cabinet secretary. He assumed the post of Japan’s 90th Prime Minister in 2006, but stepped down because of illness the following year. Subsequently, he returned to the post of LDP president and, when the LDP regained a majority in a lower house election in late 2012, he established the second Abe administration.

A professional violinist, he was born in New York City in 1988 and graduated from Harvard University.

He made his debut as a Pacific Music Festival (PMF) violinist at age 7. He has performed ever since with renowned orchestras and conductors across the world. He was chosen by East Japan Railway Company as an “image character,” or spokesperson, and has performed on such Japanese TV programs as Ryu Goto’s Odyssey, a chronicle of his career and personal life, and the Untitled Concert.

In 2017 and 2018, he gave charity concerts six times under the name “Project R” after the three words of “Remember,” “Rachi (abductions),” and his first name, “Ryu,” with the aim of enlightening Japanese youths about the problem of abductions of Japanese citizens by North Korea.

He is scheduled to perform in June 2019 with the Kyoto Symphony Orchestra, conducted by Junichi Hirokami, and in December 2019 with the Mariinsky Orchestra, to be conducted by Valery Gergiev. He has been actively engaged in international music culture exchanges under the sponsorship of Japan’s Foreign Ministry. He plays the Stradivarius 1722 violin on loan from the Nippon Music Federation.