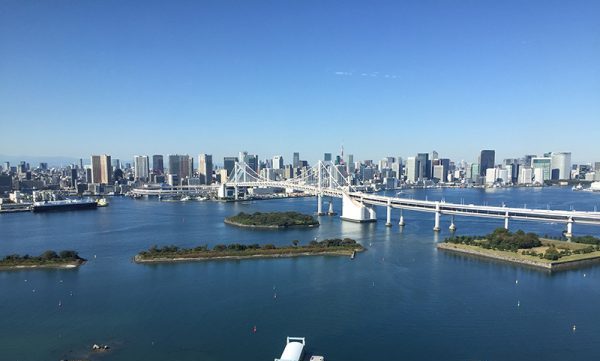 Weekly instalments of the new 66-episode series currently air on the network at 9 A.M. every Sunday morning, right before One Piece, one of Fuji TV’s other flagship anime series.

Part of the fun of the Digimon universe, both in the original series and the reboot, is its use of specific sites in Tokyo as locations for many of the adventures. 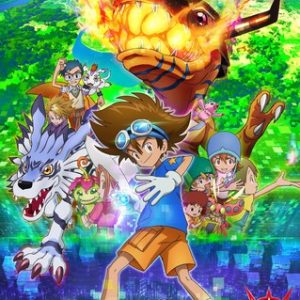 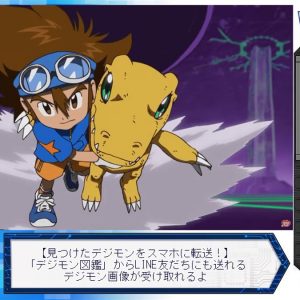 In particular, Odaiba – home of the iconic Fuji TV building and an area that is itself a monument to Tokyo’s futuristic vision of urban living – features heavily in a number of the original series’ most memorable scenes.

The series reboot largely locates the Tokyo-based adventures of the DigiDestined (a group of children tasked with saving both the real world and the parallel Digital World from evil and technological collapse) in downtown areas such as Shibuya and Ginza.

In episode 21 of the original series, however, we first encounter the real world of Tokyo via Odaiba, an outcropping of reclaimed land on the far side of Tokyo Bay, an area now known principally as an entertainment district and home to numerous museums and exhibition rooms.

Main character Taichi and his Digimon companion, Koromon, are transported there from the Digital World. It is only when they see Odaiba’s iconic Fuji TV building and the elevated transit system running along beside it that they realize they are home.

Happy to have made it, they later discover that the evil Digimon of the Digital World are now active in the real world too.

On their way to the apartment block where Taichi’s family lives, they pass a Family Mart (one of Japan’s most well-known convenience store chains) with the Daikanransha rising tall behind it.

Still a Tokyo landmark visible from the downtown side of the bay, this giant Ferris wheel at Odaiba’s Palette Town entertainment complex was, at 328 ft tall, the tallest of its kind in the world at the time the series was made.

The wheel and the surrounding high-rise apartments form the backdrop for an epic battle between Koromon and an evil Digimon wreaking havoc in the local area.

Episode 30 – The Great Crossing of Tokyo

In this mid-season episode, the DigiDestined find themselves in Hikarigaoka, a metro stop in the far Northwest of Tokyo, far from their home in Odaiba.

It’s a long way home with numerous possible routes to get there. They use hi-tech Digital World technology – this was long before smartphones and Google Maps, remember – to plot a route across town.

This route involves numerous stops at real life stations aboard the Ginza and Marunouchi lines, plus a trip over the Rainbow Bridge to Odaiba via the Yurikamome automated transit line.

Various mishaps scupper these plans, however, forcing the DigiDestined to ask a friend for a lift to the harbor. There, after defeating an evil Digimon, they set sail across Tokyo Bay for Odaiba aboard giant-sized evolved Digimon, Ikkakumon.

Episode 35 – The Fairy of Odaiba

Another intriguing quirk of the Digimon universe is the metafictional use of the Fuji TV building, from which the anime is broadcast, as a plot device.

Designed by Pritzker Prize winning architect, the late Kenzo Tange, one of Japan’s most famed architects, the Fuji TV building is itself a striking construct.

All harsh, skeletal-looking lines and sharp metallic edges, it has at its center a spherical observation dome.

From here visitors to the building can, for the price of ￥1000 yen, gain access to a 360-degree view of the city, its surrounding areas and, on a clear day, the imposing figure of Mt Fuji to the South.

In Episode 35 of the series, malevolent Digimon overlord Myotismon sits atop the observation dome casting a spell over Odaiba, shrouding the area in fog.

Transit systems to and from the man made islands are suspended as a horde of Bakemon (ghost Digimon) run riot.

Inside the mall at the base of the Fuji TV building – home, in real life, to various Fuji TV program themed shopping options – the parents of the DigiDestined develop a plan of action to resist the evil Digimon.

They enlist the help of Gachapin, Mukku and P-Chan, all beloved characters in the network’s long running educational kids show, Ponkickies.

In real life, the 7th floor of the Fuji TV building holds an exhibition space dedicated to Ponkickies. And after visiting this exhibition, it is especially fun to watch the loveable characters – led by green Barney the Dinosaur-type, Gachapin – as they fight the evil Digimon and restore peace to Odaiba in this episode.

Plenty of Sights to Look Out For 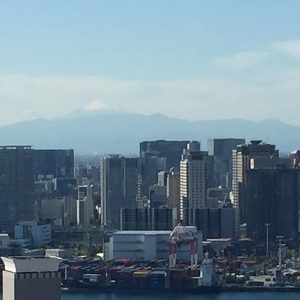 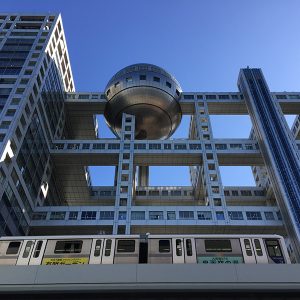 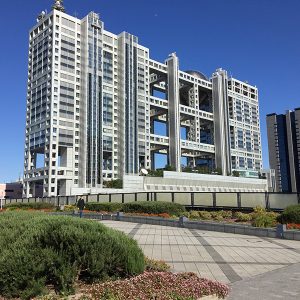 This has been by no means an exhaustive list of Digimon episodes in which Tokyo’s Odaiba features.

Various bloggers and YouTubers have recorded tours throughout the area using scenes from the series to create their own Digimon adventure.

All the signposts are there, embedded in the classic version of the anime.

So next time you’re in Tokyo, why not head to Odaiba for a Digimon adventure of your own?