Documentary Aims to Wipe Away Society’s Misunderstanding of War Brides 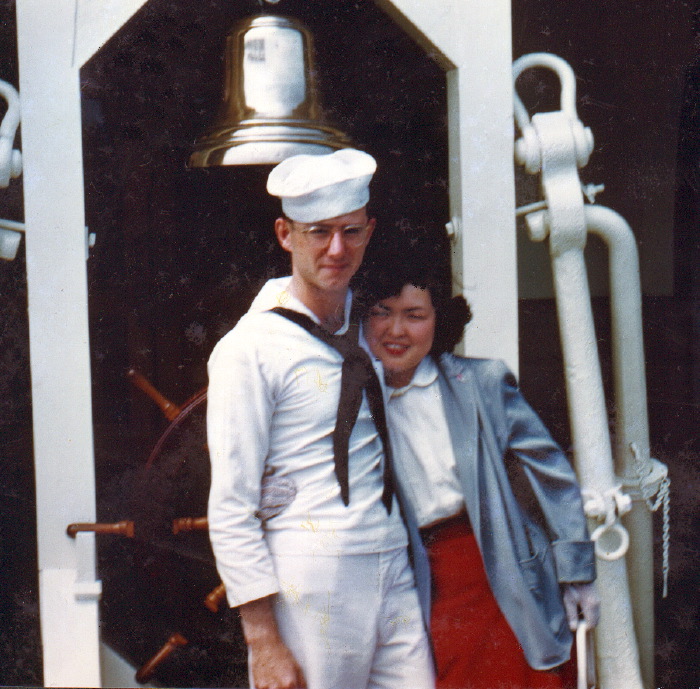 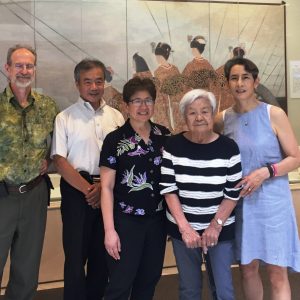 Children of Japanese “war brides” are working on a film project that explores the extraordinary stories of their mothers’ lives.

War brides are women who wed occupation army soldiers and civilians in Japan at the end of World War II and immigrated to the homelands of their husbands. They are courageous women who carved out lives for themselves despite suffering harsh racial discrimination in their new homes — and being deemed traitors by their families back home for marrying enemy soldiers.

By showcasing the lives of these women, the documentary aims to wipe away misunderstandings that society still has about war brides.

“There is nothing shameful in being called a ‘war bride,’” said American journalist Lucy Craft, 61, who resides in Japan.

Lucy proudly speaks about her mother, Atsuko Craft, 89, a WWII war bride. After the war, Atsuko married Lucy’s father, Arnold Craft (94 years old at the time of his passing), an employee at a company affiliated with the occupation forces in Japan.

Her mother is featured in Fall Seven Times, Get Up Eight: The Japanese War Brides, a documentary film which tells the extraordinary stories of three women, all of whom married American men.

Lucy co-directed the film with two other journalists who have similar backgrounds as children of war bride mothers. Understandably, it caused a stir upon its release in 2015.

Now it’s been 73 years after the war. What sort of life has Atsuko paved for herself in Bethesda, Maryland, U.S.A., where she also successfully worked at the National Library of Medicine?

According to Lucy, after graduating from Tsuda University, formerly known as the “Joshi Eigaku Juku” (Women’s Institute for English Studies), Atsuko started working at a medium-sized firm in Tokyo. In 1951, she advertised for an English conversation partner in an English language newspaper. Lucy’s parents met when her father, Arnold, applied for the position.

As Atsuko and Arnold got to know each other, Arnold suggested she study at a university in the United States since she could speak well in English from studying at Tsuda. It was easy for Atsuko to make a decision — she had had doubts about Japanese society during those days when college-educated women were only assigned responsibilities such as serving tea or menial administrative tasks by their employers.

“I want to take a chance on my potential,” she had said. In 1952, with support from Arnold, Atsuko went to the U.S. to study at colleges located in New York and Texas. The following year, Arnold proposed and the two were married.

Although their union stemmed from love, they wed during a period when wounds from the war had not yet healed. Lucy explains as follows: “My mother’s family accepted my father, but there were other war brides who were not so lucky. Some were disowned by their families and banned from setting foot inside their homes again.”

Due to the nation’s poverty after losing the war, some women had to work in bars and nightclubs that catered to occupational army soldiers to make a living. The circumstances induced discriminatory views on war brides throughout Japan.

A Show of Gratitude

Life in the U.S. after her parents wed was, by all means, not a smooth ride.

Some members of Arnold’s Jewish family had hoped for him to marry a Jewish woman and were offended that he had chosen a Japanese bride. In the 1950s, discriminatory practices in some parts of the U.S. demanded that whites sit up front, and blacks to sit in the back seats on public buses. At times, Atsuko, being Japanese, was required to sit in the “middle” rows.

Out on the streets, she would be humiliated when asked by a white woman she had never met, “How much to hire you as a maid?” Or, when she moved to a middle-class and predominantly white neighborhood, a new neighbor asked if she was “blockbusting,” referring to a scheme to lower property values by scaring away white residents.

However, Atsuko never gave up. Despite enduring much prejudice and discrimination living in the U.S., she put her energy into her children’s educations. Even so, at first her daughter Lucy was perplexed by the differences between Japanese and American cultures.

“Normally, American mothers will unflinchingly boast to others of their children’s strengths. My mother was different. She would criticize me by bringing up my weaknesses in front of my friends,” Lucy recalls, although nowadays she feels she understands her mother’s behavior. This is due to the fact that she too has married a Japanese and raised her children in Japan.

Lucy explains: “In all circumstances, humility is at the core of Japanese people’s virtues, which makes parents almost compete against each other by criticizing their children’s weak points. When I was a child, I didn’t understand this concept, so, wanting praise from my mother, I studied desperately.”

“War brides made their own choice to live in foreign lands and expended great efforts to pursue their careers and raise their children,” she continued. A man and a woman from different countries built a life together. Both overcame hardships and worked hard to raise their children.

The film incorporates Lucy’s desire to better understand her mother’s decisions to follow her own path in life and childrearing despite the difficulties of discrimination and prejudice.

Currently, Lucy is actively working on a second documentary film and is interviewing brides who married black men, as well as experts on the topic.

Why Archive Their Experiences and Identities?

“War bride” refers to Japanese women who married Allied soldiers or other personnel associated with the Allied Occupation forces at the end of World War II. Most of these women immigrated with their husbands to countries such as the United States and Canada.

During that era, some Japanese women worked in bars and nightclubs that catered to soldiers of the occupation forces. The circumstances led to discrimination against war brides throughout Japan. They also encountered racial discrimination and prejudice in the countries to which they immigrated.

According to cultural anthropologist Takeshi Ueki, honorary professor at Kyoritsu Women’s Educational Institution, by 1959 an estimated 40,000 to 50,000 women had wed while Japan was still in chaos in the aftermath of the war.

The professor emphasizes the importance of archiving their experiences and identities. “In foreign lands the war brides desperately lived through immense obstacles that are incomparable to situations in modern society. Much of their way of life and experiences can set examples for women in society today,” he said.