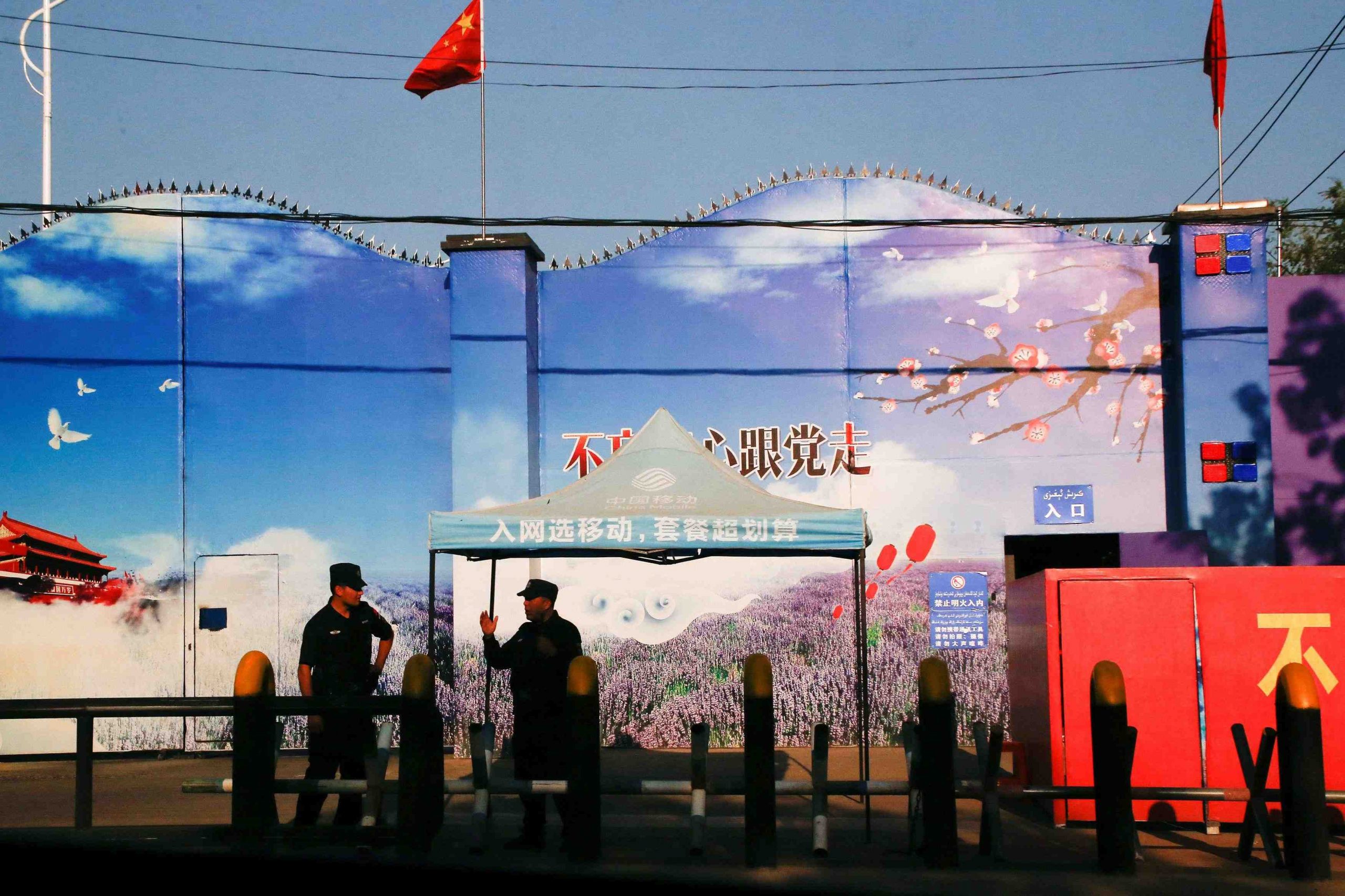 The Chinese government’s egregious human rights violations against the Uighur minority in the northwestern Xinjiang region led the United States, the United Kingdom, Canada and the European Union (EU) to impose sanctions one after another in March, including actions such as freezing the assets of Chinese officials responsible for these vile injustices.

It is highly significant that the governments of all these nations have collectively implemented sanctions designed to force Beijing to cease these terrible violations of human rights. Under the Trump administration, the United States had already sanctioned China for violating the human rights of the Uighurs. And now the Biden Administration has joined allied nations and organizations in joint efforts to punish Beijing.

On the other hand, Japan’s stance on this issue has been extremely shameful. Germany, France and Italy all have acted as part of the EU. Japan is the only member of the G7 that has not imposed sanctions on China.

Isn’t Japan a country that seeks solutions to such human rights issues? Can it be that Japan is so intimidated by the Chinese authorities?

We would like to see the government led by Prime Minister Yoshihide Suga join the ranks of freedom-loving countries who are showing the importance they attach to human rights and humanitarianism by sanctioning China.

More than one million members of the Uighur minority have been forced into internment camps in China. In announcing his country’s sanctions, U.K. Foreign Minister Dominic Raab accused China of appalling violations of human rights, including forced sterilization of Uighur women.

Likewise, in his announcement of the collective sanctions by the United States and its allies, U.S. Secretary of State Antony Blinken emphasized that the atrocities committed by the Chinese government and ruling Chinese Communist Party have been exposed for all to see. He further criticized the Chinese government by saying, “Genocide and crimes against humanity continue to be committed.”

We cannot put any faith in the Chinese government’s denials of human rights abuses. Videos that were filmed and then smuggled out of Xinjiang by people who risked death to do so and other documentary evidence provide ample proof of the widespread oppression.

On March 23, Foreign Minister Toshimitsu Motegi told the Diet that Japan’s “thinking is in complete accord” with the sanctions on China by the EU and other countries. However, China will only turn a deaf ear to such waffling.

Chief Cabinet Secretary Katsunobu Kato told a press conference that the current foreign exchange and foreign trade law does not provide any direct or explicit justification for imposing sanctions solely due to human rights issues.

That is clearly a backward-looking stance concerning sanctions. The end result is that, even while expressing “grave concern” concerning violations of Uighur human rights, Japan is relying on a legalistic interpretation of the foreign exchange law to sit on its hands and do nothing.

If the government truly were as concerned as it claims, it could surely find any number of other legal and diplomatic ways to sanction Beijing without relying on the foreign exchange law.