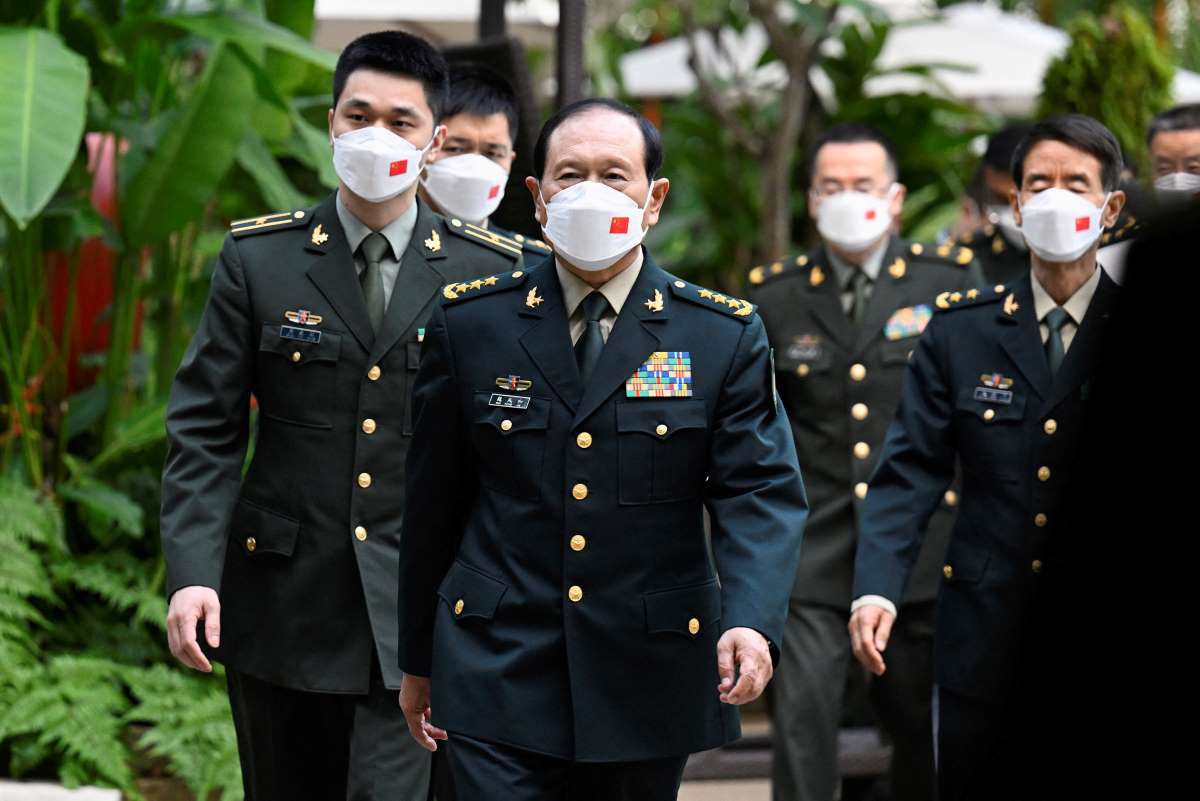 It would certainly appear that Xi Jinping sent his defense minister, General Wei Fenghe, to the prestigious Shangri-La Dialogue security conference in Singapore with one clear mission: threaten other Asian nations and the West.

The 19th Shangri-La Dialogue, the closing session of which took place on June 12, was the first time in three years that participants met in person.

In his remarks before the defense chiefs from various nations on hand, Wei, who is a state councilor, availed himself of the opportunity to launch a blistering attack about Taiwan and other critical security issues.

Wei’s speech reiterated Beijing’s often stated position that Taiwan is solely an internal affair of China’s and “it will definitely realize unification” by force if necessary.

Wei’s phrasing, however, was especially harsh, as he said, “If anyone tries to split Taiwan from China, we will not regret paying any price and fight to the end.”

He added ominously, “That path leads only to death.”

Wei also warned other countries not to underestimate the resolve of the People’s Liberation Army (PLA) to preserve China’s sovereignty and territorial integrity. Or its awesome military capabilities.

Display of Fury by China’s Wei

During a private meeting on the sidelines of the multilateral conference, Wei reacted with fury when United States Secretary of Defense Llyod J. Austin requested that China exercise self-restraint regarding the Taiwan issue.

The G7 and individual Western governments have imposed heavy sanctions on Russia because of its unprovoked invasion of Ukraine. With the war showing no signs of finishing, they are therefore especially alert to the stance China takes on the Taiwan issue.

Wei’s speech made it clear that the Xi regime is bent on annexing Taiwan and has no intention of changing its hardline stance in that regard. It no doubt believes that its military threats can drive a wedge between international society and Taiwan. We need to become more on our guard.

Nor did General Wei display even the slightest remorse for numerous provocations China has carried out. Among them? China’s total disregard for international law in building and then fortifying artificial islands in the South China Sea, and the May 2022 incident in the skies above those same waters in which a PLA fighter jet dangerously interfered with the flight of an Australian patrol aircraft.

Multilateral Deterrence Has an Impact

China’s attempts to change the status quo in the Indo-Pacific region through force must be checked.

In separate addresses at Shangri-La Dialogue, defense ministers from Japan, the United States, and Australia made it clear that their governments would not accept China’s “use of force to change the status quo.” They also let Wei know about their concerns regarding China when they met separately with him.

After they met together, the defense chiefs from Japan, the United States, and South Korea issued a joint statement. For the first time, it included the phrase “the importance of peace and stability in the Taiwan Strait.”

That very statement constitutes proof that the Quad, AUKUS, and other such defensive arrangements are having an effect in terms of deterring China’s hegemonic behavior.

Much more remains to be done, however, in calling for and achieving greater solidarity so that the international community will not be intimidated by China’s threats.