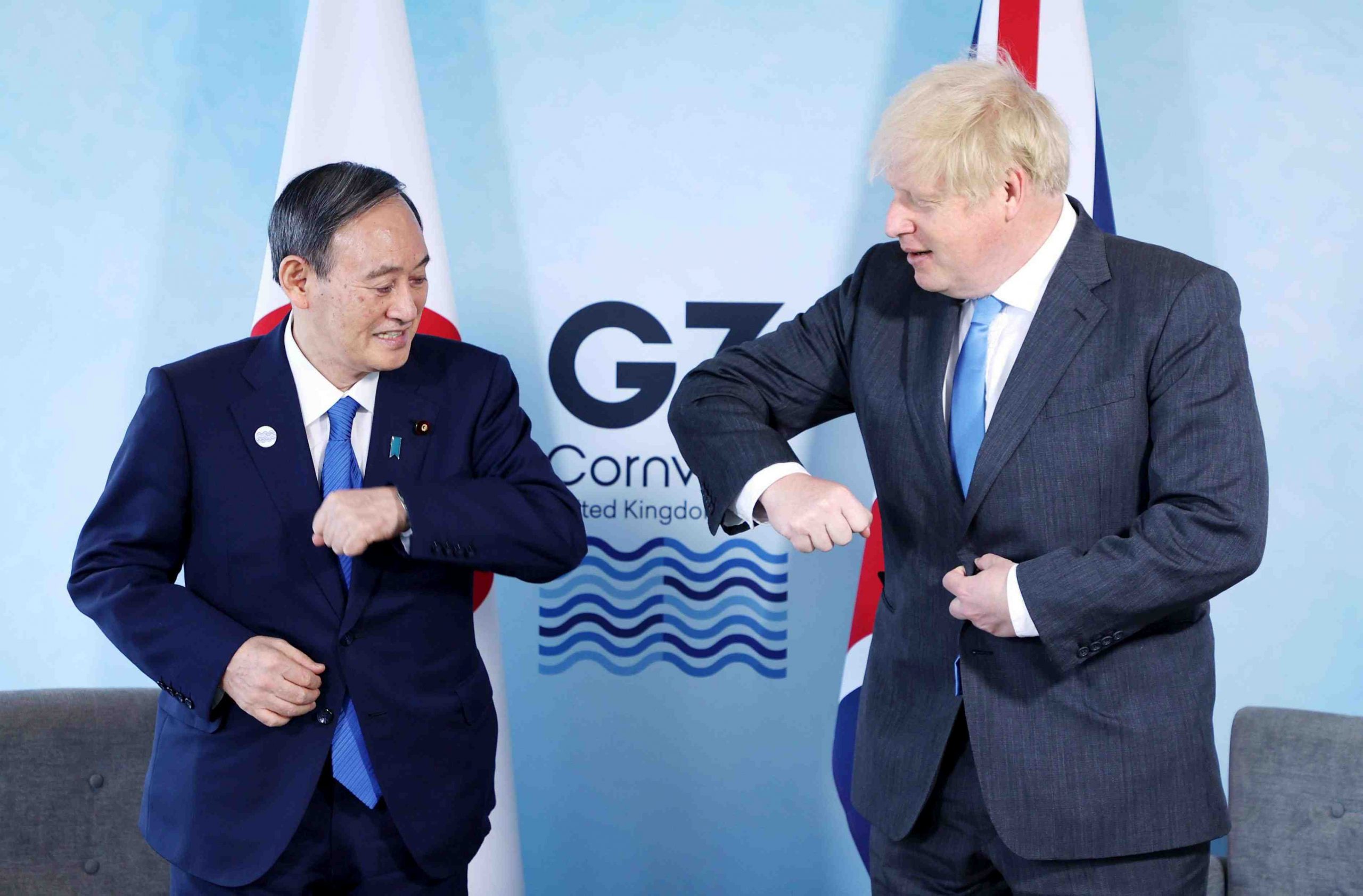 The G7 nations made it vividly clear they would advance the universal values of freedom, democracy, and the rule of law as a bulwark against the tyranny of China and Russia at their recent summit in Cornwall, South West England, from June 11 to 13.

Japan and all of humanity should appreciate the efforts of the three-day summit talks, which will help countries pursue peace and prosperity while protecting freedom and democracy.

For the first time in the history of the G7 summit, the joint communiqué mentioned the circumstances of Taiwan, where tensions are rising due to threats from China. In unequivocal terms, the member nations said, “We underscore the importance of peace and stability across the Taiwan Strait, and encourage the peaceful resolution of cross-Strait issues.”

They went on to call on China to “respect human rights and fundamental freedoms, especially in relation to Xinjiang and those rights, freedoms and high degree of autonomy for Hong Kong enshrined in the Sino-British Joint Declaration and the Basic Law.”

Although cleavages were often conspicuous between the United States and Europe during President Donald Trump’s term, relations have begun to move forward with vigor. The G7’s highest priority issue now is the problem of China. Japan, as the only member of the G7 from Asia, must be ready to take on a leading role for overcoming the problem.

The existing world order has been shaken due to the menace presented by China and Russia. Against this backdrop and before the G7 summit, the United States and Britain worked out a “New Atlantic Charter” modeled after the 1941 Atlantic Charter, which stipulated such principles as “no territorial expansion.”

Restraints on China in the G7 communiqué, such as the references to Taiwan, represent the culmination of bilateral and multilateral efforts by Japan and the U.S. leading up to the G7 summit, such as the April meeting between Japanese Prime Minister Yoshihide Suga and President Joe Biden. The G7 communiqué also confirmed the importance of the “free and open Indo-Pacific” advocated by Japan and endorsed by the United States.

Especially noteworthy is the agreement to formulate a framework to support infrastructure improvements in developing countries as a counter to China’s gigantic economic zone concept known as the Belt and Road Initiative (BRI).

The BRI, which Chinese President Xi Jinping began advocating in 2013, was initially designed to build an economic zone linking China with Europe. The implications of the European members of the G7 agreeing to cooperate on countermeasures are profound. Arrangements to realize the agreement should be made without delay.

In response to the COVID-19 pandemic and bearing in mind China’s “vaccine diplomacy,” the G7 members made the decision to provide developing countries with the equivalent of “over one billion doses” of vaccine over the next year. Moreover, they called upon the World Health Organization to conduct a “timely, transparent, expert-led, and science-based WHO-convened Phase 2 COVID-19 Origins study.” Both are of high importance.

It is a common practice for China to conceal facts it deems inconvenient. Beijing’s failure to clarify the reality of Uyghur internment camps is another example. Nevertheless, for the sake of protecting lives and securing the health and human rights of people all over the world, it is essential that the full truth be brought out into the open.

The G7 should strengthen its partnerships with friendly nations that share the same values. The multi-layered framework that Britain has called “D11” or Democracy 11 (which includes the G7 countries plus Australia, South Korea, South Africa, and India, invited to the summit as “guest states” by the host country), and the “Quad” framework of Japan, the United States, Australia, and India should be utilized and built upon.

Cooperation with members of the Association of Southeast Asian Nations is essential in relation to the South China Sea situation. Japan’s role is of key importance in this regard.

Assistance to developing countries from Japan, the United States, and Europe is far superior in quality compared to assistance from China. However, China has made a point of pushing easy infrastructure investment with lax environmental conditions, whereas the United States, Europe, and Japan, attach more specific requirements for environmental conservation and related issues. The reality is that many developing countries jump at seemingly easy support from China.

A spokesperson at the Chinese embassy in Britain rebuked the G7 summit, arguing the “small circle shouldn’t be allowed to engage in such manipulation.” But isn’t it China that has been attempting to catch developing countries in a “debt trap” to put them under its influence?

Prime Minister Suga expressed concerns in the summit that China’s unilateral behavior in the East and South China Seas and its human rights abuses as well as its unfair trade practices “are contrary to the values embraced” by the G7 nations. In a separate news conference, the Prime Minister told reporters that he would like to see Japan, as a member of the G7 countries sharing universal values, “play a leading role in ensuring international order in the future.”

Attention is being focused on how Prime Minister Suga takes action hereafter. We urge him to keep delivering messages at home and abroad to boost deterrence against China.

As Japan’s prime minister, standing at the forefront facing threats from China, Suga is bound to be faced with necessary decisions such as a drastic increase in the nation’s defense budget. Regarding China’s suppression of Uyghurs, only Japan among the G7 nations has yet to bring sanctions against Beijing. Recognition of the contradiction between words and actions cannot be avoided, which is another reason why the Suga administration should take the lead on human rights issues.

All of the heads of G7 governments expressed their support for Japan’s holding of the Tokyo Olympic and Paralympic Games. It is now up to Prime Minister Suga to give his utmost to the challenge in the face of the COVID-19 pandemic and lead the Games to a successful conclusion.

RELATED: Prime Minister Suga Boldly Took His Place Among the G7 Stars and Came Back with some Big Wins for Japan