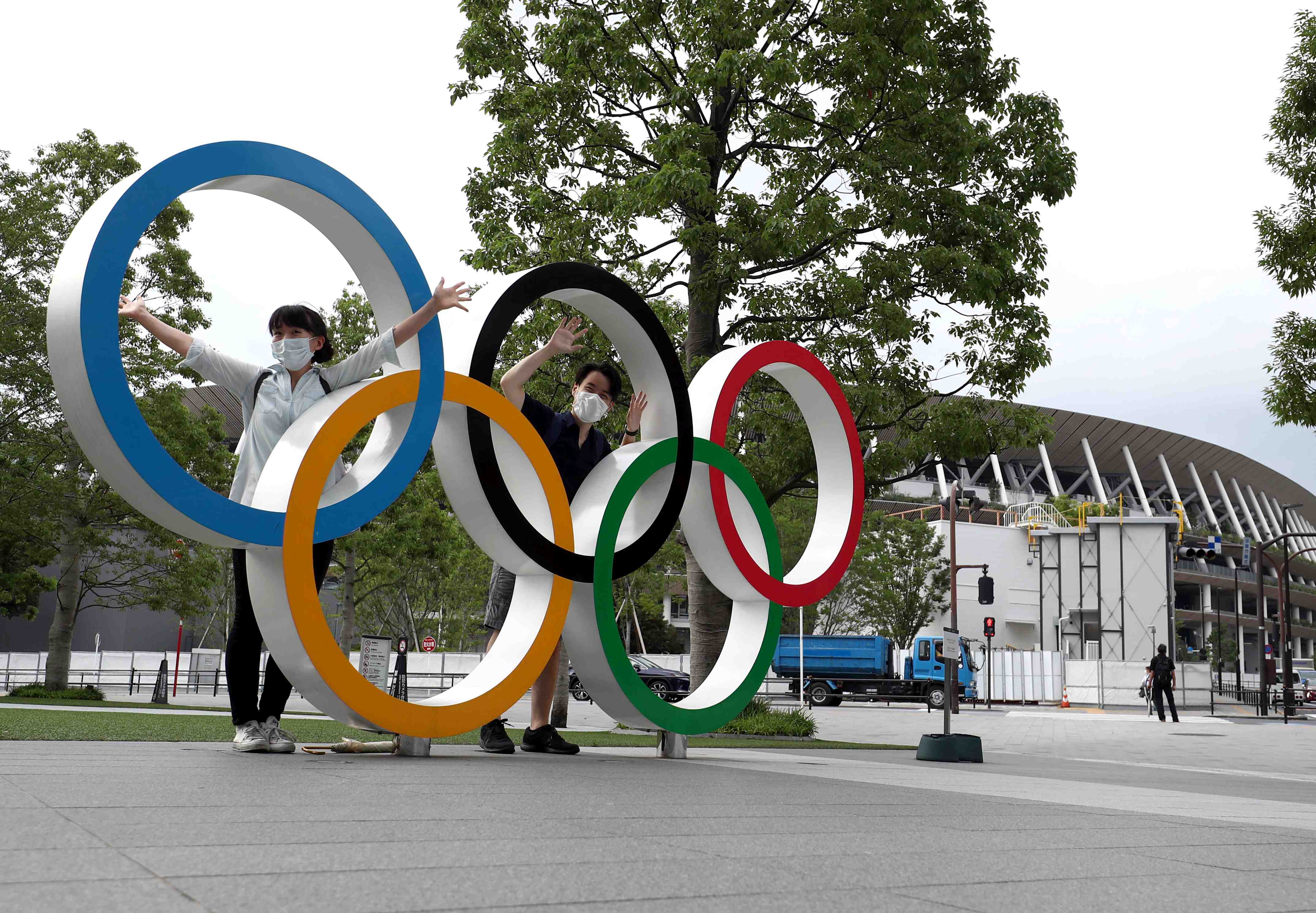 Japan's New National Stadium is ready for the Tokyo Olympics.

Due to the unique circumstances of the pandemic, most of the rules in the Playbook have something to do with steps to take to avoid the spread of the virus.

This is the third version of the Playbook. The previous edition was published in May 2021.

So what do athletes and other participants have to do to comply with the new Playbook?

First, those coming from abroad will need to comply with quarantine measures. There is a 14-day quarantine for everyone who arrives from outside Japan.

The quarantine can be shortened to three days if the newly arrived athlete or participant agrees to “a higher level of supervision by Tokyo 2020, which may involve use of GPS data (subject to your consent) or direct supervision where necessary, to confirm your movements.”

Athletes must be tested daily, either at 9 A.M. or at 6 P.M., using a quantitative saliva antigen test for COVID-19. If the test comes back positive, it will be followed by a saliva PCR test at the clinic in the Olympic and Paralympic Village. The idea behind two testing times is to reduce the impact and allow coordination around the schedule of competing athletes.

Other measures that the athletes are required to comply with include strict mask wearing and regular body temperature checks.

Should Make Everyone Feel Safe

The new rules make it clear that failure to comply with measures, such as mask wearing and regular testing, in accordance with the International Olympics Committee charter, could result in various penalties.

What kind of penalties? The options include financial sanctions, ineligibility or exclusion from the Games, disqualification, withdrawal of accreditation, or even deportation from Japan.

At the press conference on June 15, Tokyo 2020 Games delivery officer Hidemasa Nakamura explained, “These are very strict measures, and I hope they will make both Japanese citizens and athletes feel safe.”

The Playbook is set to take effect starting July 1. Its contents will be gradually announced to journalists and sponsors through July 22, and necessary adjustments will be made during that time. That means there could be a fourth edition before the Games begin.

According to Tokyo 2020, about 70% to 80% of the media-related staff are expected to be vaccinated by the time they arrive in Japan.

The announcement of the third edition of the Playbook came as International Olympic Committee (IOC) vice president John Coates arrived in Japan on June 15 and began his quarantine. IOC president Thomas Bach is set to arrive in Japan before July 23, for the final preparations for the Games.