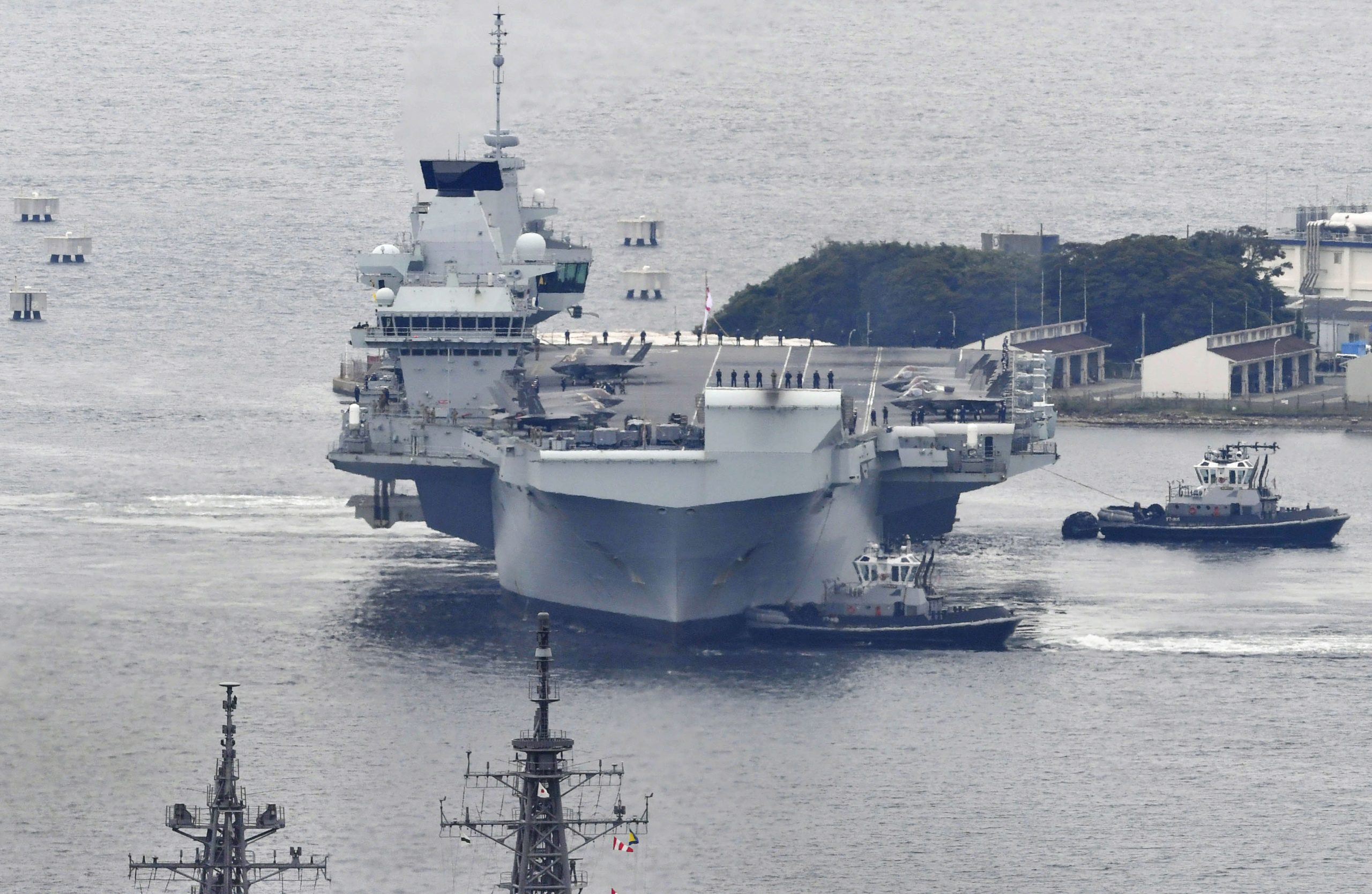 On September 4, the United Kingdom’s Carrier Strike Group led by its newest aircraft carrier the HMS Queen Elizabeth docked in Yokosuka, Kanagawa Prefecture near Tokyo, and at various other ports throughout Japan.

Japan should take this opportunity to further promote security cooperation with the United Kingdom, which is also a maritime nation. It would be a way to deter China’s hegemonic behavior in the Indo-Pacific and maintain peace and prosperity.

The HMS Queen Elizabeth is carrying 18 F-35B stealth fighters from the Royal Air Force and U.S. Marine Corps. The carrier strike group, which consists of a large fleet of nine surface vessels including a U.S. destroyer and a Dutch frigate, one submarine, and 3,700 personnel, dispersed among ports in Yokosuka, Sasebo (Nagasaki Prefecture), Maizuru (Kyoto Prefecture), and Kure (Hiroshima Prefecture).

Ahead of the group’s departure from the United Kingdom in May this year, British Prime Minister Boris Johnson said, “One of the things we’ll be doing clearly is showing to our friends in China that we believe in the international law of the sea.”

This means that the United Kingdom will not tolerate China’s disregard for international law.

The reason why Japan was chosen as the destination of this deployment ー and a large fleet was dispatched even amid the coronavirus pandemic ー is that the United Kingdom recognizes the necessity of Japan’s cooperation to deter China.

The visit “marks a return to U.K.’s enduring presence in the [Indo-Pacific] region,” said Commodore Steve Moorhouse, commander of the strike group, at a press conference at the Japan National Press Club on September 7.

British Ambassador to Japan Julia Longbottom reaffirmed that the United Kingdom and Japan share values such as freedom, democracy, and the rule of law, and that “We believe this visit marks the elevation of our defense and security relationship to a new level,”

The Japanese government should eagerly welcome this approach from the United Kingdom.

Onboard the HMS Queen Elizabeth on September 6, Defense Minister Nobuo Kishi said that he felt “Britain’s strong desire for peace and stability in the Indo-Pacific region.”

The carrier strike group took part in a joint exercise with Japan, the United States, Netherlands, and Canada prior to its port call in Japan. Joint exercises will continue to be held with the aim of containing China’s naval and air forces, which have been increasingly active in Japanese coastal waters.

As Commodore Moorhouse said, the joint exercises are also necessary to “enhance interoperability” with the Japan Self-Defense Forces to “respond to emergent threats and uphold the international values and rules we hold dear.”

China’s Ministry of Foreign Affairs criticized the deployment of the U.K. carrier group for “showing off its military prowess,” but the sole purpose of the deployment has always been to deter.

Japan should further develop security and economic cooperation with the United Kingdom based on shared values and strategic interests.