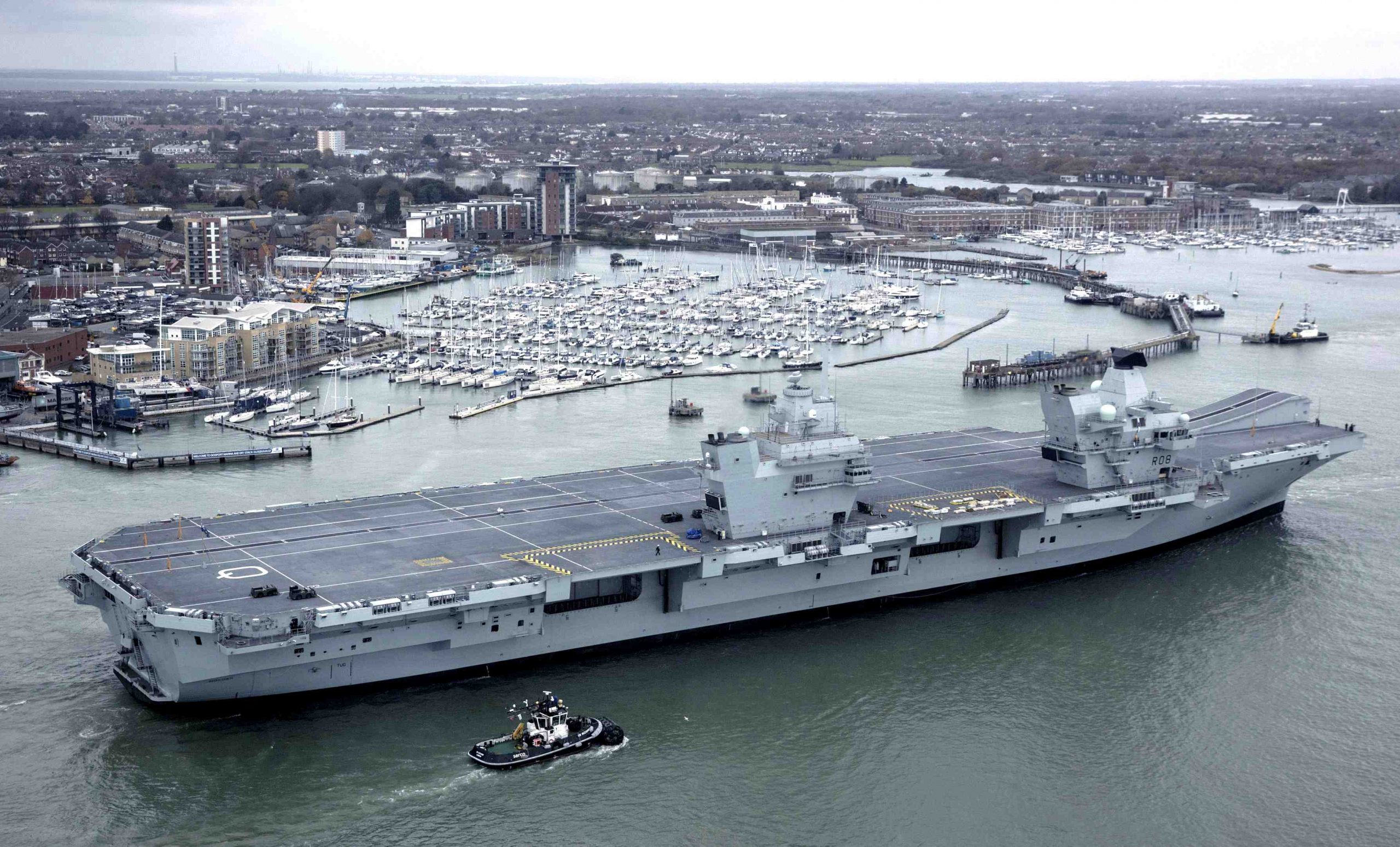 We have been provided with a golden opportunity to help make the “free and open Indo-Pacific” concept a reality by letting the nation and the world know that Japan and the United Kingdom will be forging closer ties in the area of security cooperation.

The UK’s Ministry of Defense has announced that it will be sending a U.K. carrier strike group led by its new 65,000-ton aircraft carrier HMS Queen Elizabeth on a deployment for 28 weeks. It will travel 26,000 nautical miles to around 40 countries, including port calls in Japan and South Korea. Furthermore, Japan’s Self-Defense Forces are currently preparing to engage in joint training exercises with the British military.

The UK carrier strike group will depart Portsmouth Harbor at the end of May. After port visits in India, Singapore and other countries, it will traverse the South China Sea, and in July at the earliest will dock at either Sasebo or Yokosuka.

The fact that the Japanese and British have shared interests and shared values has caused them to forge a quasi-alliance relationship. That being so, we should welcome the British fleet to Japanese ports, and do everything possible to smooth its arrival.

When announcing the dispatch of the strike group, British Prime Minister Boris Johnson emphasized that the deployment of the British naval assets to the Indo-Pacific region—what he termed the most important region in the world—has the aim of protecting international sea lanes.

As China pursues naval expansion to satisfy its growing hunger for hegemonism, Japan and the UK should join hands to deter it and seek solidarity on the issues of Taiwan and Hong Kong.

The United Kingdom participated in the Korean War as part of the UN forces. Even today, it remains a member of the United Nations Command (Korea), with the military attaché assigned to the British Embassy in Tokyo also serving as liaison officer with the United Nations Command-Rear headquartered at Yokota Air Base. With that in mind, Tokyo and London should also deepen their cooperation concerning the North Korea question.

Aside from the carrier itself, the carrier strike group comprises two Type 45 destroyers, two Type 23 anti-submarine frigates, a submarine equipped with Tomahawk cruise missiles, as well as various British auxiliary vessels. They will be joined in the surface fleet by the U.S. Navy Arleigh Burke-class destroyer USS The Sullivans, and a Dutch frigate, HNLMS Evertsen.

Eight British F-35B Lightning stealth fighters will be deployed on the carrier, with 10 U.S. Marine Corp F-35Bs making up the balance of the jet strike force.

The carrier strike force will take part in joint Japan-U.S.-UK exercises, with plans calling for Australian and Indian units to also join the training.

The “Integrated Review of Security, Defense, Development and Foreign Policy” published by the British government on March 16 called for greater engagement by the UK in the Indo-Pacific. That can be taken as evidence of a desire on the part of the British to participate in the “Quad” security arrangement, currently comprising the US, Australia, Japan and India, designed to deter Chinese adventurism in the region.

Japan should appreciate the UK’s interest in the maintenance of order in the Indo-Pacific region and support its participation in the “Quad.”