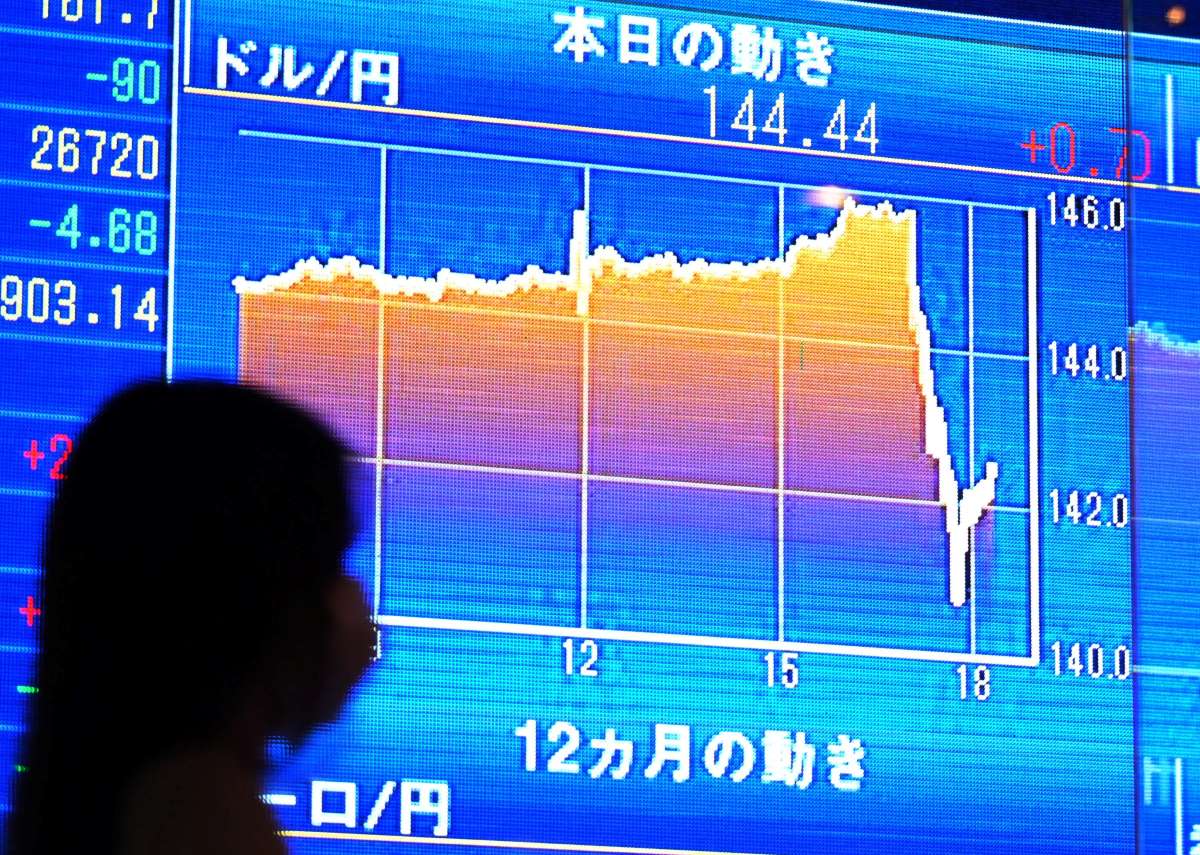 In Osaka, an electronic bulletin board displays the yen exchange rate. Yen-buying intervention by the Bank of Japan caused a temporary surge on September 22. (© Sankei by Takanobu Sawano)

To halt the rapid depreciation of the yen, the Japanese government and central bank intervened in the currency market on September 22, buying yen for dollars for the first time in about 24 years.

Since it was assumed that Japan would not intervene, the move came as a surprise to the market. The intervention caused the yen, which had plunged to the lower end of the 145-yen-per-dollar range, to temporarily jump to the 140-yen range.

Depreciation of the yen, which has weakened by no less than 30 yen to the US dollar over the past six months, has contributed to price hikes in a wide range of consumer items in Japan, including food and energy. Recently, speculative yen moves have also become conspicuous.

Intervention is said to only have a temporary effect and provide only symptomatic treatment of the problem. Nevertheless, it is meaningful that the Japanese government and the Bank of Japan (BOJ) demonstrated their unwillingness to tolerate excessive currency volatility.

Now, Japan must continue to practice maximum vigilance against speculative selling of the yen.

In its latest meeting, the United States Federal Reserve decided on a sharp 0.75% hike in interest rates. The BOJ, on the other hand, maintained its large-scale monetary easing policy, further highlighting the policy divergence between the United States and Japan.

Before the intervention, awareness of the widening interest rate differential between Japan and the United States had given even more momentum to dollar buying for advantageous investment.

A major factor behind the yen's depreciation is the difference between the economies of Japan and the United States. In the United States, higher interest rates were needed to combat inflation, which has been far more severe than in Japan.

Meanwhile, Japan has been forced to maintain an ultra-low interest rate policy because of the delay in economic recovery from the damage caused by the COVID-19 pandemic.

Putting aside concerns about how the interest rate hike could slow down the US economy, speculative selling of the Japanese yen driven by a narrow focus on interest rate differentials is worrisome and cannot be overlooked.

The problem is the merely symptomatic effect of the intervention. Even if it can temporarily check speculative movements, it will not be enough to reverse the underlying trend of the yen’s depreciation — and limited funds mean intervention cannot continue indefinitely.

Since the United States and Europe are generally averse to intervention, which seeks to artificially influence the market, the prospects of any major joint intervention just for Japan's sake are low, even though it would be much more effective than Japan's unilateral intervention.

BOJ Governor Haruhiko Kuroda indicated that the BOJ will not be raising interest rates for the next two to three years. That means that as long as the United States does not slow down its interest rate hikes, the yen's continuing depreciation associated with interest rate differentials would be difficult to reverse.

Being mindful of all the factors at play, the Kishida administration must do everything in its power to counter the yen's depreciation. Providing appropriate financial support for households and businesses struggling with rising prices remains an important task.

Exporters and other firms whose earnings improved as a result of the depreciating yen should be requested to raise wages more aggressively. Most importantly, Kishida must build a robust economy that would be able to withstand the negative effects of a weak yen.