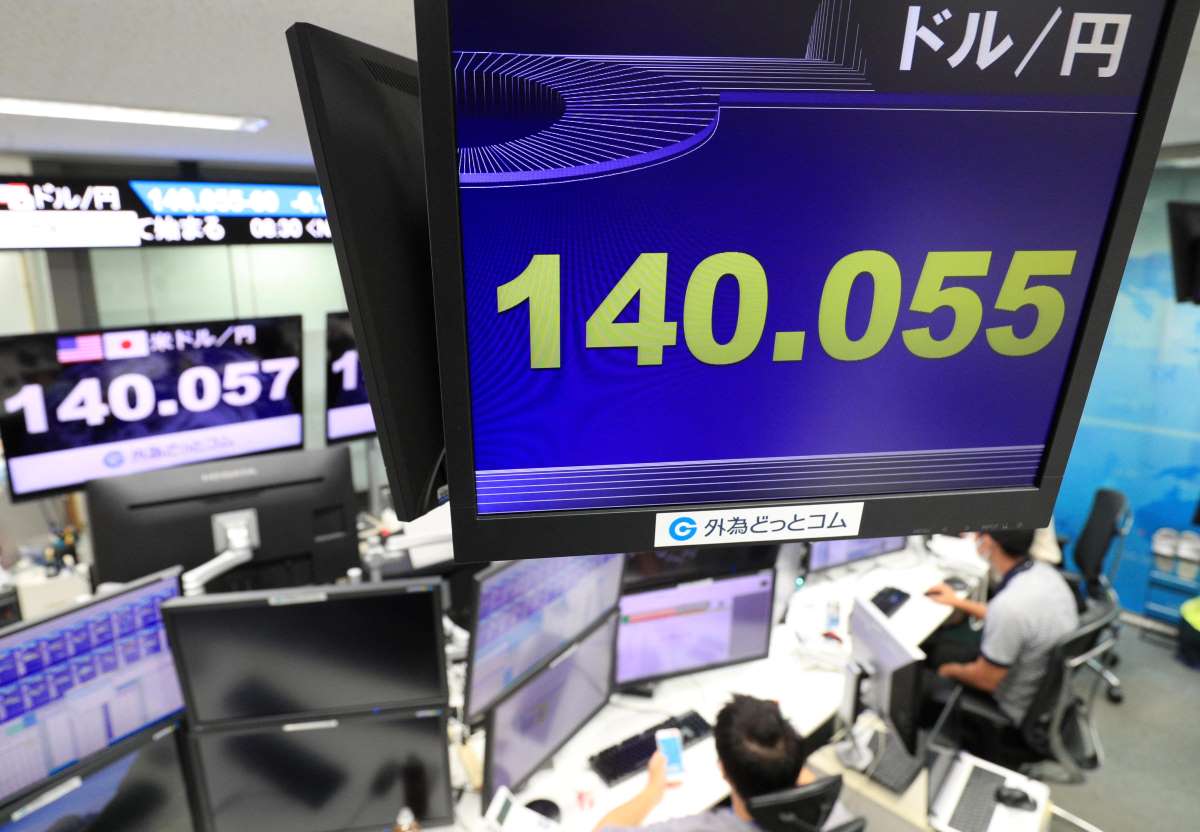 US dollar strength against the Japanese yen.

Turmoil in the currency market continues in the lead up to the next meeting of the Federal Open Market Committee (FOMC) of the United States Federal Reserve Board (FRB) scheduled for September 20 and 21.

Anticipating further major interest rate increases, on September 2 the value of the Japanese yen plummeted to just below 140 yen to the US dollar on the Tokyo Foreign Exchange Market. It was the first time in around 24 years that it has weakened to that level.

It was also down roughly 25 yen from where it stood at the end of 2021. With Japan lagging in its recovery from the COVID-19 pandemic, the negative effects of “bad price increases” resulting from the cheaper yen are increasingly visible.

The trigger for the sharp decrease in the value of the yen was a hawkish speech given by FRB Chairman Jerome Powell on August 26. In the speech, Powell expressed strong resolve to raise the benchmark interest rate to stem the rampant inflation that is causing pain for family budgets and companies alike in the United States.

Meanwhile, Bank of Japan Governor Haruhiko Kuroda told the July meeting of the Bank of Japan Monetary Policy Meeting that he has “absolutely no intention of raising interest rates.” Kuroda thus signaled that he will stick stubbornly to his monetary easing strategy.

Investors have duly taken note of the divergent trajectories for US and Japanese monetary policies. Increasingly, they are selling yen to buy US dollars promising a higher yield. That in turn increases the downward pressure on the Japanese yen.

The result is that price rises are becoming acute, even in Japan. The consumer price index (excluding fresh food) on a year-on-year basis has topped the BOJ target of two percent in four consecutive months through July 2022.

Among the various factors causing import prices to rise, it is estimated that the cheap yen accounts for close to half of the total. If the cheap yen trend continues, it is likely that the pressure for price increases on items such as everyday necessities and home electrical appliances will further increase.

The biggest problem is that there have not been corresponding increases in wages. In order to create conditions fostering “good price increases,” the BOJ is determined to stick to its monetary easing stance, come what may, in order to stimulate economic activity by businesses and households.

Tomo Kinoshita, global market strategist at Invesco Asset Management (Japan) Limited, says: “After the summer, prices for things like airplane tickets and lodging should drop. The price situation in the United States should calm down in a few months, and then we should see the trend reverse in the direction of endaka.”

For the time being, Kinoshita expects the exchange rate to move roughly in the 130-140/yen to the dollar range. However, some analysts are concerned that the yen’s value may fall even further.

Economists are warning that more developing countries may follow Sri Lanka on the road to default.