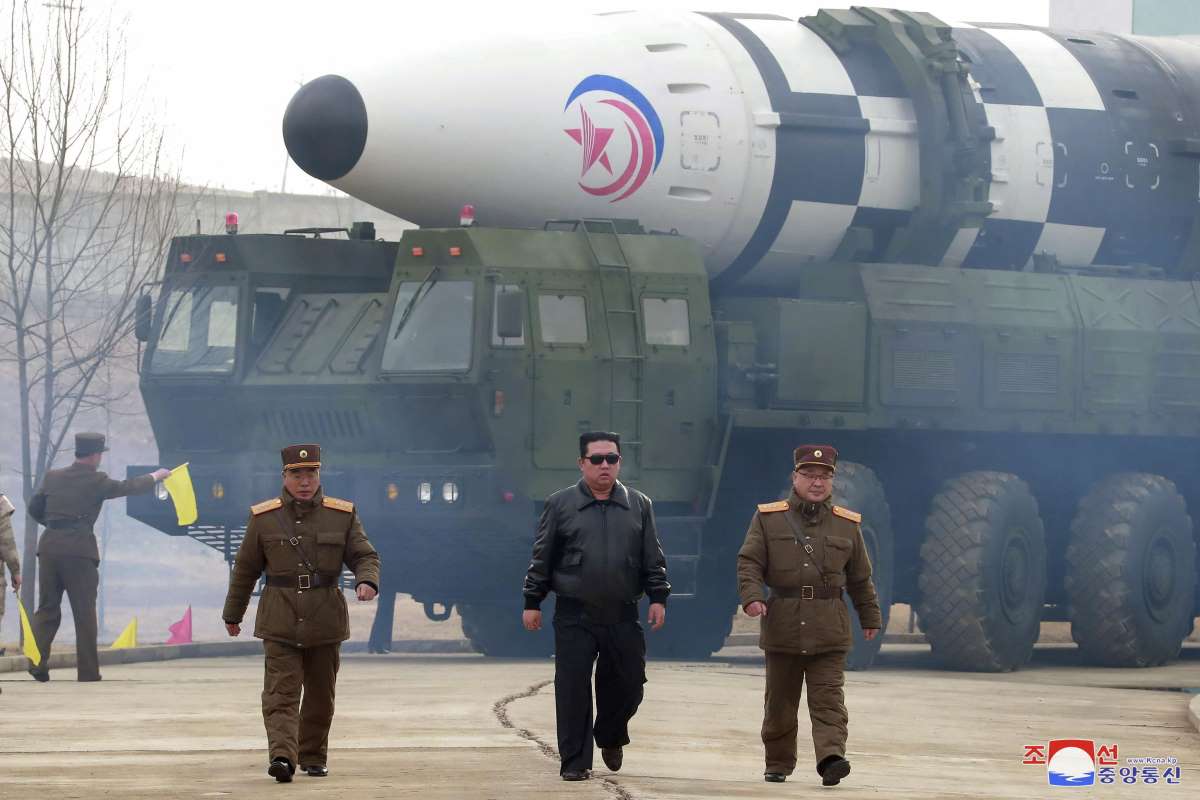 Kim Jong Un in Pyongyang where the testing of a new class ICBM over the Sea of Japan was announced. The missile landed inside Japanese EEZ waters, very near Japan's northern island of Hokkaido. Photo provided by Korean Central News Agency via Kyodo)

In order to safeguard the lives of the Japanese people and peace in the world, Prime Minister Fumio Kishida must boldly guide Japan towards a substantial increase in defense spending.

It is impossible to ignore how dangerous international society has become. In the West, Russia is invading Ukraine. In the East, China is rapidly building up its nuclear arsenal, even as it aims to take over Taiwan and the Senkaku Islands and gain uncontested control of the South China Sea.

The G7 industrialized nations and other countries that respect liberty, democracy, and the rule of law must cooperate to preserve peace in the face of such challenges from China, Russia, and other autocratic powers.

Never has there been a time since the end of the Cold War in which it seemed more appropriate than now for every nation in the Free World to assume a reasonable part of the burden for defense spending. That is because, if one nation develops adequate defense capabilities, it correspondingly alleviates the burden for its allies and like-minded governments, thereby increasing all-around preparedness to deal with various threats.

United States President Joe Biden has proposed a Fiscal Year 2023 defense budget of $813 billion USD (approximately ￥101 trillion JPY). It is the largest level of defense spending by the US to date, up 4% from the previous year.

The summary of the National Defense Strategy released by the US Defense Department labels China as its “most consequential strategic competitor and pacing challenge.” That statement is certainly true, but we would note that previously China was viewed as the “only strategic competitor” of the United States.

Clearly now Washington will have to commit some of its power to deterring Russia. President Biden himself declared as much when he said that the “world has changed” when asking for understanding about the need for the requested increase in defense spending.

Nonetheless, even with such large defense spending, the United States alone will be unable to respond to these threats in the East and in the West. Cooperation by its allies Japan and Western Europe will be absolutely indispensable.

Meanwhile, Japan’s defense spending has lagged. The cumulative total of around ￥6 trillion JPY ($48.4 billion USD) allocated for defense in the FY2022 supplementary budget and FY2023 initial budget doesn’t rise above 1.09% of GDP.

All countries are now financially strapped. Nevertheless, considering that as things now stand Japan’s defense spending is only about one half the NATO target, how can we persuasively call upon others to cooperate in deterring China and North Korea?

RELATED: INTERVIEW | Shinzo Abe: No Country Will Fight Alongside a Defenseless Japan

Prime Minister Kishida has in the Diet and in press conferences repeatedly cited the need to “drastically strengthen” Japan’s defense capabilities. He must now demonstrate leadership in turning his words into reality as soon as possible.