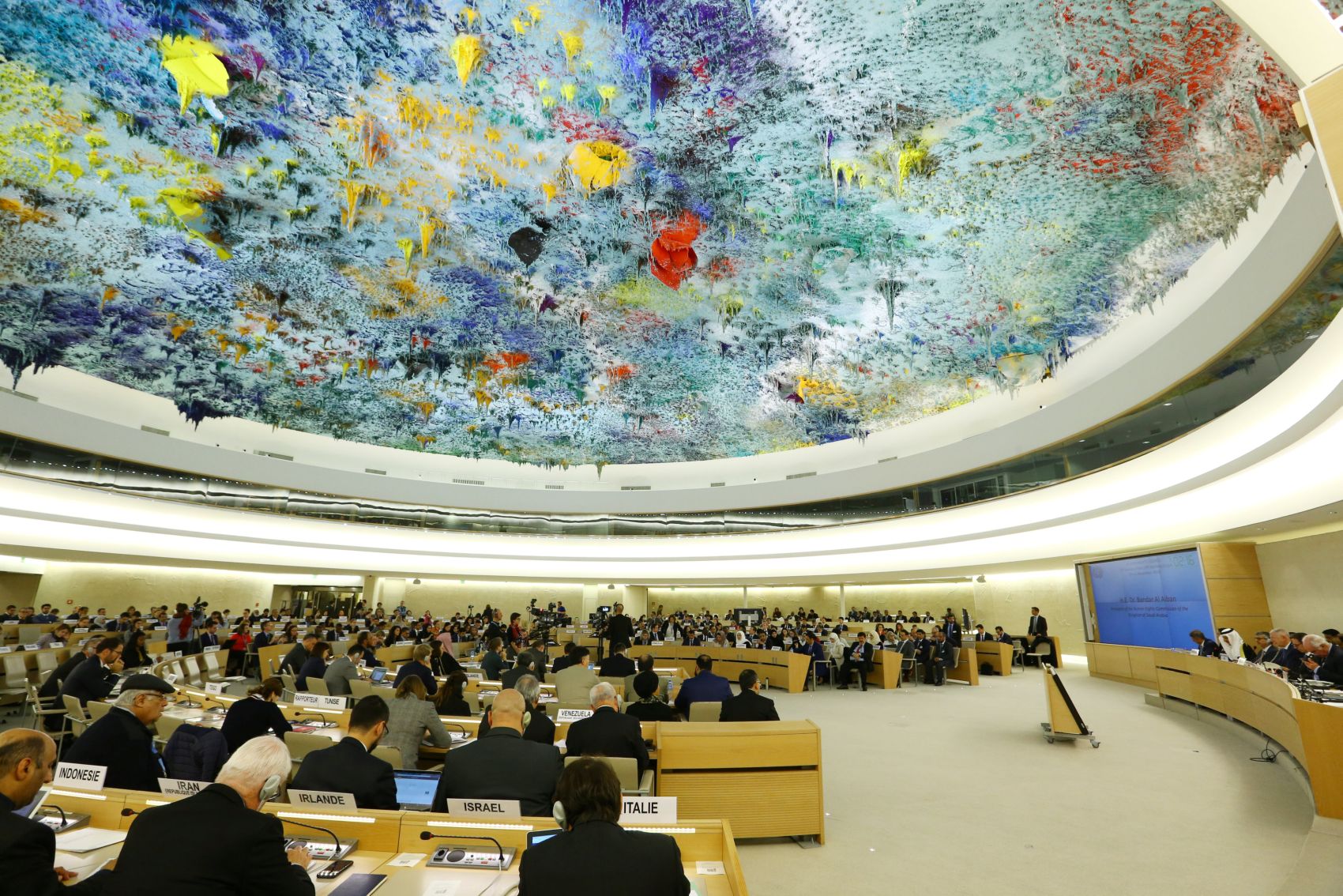 Comfort Woman Stature on the bus in Seoul.

On November 19, the U.N. Committee on Enforced Disappearances, which forbids acts of abductions, voiced concerns over the Japanese government’s handling of the World War II era comfort women issue. It said Japan needs to clarify facts and indict perpetrators.

The accusations are full of misunderstandings and bias and are unacceptable. The Japanese government should firmly demand a retraction.

The committee’s final opinion, after reviewing Japan’s judgment on the matter, misstates that former “comfort women” might have been victims of enforced disappearance. The committee, however, is ignoring historical facts.

The viewpoint that the Japanese military administered the war-era seizing of comfort women is an error systematically based on a fiction.

Testimony provided by Seiji Yoshida, who claimed he had hunted and kidnapped comfort women, spread the misconception around the world that the women were violently and forcibly abducted by the Japanese military. However, it is now a known fact that his stories were fabricated.

A report by Radhika Coomaraswamy, a former United Nations special rapporteur, also claimed the comfort women were “sex slaves.” However, there is no corroborative evidence for the testimony cited in her report.

The insinuation that there are “reports that the Japanese government has not disclosed statistical data and factual matters” is also an ungrounded accusation. It stemming from lies growing out of the debunked Seiji Yoshida testimony, including inflammatory statements such as “hundreds of thousands of women were forcibly taken away.”

The Japan-Korea Agreement on the Comfort Women Issue signed in 2015 is criticized by South Korean activists by saying that it “negates the rights of victims who seek compensation.” However, the facts of this agreement should not be overlooked. In fact, the majority of surviving former comfort women have accepted the payments and are receiving organizational support on the basis of the agreement.

It is South Korea which has discarded the 2015 agreement and keeps wanting to renegotiate the issue over and over again.

There is a separate committee set up for each U.N. Human Rights convention. In them, the circumstances concerning the convention’s member states are reviewed. This past August, the Committee on the Elimination of Racial Discrimination, out of the blue, declared that Japan’s response to the comfort women issue is “inadequate.”

If left neglected, such demands and baseless criticisms against Japan will continue and the U.N. committees will become a mere platform for anti-Japanese propaganda.

With wars and coup d’ états in various parts of the world, there are plentiful examples of states in crisis today, depriving people of their freedom and raising concerns about the disappearance of many.

The International Convention for the Protection of All Persons from Enforced Disappearance, which came into effect in 2010, defined such acts as criminal and set up outlines for sanctions.

Japan deems this committee particularly important from the standpoint of enhancing international concern about enforced disappearances, including the abduction of Japanese citizens by North Korea. For this reason, Japan also includes one international law scholar among its 10 U.N. committee members.

That the comfort women issue should be raised in such committees is beyond comprehension. In addition to careful selection of committee members, the Japanese government needs to stand firm and send a message that untrue accusations shall no longer be tolerated.