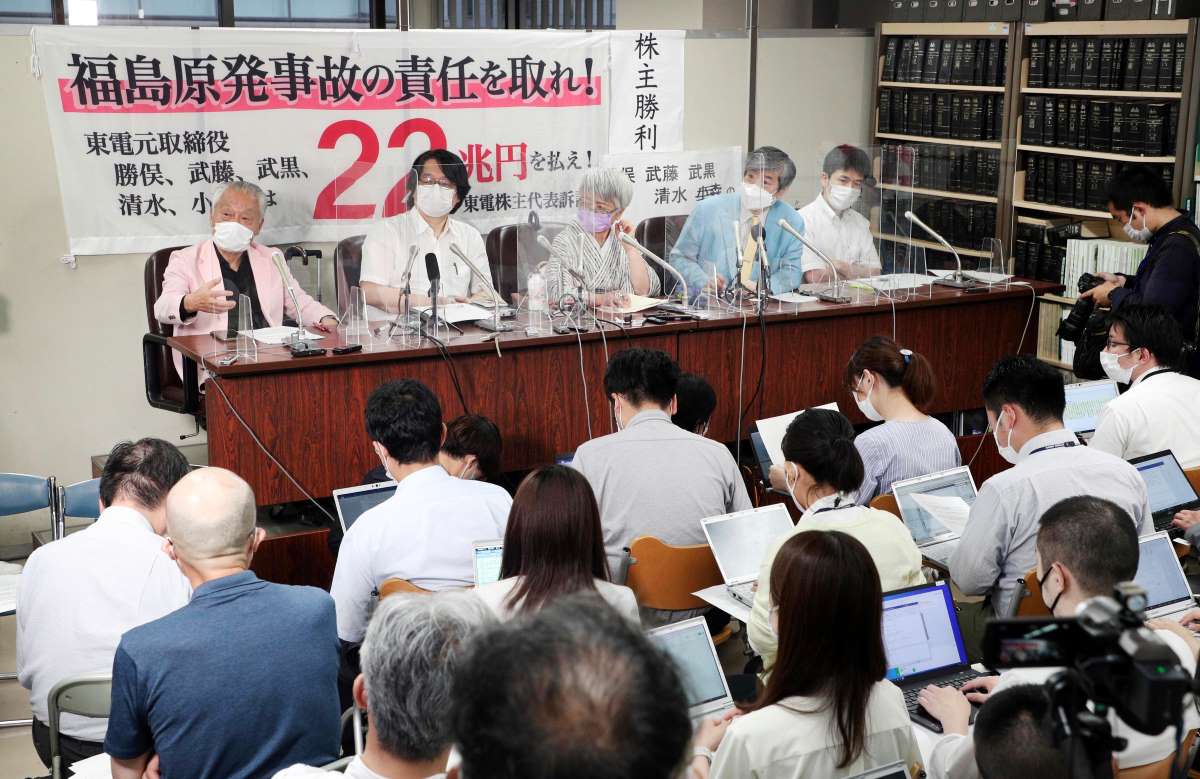 Another contradictory ruling by the Japanese judiciary has left many scratching their heads.

But it was only in June that the Supreme Court absolved the government of liability in a class action lawsuit brought by residents who evacuated their homes following the accident.

The Supreme Court ruled on the grounds that the earthquake was far more powerful than predicted — that even if the government had made TEPCO take precautions against a potential tsunami, it would not have actually prevented the tsunami from inundating the plant.

It would follow that the Tokyo District Court ruling — that the accident was not prevented because the former management failed to make facilities “watertight” — is wholly irreconcilable with the main thrust of the Supreme Court’s decision.

Although the foreseeability of the tsunami wasn’t discussed at length by the Supreme Court, it was held that the damage could not have been avoided.

One of the issues of contention was the former management’s response to a long-term earthquake assessment released by the government’s Headquarters for Earthquake Research Promotion in 2002.

The plaintiff shareholders argued that former management brought extensive harm to TEPCO by failing to take precautions despite having been aware of the possibility of a megatsunami hitting the Fukushima Daiichi Nuclear Power Station.

But this claim contradicts the Supreme Court ruling, which was that the accident would have occurred even if the former management had taken precautions. By allowing such a claim to stand, the Tokyo District Court decision could be seen as disregarding the Supreme Court inquiry.

There have been noticeable discrepancies among judicial decisions in nuclear power plant lawsuits. This is especially evident in the contradictory rulings of the district court and the high court in the class action lawsuit filed by the evacuees.

The Supreme Court’s decision in June was expected to clear up the confusion, but it has failed to deliver.

Three of the four members of the former management had been indicted on charges of manslaughter in connection with the Fukushima nuclear accident. They were subsequently acquitted in 2019 by the Tokyo District Court, which did not recognize the reliability of the long-term earthquake assessment.

Even though there is a difference between a criminal trial and a civil trial, the fact that the same district court made a contradictory decision on the foreseeability of tsunami damage less than three years later is evidence of a confused, inconsistent judiciary.

Moreover, the damages awarded are astronomical — far beyond what an individual could possibly pay. It makes one question the rationality of the court.