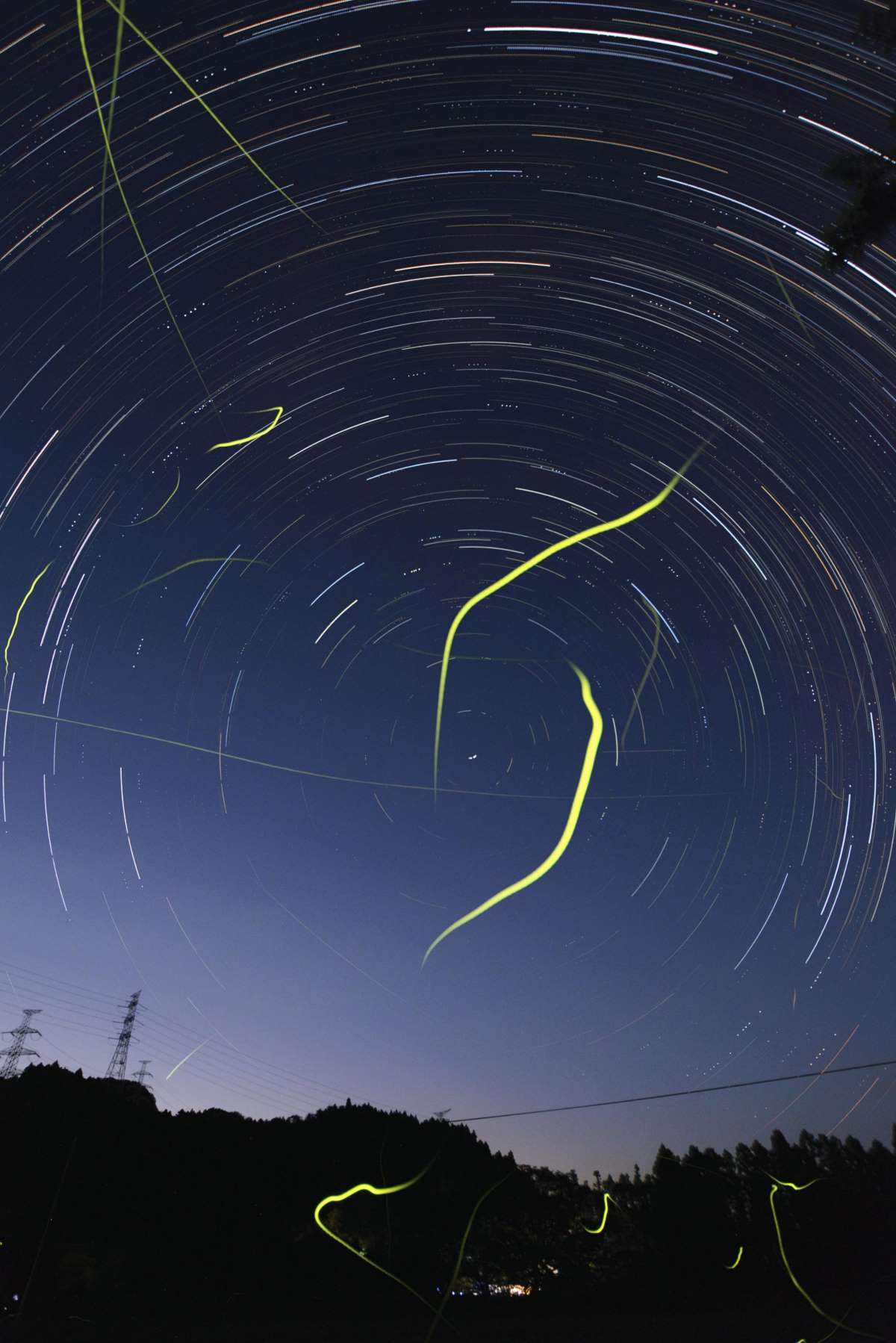 Fireflies spotted around the Ogawara district of Okuma Town, Fukushima Prefecture. The green rays were glimmering under the starry sky on the evening of June 30 night (comparative bright composition of long-exposure images).

On the night of June 30, the sparkling rays of fireflies flickered against the star-studded sky in Ogawara, a part of Okuma Town in the suburbs of Fukushima Prefecture.

This is where the Tokyo Electric Power Company’s Fukushima Daiichi Nuclear Power Plant is based. The evacuation order for Okuma was partially lifted for low radiation areas covering some parts of the prefecture in April 2019, but restrictions remained for areas designated as difficult-to-return zones.

The picturesque scene took place near a clean stream flowing through the farm of 83 year old Ukichi Sato, about 8 km from the nuclear power plant. The sparkling fireflies seemed to be celebrating the cancellation of the restrictions announced that day for a part of Okuma Town.

The area is the second municipality in Fukushima Prefecture to allow people to return to a difficult-to-return zone since the March 2011 earthquake, tsunami and nuclear accident. A similar evacuation order for part of the village of Katsurao village in Fukushima was lifted on June 12.

The number of fireflies had fallen sharply after the nuclear accident, when the grass was mowed and topsoil removed as part of the decontamination process to reduce radiation levels.

Since 2012, however, after some restrictions to the area were relaxed,  Sato has taken pains to create a favorable natural habitat for the insects by improving the streamflow where larvae could live.

And sure enough, the fireflies have reappeared.