EDITORIAL | Revise That Constitution, Japan Needs Its Own Armed Forces 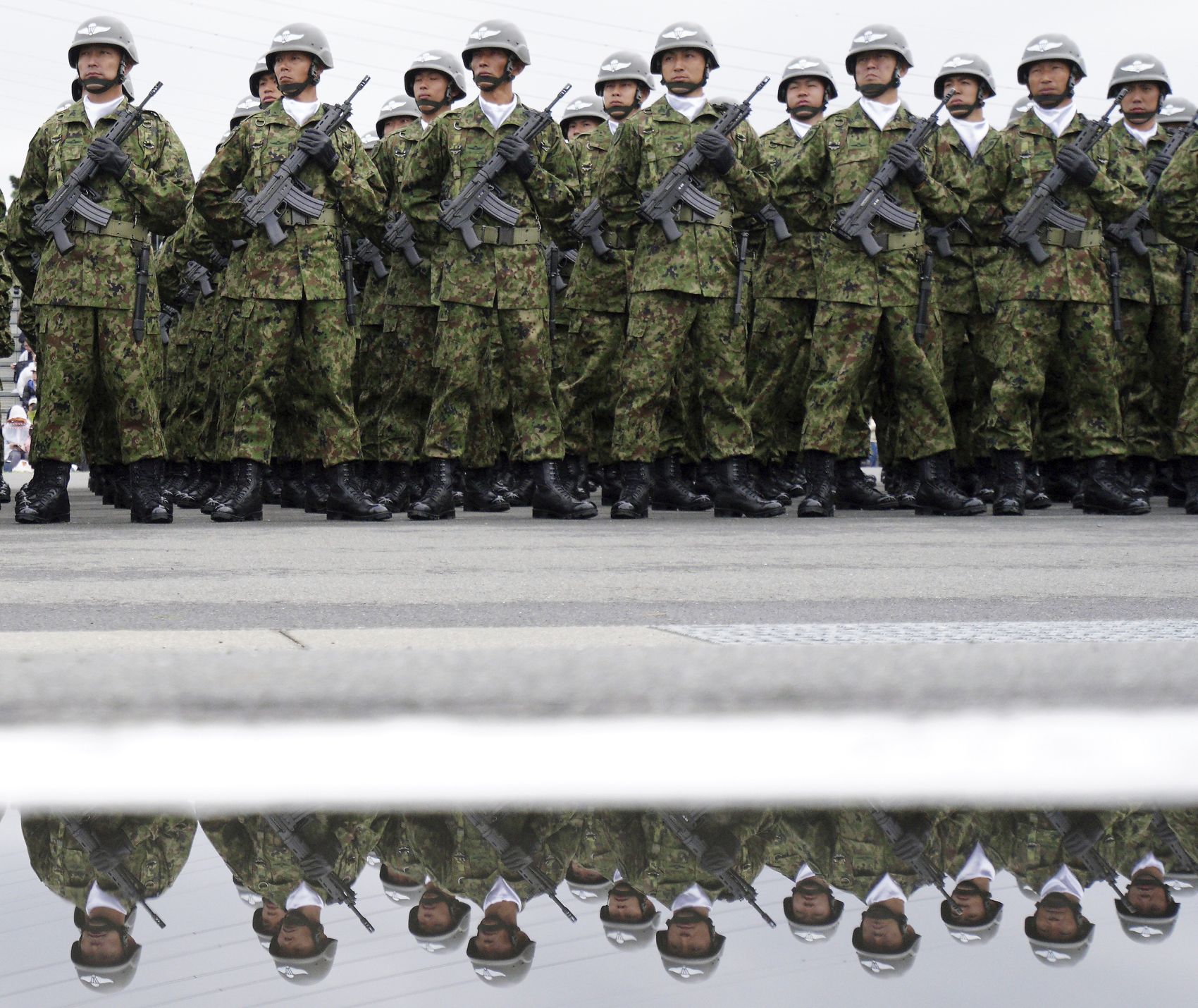 Reflecting the postwar Constitution of Japan, the Self-Defense Forces of Japan help the people of Japan in times of pandemics and natural disaster, but they are not an armed force with the power to deter outside threats.

On May 3, Japan marked the 75th anniversary of the day its postwar Constitution took effect, even as Russia’s bloody invasion of Ukraine continued unabated.

Three quarters of a century have passed. And now, more than ever, the following famous passage in the preamble of the postwar Constitution appears to be nothing but the height of wishful thinking, completely out of touch with reality:

We have determined to preserve our society and existence, trusting in the justice and faith of the peace-loving peoples of the world.

The simple fact is that there are nations today which do not seek to preserve peace, nations which disdain justice and honor. The postwar Constitution says nothing about how we can respond to that stark and undeniable reality. It is a document that has failed to stand the test of time.

A Preamble of Empty Ideas

As a permanent member of the United Nations Security Council, Russia has grave responsibilities concerning international peace. However, on false pretexts, it has attacked Ukraine, an independent, sovereign nation. Even now, it is slaughtering innocent people.

If Ukraine had followed the approach dictated in the preamble of Japan’s Constitution, no doubt it would have been quickly trampled under the feet of the Russian military. Russia would have annexed it, partitioned it, or made it a satellite.

There is not even a remote possibility that the Ukrainian people would have been left unharmed had they meekly surrendered. Ukraine would not have been allowed to remain independent, free, and democratic. Nor would the Ukrainians have been able to resist horrendous atrocities, such as those which have been perpetrated by the Russian military in towns and villages near Kyiv.

However, the Ukrainian people chose not to respond in the irresponsible, feeble manner called for in the preamble of the Japanese  Constitution. Instead, they have risen as one to defend their homeland, their communities, and their loved ones, with support from the West, including Japan.

It has not been the preamble of the Constitution, or Article 9, that has ensured peace for Japan in the postwar era. Countries which believe “might makes right” — like Russia, as well as its predecessor the Soviet Union, China, and North Korea — have shown no respect for international law and the sovereignty of other nations. Certainly, they would not respect Article 9 of the Japanese Constitution.

In the final analysis, we can say that it has been the deterrent provided by the Self-Defense Forces and United States military power under the Japan-US Security Treaty that has preserved the peace.

Deterrence and the capacity to respond to an attack are the factors that underpin national security and diplomatic clout. Many members of the opposition camp who carry the banner of preservation of the preamble and Article 9 of the Constitution seem never to have been able to grasp this simple fact. They have been obstructing the development of realistic national security policies.

The preamble and Article 9 should be the first elements amended in the process of constitutional revision.

Land, sea, and air forces, as well as other war potential, will never be maintained.

This provision should be dropped and the Constitution amended so as to clearly recognize Japan’s ability to maintain armed forces. Countries that might be tempted to invade Japan would have a higher hurdle to overcome if Japan has its own military for protecting the nation and its people, like other democracies throughout the world, and adopts the principle of collective security so that it can engage in joint defense with friendly nations.

Prime Minister Fumio Kishida is currently mulling the introduction of a counterattack capability that would allow Japan to respond to missile attacks and similar forms of aggression. China, North Korea, and other countries have achieved spectacular improvements in their missile capabilities. It has reached the point where we cannot depend solely on anti-missile defenses to protect against incoming missile attacks.

Despite this increasingly dangerous defense environment, opponents of the acquisition of a counterstrike capability claim that it conflicts with Japan’s defense-only stance based on the spirit of Article 9. Such an interpretation shows the grave harm that Article 9 can cause.

As things now stand, in its current draft revision, the ruling Liberal Democratic Party is aiming to clearly state the role of the Self-Defense Force (SDF) in the Constitution. That is instead of pushing for amendment of Article 9, Paragraph 2, that would allow Japan without reservation to possess its own armed forces for national defense.

However, in light of the invasion of Ukraine and the rapid military expansion by China, North Korea, and other countries, Japan choosing to push for the clarification of the role of the SDF instead of amending Article 9 has the feel of an outdated response.

Be that as it may, clarifying the role of the SDF as one step on the road to full-scale constitutional revision would not lack significance. For one thing, it would make clear to everyone the critical role that national defense plays for the nation.

Explaining in school curricula the role that deterrence and other aspects of national defense has would be beneficial. It would at least enhance the quality of the debate about Japan’s security.

A leader of the Constitutional Democratic Party, Japan’s main opposition party, went so far as to make the perverted declaration, “Defense is also the word used for the greatest attacks,” in opposing the idea of acquiring a counterstrike capability. If the level of discussions about national defense are enhanced, then we are likely to hear less of such absurd opinions.

Article 9 is not the only part of the Constitution that needs to be revised. We continue to be at a standstill regarding the debate on a provision to deal with emergency situations.

That debate began 11 years ago at the time of the Great East Japan Earthquake. We have no way of knowing when a major earthquake might occur along the Nankai Trough or directly under the Tokyo Metropolitan Region.

Then too, if a contingency arose concerning Taiwan, which is in close geographic proximity to Japan, that would directly impact Japan. We need to prepare for the possibility that we might not be able to hold elections for the House of Representatives and Upper House of the Diet, or that the Diet and other government organs at various levels might not be fully functional.

The research commissions on the Constitution in the two houses of the Diet need to abandon their snail’s pace and get to work on actually writing a draft of the revised Constitution. As leader of Japan’s largest political party, Prime Minister Kishida needs to show leadership in that regard.

RELATED: EDITORIAL | 70 Years Later, are We Passing On a Sovereign Japan to the Next Generation?

(Read the Editorial in Japanese at this link.)