How Far: The Widening Money Gap Between Asia and America 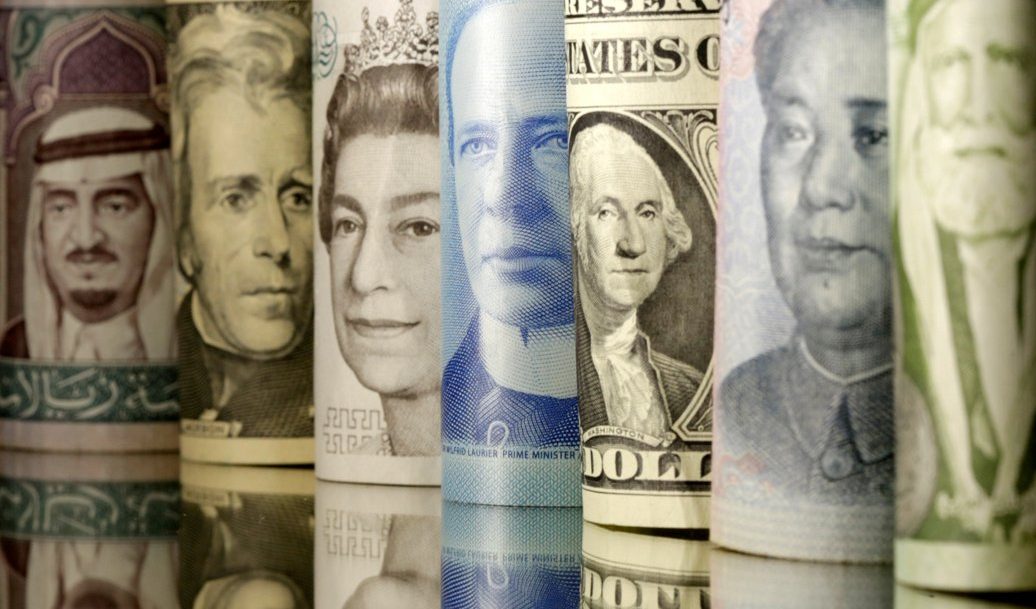 The US Dollar is hitting highs against many international currencies, including the Japanese Yen and Chinese Yuan. REUTERS/Dado Ruvic/Illustration

I was taken aback the first time I came across a Japanese coin with a hole in the middle.

So far as I know, no coins in Europe or North America have holes. But in Japan, both five yen coins and 50 yen coins include this striking feature.

People who study coins – a field of endeavor known as numismatology – place great significance on holes, as they reveal a link between modern Japanese money and ancient China. Back in the early centuries of the first millennium AD, Chinese merchants traveled abroad with purses full of Ban Liang coins, hoping to persuade foreigners to use them.

Alas, the Japanese were unimpressed. They prefered to barter with rice or pieces of cloth. This continued until about 700 AD, when a tech innovator rose to power in Nara.

That visionary was Empress Genmei. She supported the copper industry and urged metal workers to mint an independent imperial currency. Following the example of the Chinese prototypes, the first Japanese copper coins had holes in them. Today, I fear that such copycat behavior would provoke allegations of intellectual property theft.

The economies of modern Japan and modern China are quite different from one another. Nevertheless, for the past few months the financial news from Asia has been dominated by the decline of currencies from both countries against the United States dollar.

The Japanese yen, adjusted for prices, is at the lowest level since the 1970s. The yen started to slide in 2021, when it became apparent that the US Federal Reserve would raise interest rates, creating a widening gap in yields across the Pacific.

Now the Fed is under pressure to address two serious problems – very high inflation and the mounting risk of a recession later this year. Europe’s economy is also slowing and it could well fall into a recession, should there be a significant dispute over gas supply because of the war in Ukraine.

The recent jump in oil and gas prices has precipitated the decline in the value of Japan’s currency. Unlike previous times of geopolitical turmoil, investors no longer regard the yen as a “safe haven”.

Will the yen remain weak, or is this just a temporary spell in the doldrums?

Well, the Bank of Japan said in March that recent increases in energy prices will weigh on the Japanese economy in the short-term but will eventually wane.

However, given that the central bank is determined not to follow the Fed by raising interest rates, a weak yen seems inevitable.

This trend, combined with rising oil prices, leads to painful inflation in Japan. Delivery drivers are aghast at the increasing cost of petrol at the pumps and shoppers are struck at how expensive imported food, such as cheese, has become in supermarkets.

I have come across a few patriotic traders in Tokyo who are talking up the yen. But most economists warn that the Bank of Japan’s reluctance to raise rates is a sign that it has run out of practical options to get the economy back on track.

Turning to China, the yuan lost near 4% of its value against the US dollar in April. This is predominantly linked to the pressure on the economy caused by the Communist government’s stubborn adherence to a “zero-COVID” strategy, which uses mass testing and strict lockdowns to try to prevent the virus spreading. Shanghai has been in special measures for a month.

The official line is that this strict approach is keeping people safe and the death rate low. However, this is not the full picture. I have seen reports that some buildings in Shanghai have been surrounded by green fences, which were erected by soldiers in hazard suits, leaving people trapped inside their homes. When residents attempt to complain, their voices are quickly silenced.

China’s economic figures for April will “certainly be disastrous” according to Gavekal Dragonomics, a consultancy. I also believe that the implications for China’s currency would be even more severe, were the yuan to be allowed to trade freely on the markets. Instead, it is protected by the government, which limits its movements against the dollar.

China’s currency worries may deter its central bank, the People’s Bank of China, from cutting interest rates to revive growth. This leaves its leaders fixated on the idea that fiscal stimulus is the way out of the mess. Citigroup, a bank, forecasts that infrastructure spending in China could grow by 8% this year.

It is a vast figure and yet I recognize that many people may not see much benefit from this lavish government spending in their daily lives.

Nevertheless, in some senses, the Japanese can count themselves fortunate. There are no more lockdowns. Foreigners are gradually trickling back.

It’s not a perfect situation, of course. There is still good reason to be worried about global oil prices, supply chain bottlenecks, China’s COVID problem, and a looming recession in the United States and Europe.

Yet – as the little space in the middle of coins reminds us – there’s often a shortfall between perfection and reality. There are even stories that the hole is for people to find unity with peace when in prayer. That theory sounds a little vague and I am not sure whether the myth originated in China or Japan.

Still, it is a charming idea and surely, both lands could benefit from some good fortune at the moment.