EDITORIAL | 70 Years Later, are We Passing On a Sovereign Japan to the Next Generation? 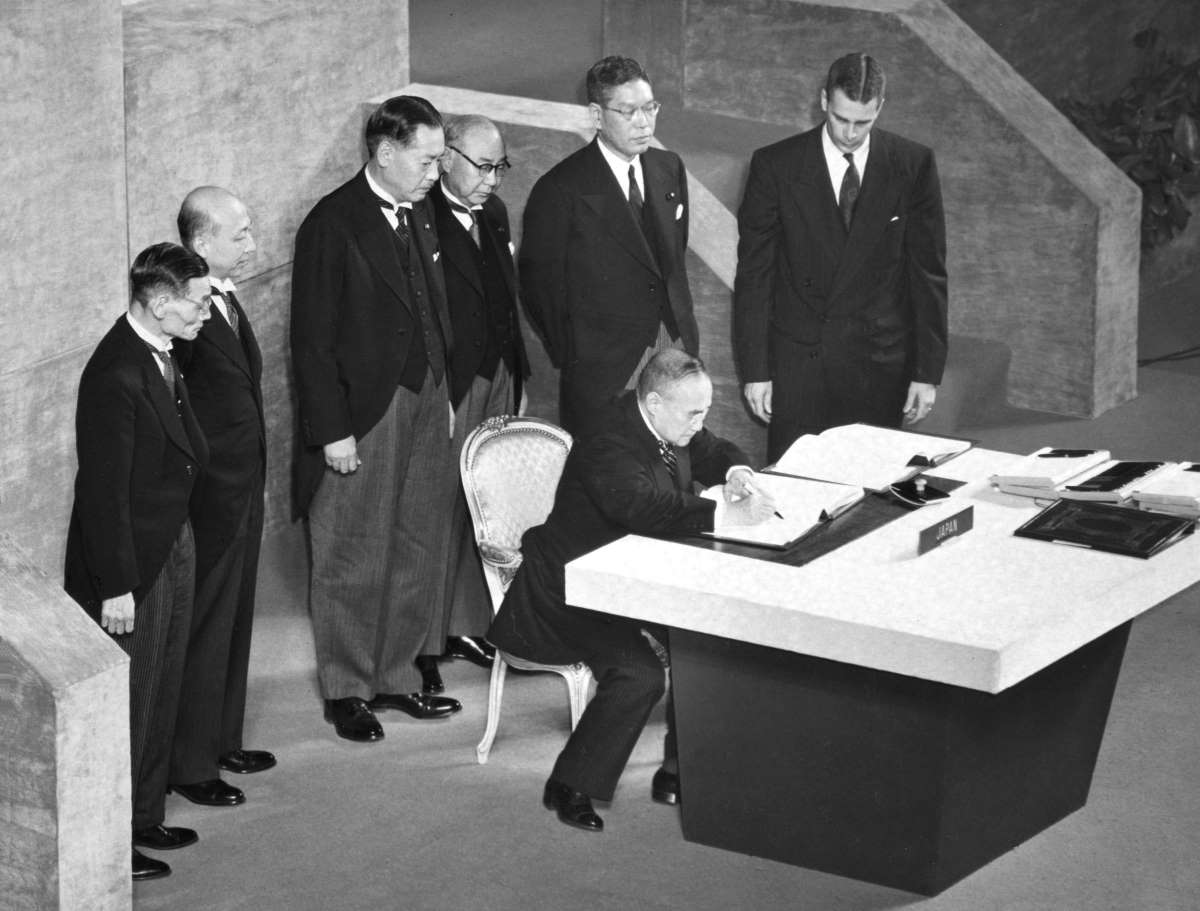 On April 28, 1952, the San Francisco Peace Treaty came into force. In 2022, Japan marks the 70th anniversary of the restoration of its sovereignty.

Sovereignty is the mark of an independent nation that can decide its own path without interference from other nations. The importance of this can be clearly seen in Russia’s invasion of Ukraine, where the people have stood up courageously against their invaders to defend the independence, and therefore sovereignty, of their country.

According to international law, wars are ultimately brought to an end by the enforcement of peace treaties. Unfortunately, despite Japan marking its 70th year since its postwar period truly began, the significance of the restoration of its sovereignty is still not well understood.

Harsh Realities of the Occupation

During the more than six years of occupation, Japan lost its sovereignty and had to be at the beck and call of the Supreme Commander for the Allied Powers (SCAP).

But many in Japan perceive these years no differently than the 70 years since Japan regained its sovereignty. This is the lingering curse of the occupation.

SCAP Directives took over every corner of Japanese politics, economy, and society. Japan had a government and a Diet, but no autonomy. Anything that went against the will of SCAP was forbidden.

Textbooks were blacked out, and media — including newspapers, publications, movies, and broadcasts — were censored. Even the mention of the censorship system was forbidden. With the press and speech controlled, there was no freedom in occupied Japan.

The adverse effects of the Tokyo War Criminal Trials, by which the losers of the war were condemned under ex post facto laws, continue to this day. Without any regard for Japan’s side of the story, history was rewritten to suit the Allies. And a masochistic view of history was instilled into the minds of the Japanese people.

The sovereignty of a nation is a prerequisite for the enactment or revision of a constitution. But SCAP forced upon Japan a draft constitution that only took its American staff one week to prepare, threatening that otherwise the Emperor’s life would not be guaranteed.

Japan is still unable to revise its Constitution, which was created while it had no sovereignty. Even though sovereignty was restored 70 years ago.

Even then when sovereignty was restored, United States military rule continued in Okinawa, the Amami Islands, and the Ogasawara Islands.

Some have called the day sovereignty was restored “a day of humiliation,” when Okinawa became separated from the mainland. But this is misguided.

When the San Francisco Peace Treaty was signed, then-Prime Minister Shigeru Yoshida stated clearly that he “cannot but hope that the administration of these islands will be put back into Japanese hands in the not distant future.”

But the Japanese government fought back strenuously, and the world recognized its residual sovereignty in Okinawa. The government never gave up on the reversion of Okinawa, and in 1972, Okinawa was returned to the mainland 20 years after the peace treaty came into effect.

Still, today Japan’s restored sovereignty is incomplete and under threat.

The four southernmost Kuril Islands and Takeshima (aka Liancourt Rocks) should also be under Japan’s sovereignty, but remain illegally occupied by Russia and South Korea, respectively. The abduction of Japanese citizens by North Korea is another serious violation of sovereignty and human rights, and it is yet to be resolved.

Meanwhile, China has been trying to seize the Okinawa islands. Although Japan exercises de facto control of the Senkaku Islands, China Coast Guard ships have been roaming the surrounding waters and repeatedly trespassing into Japan’s territorial waters.

Another major concern is the possibility of a Taiwan contingency, which would precipitate a Japan contingency because of Taiwan’s geographical proximity.

There are many lessons to be learned from the tragedy occurring in Ukraine, which unfortunately was not able to deter Russia. It was invaded because Russia deemed its defenses to be weak.

Deterrence is established when the government and the people demonstrate their will and readiness to defend the land, waters, and airspace under their sovereignty.

In recent years, the government screening of textbooks finally approved the listing of the four southernmost Kuril Islands, Takeshima, and the Senkaku Islands as Japan’s inherent territories. Yet, there is still no discussion on the perspective of territorial defense in the context of national sovereignty.

There was even a time in Japan when so-called intellectuals, indifferent to their own country, were considered progressive. They criticized visits by public figures to Yasukuni Shrine, which enshrines those who lost their lives trying to protect Japan.

This is not the way to go. On this 70th anniversary of the restoration of sovereignty, the Japanese people must reflect on the importance of protecting their territory and passing on a free, independent, and sovereign Japan to our descendents.