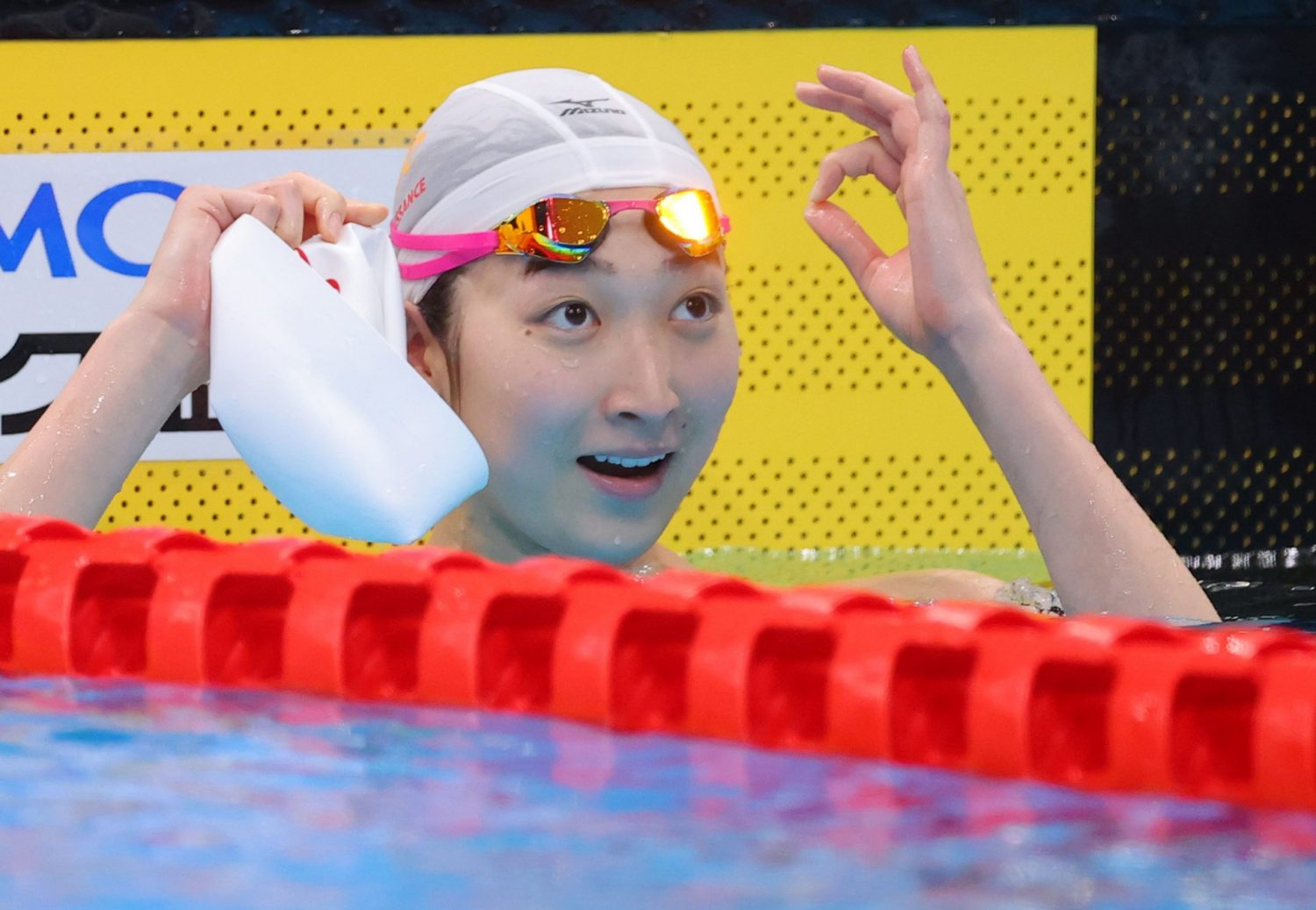 At times, sports will allow us a glimpse of miraculous moments like this. They rattle people’s hearts and give them courage. This is also the power of sports. I am grateful for the good fortune of being a witness to such a miracle.

Swimmer Rikako Ikee, who had once given up competing at the Tokyo Olympics due to leukemia, has claimed victory at the women’s 100-meter butterfly at Japan’s national championships.

Ikee, who met the required standard time for the 4x100m medley relay set by the Japan Swimming Federation, secured a spot to compete in a relay event at the Tokyo Games.

As she entered the pool arena where the finals were held, Ikee muttered, “I’m back.” And when she cried uncontrollably after confirming her first place in the race, those who congratulated her with hugs and “welcome backs” were the swimmers who lost to her.

Thinking back on her extremely slim frame when she returned to the pool in March 2020 after time spent in the hospital battling leukemia, this comeback is nothing short of a “miracle”.

During her tearful victory interview, Ikee stated, “I imagined it would be a long time before I could win. I realized that, however difficult and trying the road may be, hard work always pays off. I’m incredibly happy now.”


In everyday life, sometimes our best efforts go unrewarded. Even so, when we witness a success story of this caliber, it gives us the willpower to believe in ourselves once again.

The courage that it gives to patients and families battling the same disease must be especially significant. Not only is there hope for a full recovery of leukemia, once considered incurable, but Ikee has taught us that it is possible for a patient to make a comeback as a top athlete.

I am reminded of Ikee’s words. Last July, during an event held at the National Stadium a year before the opening ceremony of the Tokyo Olympics, Ikee delivered a message as she held a lantern containing the Olympic flame.

“The power of hope is necessary when we are pulling through adversity. This is for the athletes around the world, and all those who are inspired by them. A year on from today, in this exact same place, I hope the flame of hope will burn brightly,” she said.

Ikee never gave up. Through her own efforts, she clinched a berth at the Tokyo Olympics. Whatever it takes, I want her to be able to swim in the actual Olympic pool.

We must also not give up so easily on the Tokyo Olympics. COVID-19 is a tough opponent, but holding the Games on the premise of containing the spread of the virus is synonymous with fighting to reclaim our society. The Olympic Games will surely show us a string of new stories in sports.