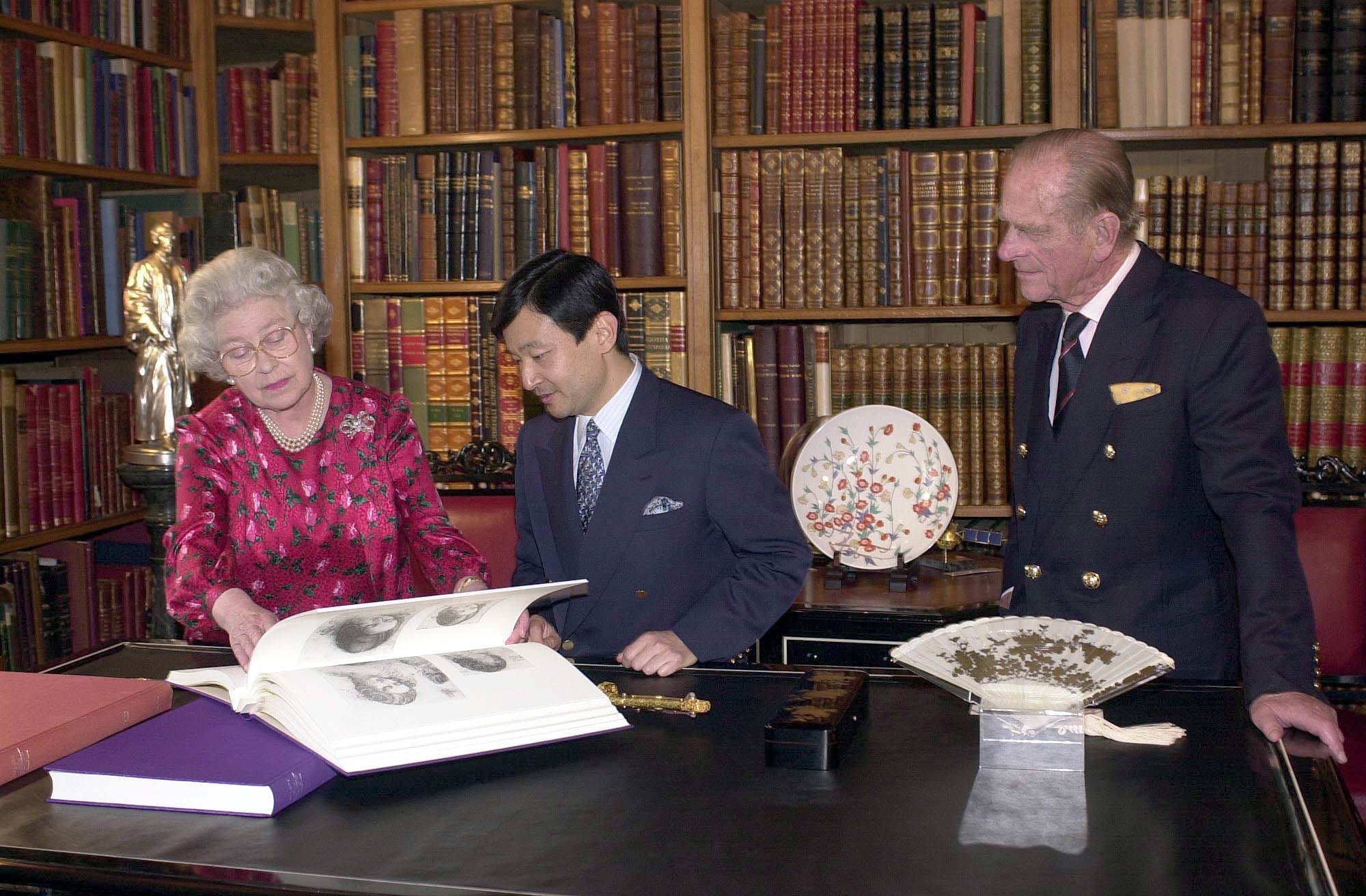 As a British journalist, with an interest in my country’s past, I paid close attention when I heard that the navies of Japan and Germany will conduct joint military exercises, starting later this year.

My mind thought back to the middle of the last century, when the Axis powers were at war with Britain and German U-Boats torpedoed civilian ships carrying food to the shores of the United Kingdom.

At that time, the Imperial Japanese Navy was fighting Britain and its allies in the Pacific. Although it was long ago, the period was vividly recalled by the British media this week, during television programs paying tribute to the Queen’s husband, the Duke of Edinburgh, who has died at the age of 99.

The Duke saw active service as a Royal Navy officer in the Pacific in WWII. After he died, the Royal Family sent out a Tweet to remind people that: “His Royal Highness was present in Tokyo Bay when the Japanese signed the surrender on 2 September 1945.”

He also helped rescue former prisoners of war after the country’s surrender.

According to Buckingham Palace, the Prince’s naval cap and sword will lay on his coffin, alongside the flag of his personal royal standard and a wreath of flowers, when his funeral takes place on Saturday, April 17th at Windsor Castle.

In later years, the Duke did not harbour a grudge against Japan over historical issues. He visited Japan on many occasions and welcomed Emperor Naruhito, then the Crown Prince, to Windsor Castle in 2001, despite protests by some British war veterans.

In the postwar period, he also sought to heal divisions with Germany. He invited members of his family, many of whom were German, on trips to Windsor, to ride horses in the grounds of the castle.

The Duke prized diplomacy. Yet as a military man, he also recognized the value of deterrence. For those reasons, I think he would have understood the robust positions of the Japanese Foreign Minister, Toshimitsu Motegi, and Defense Minister, Nobuo Kishi, who held a “2+2” ministerial conference with their German counterparts on video, on April 13.

The main topic of that meeting was China, especially China’s maritime expansion. The ministers said the meeting underscored “the close, trust-based relations between Germany and Japan” as they seek to bolster security ties between two democratic nations.

The German Foreign Minister, Heiko Maas, explained to reporters why his country has decided to step up its engagement in the Indo-Pacific region.

“If we do not become more active, others will write the rulebook of the future – not only in economic, but also in political and security policy terms. We want to prevent both hegemony and the formation of blocs; instead, we advocate for a rules-based, transparent and inclusive order in the Indo-Pacific region,” said Mr Maas.

He continued: “Our cooperation with Japan plays an important role in this regard, because Japan is a key partner of Germany, based on shared values, to promote multilateralism, the rule of law and human rights.”

I approached one of Germany’s leading international relations experts, Professor Hanns W. Maull, for his perspective. He has a deep knowledge of Asia and is a Senior Associate Fellow at the Merics think tank in Berlin.

When I asked him why Germany is about to send a warship to cross the South China Sea for the first time since 2002, he told me, “It would be quite a legitimate question to ask why Germany is only now sending a frigate to the region.”

“The United Kingdom has done it. France has done it. In fact, Germany did think of sending a ship last year, but that effort was undermined by the Corona pandemic. So Germany is a latecomer to this business of running ships through the South China Sea as part of a message to uphold the freedom of navigation,” said Professor Maull.

Since the 1980s, Germany has often been regarded as China’s closest European partner. Much of its economic strength has come from trade with China. But over the past two years there has been a significant shift in attitudes towards China in Germany, just as there has been in many other democratic countries.

Tensions were heightened by a clash over a human rights issue this spring. Germany and the European Union sanctioned China over its treatment of the Uighers in the Xinjiang region. China responded with counter sanctions against several politicians and campaigners, including several German individuals.

Professor Maull believes that China’s counter sanctions provoked many Germans to take a more skeptical attitude towards China, although he notes that there is a range of political opinion on the issue.

He says that while Chancellor Angela Merkel generally took a cooperative line with China, the Ministry of Defense and the Ministry of Foreign Affairs tended to be more hawkish.

He also says that there are diverse views on China among the politicians who make up the two conservative parties in Germany’s governing coalition: the Social Democrats and the Christian Democrats.

“The Social Democrats are traditionally very opposed to any form of military involvement in German foreign policy, so they have been skeptical about sending a frigate to the South China Sea,” explained Professor Maull.

In December 2020, the EU and China agreed to the Comprehensive Agreement on Investment (CAI), but only on a provisional basis. Ratification will depend on cross-European support and this looks increasingly unlikely, given the changing tone on China within the EU.

“I doubt this agreement will be finalized and come into existence,” Professor Maull told me. “I would even venture to guess that the Chinese leadership was aware that the deal might become collateral damage of the sanctions imposed on the Europeans. It was willing to accept that cost.”

So where does this leave Japan?

“No, certainly not automatically,” Professor Maull told me, explaining that Germany has quite distinct political and commercial relationships with Japan and China.

“Obviously, China is a much more important economic partner for Germany and if you look at Germany’s foreign direct investment, China’s level surpasses Japan’s by several times. Nevertheless, as a result of the growing concerns in Germany about China, the government has decided to deepen cooperation with Japan.”

Professor Maull believes that Germany and Japan find themselves in the same fundamental dilemma.

“They are both tremendously dependent on the economic exchanges with China – which is their number one economic partner – at a time when they are both becoming increasingly concerned about the assertive aspects of Chinese foreign policy. So there is a desire to contain, reign in and stem that assertiveness. It is that desire that unites Japan and Germany,” he says.

Professor Hanns W. Maull is Senior Policy Fellow for China’s Global Role, Mercator Institute of China Studies (MERICS) in Berlin, and Professor of International Relations at SAIS Europe, and Senior Distinguished Fellow, Stiftung Wissenschaft und Politik (SWP) in Berlin. He  held the Chair for Foreign Policy and International Relations at the University of Trier in Germany until March 2013. Educated in Munich and London, his career has included positions at the International Institute for Strategic Studies (IISS) in London and a three-year spell as the European Secretary (now European Director) of the Trilateral Commission, among others.

He has published extensively on the foreign policies of Germany, the EU and Japan, on regional security co-operation and regional order in Europe and Asia Pacific. His primary interest at present concerns the crises and mutations of international order and China’s changing position in it.

Duncan Bartlett is the Editor of Asian Affairs and a Research Associate at the SOAS China Institute, University of London. He also manages the news portal, Japan Story and is a regular contributor to Japan Forward. Find other articles by Mr. Bartlett on his author page, here.