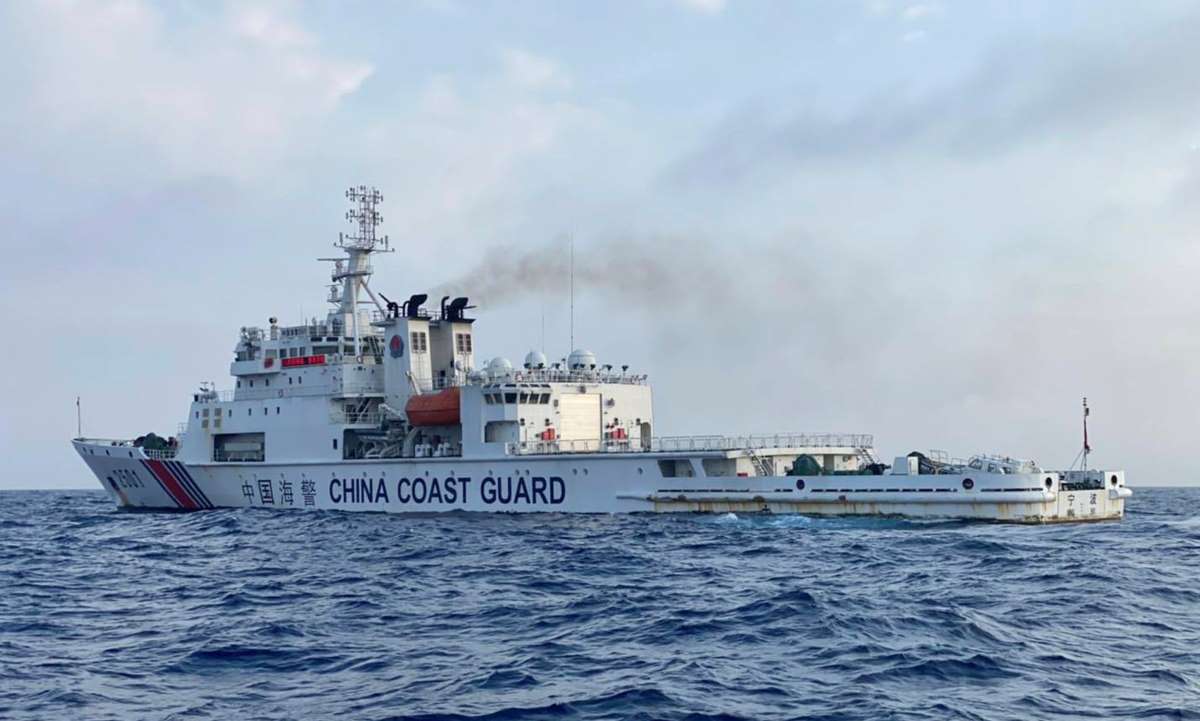 China Coast Guard vessel that tracked Japanese fishing boats in the territorial waters around the Senkaku Islands on April 10, 2022 (provided by Kazushi Kinjo.)

China and Russia are acting in collusion with one another, repeatedly menacing the skies and seas around Japan. Japan must increase its vigilance and strengthen its readiness to protect the country.

On July 4, a Chinese Navy ship and a Russian Navy frigate were seen one after another entering the contiguous zone on the open ocean side of Japan’s territorial waters around the Senkaku Islands of Ishigaki City, Okinawa Prefecture. It was the first time since June 2016 that Chinese and Russian Navy vessels had roamed the contiguous zone around the Japanese islands at the same time.

The Japanese government later conveyed its grave concerns by lodging protests with Beijing and Moscow over these matters through diplomatic channels. The joint Chinese-Russian military activities in areas under high strain, such as in the vicinity of the Senkaku Islands where a Chinese Coast Guard vessel has made repeated provocative intrusions into Japanese territorial waters, increase the tensions as well as the risk of an accidental collision.

It cannot be overlooked that China and Russia have been moving in step with each other to threaten Japan ever since Russia’s invasion of Ukraine.

In May, bombers of both Chinese and Russian air forces flew in formation over the Sea of Japan.

In June, naval vessels of both countries circumnavigated the Japanese archipelago. On that occasion, seven Russian naval ships sailed as close as 170 kilometers (91.79 nautical miles) off Cape Inubosaki, Chiba Prefecture (near Tokyo). The Russian fleet might have intended to intimidate Japan.

The Xi Jinping administration in China has failed to criticize Russia for invading Ukraine. And Beijing’s stance of leaning toward Moscow has been questioned by the international community.

On top of coordinating with the aggressor Russia, Beijing does not hesitate to use its military to threaten Japan. This is an extremely unusual situation.


Friendship with ‘No Limits’

In February, Chinese President Xi and his Russian counterpart Vladimir Putin jointly issued a statement, stating, “Friendship between the two States has no limits, there are no ‘forbidden’ areas of cooperation.”

At this point what is most needed is to inform the international community about the repeated military intimidation being carried out, along with a warning that the dangerous acts of these two countries must not be tolerated.

From July 7, a foreign ministerial meeting of the Group of 20 (G20) countries will begin on the Indonesian resort island of Bali. We would like to see Japan’s Foreign Minister Yoshimasa Hayashi take China and Russia to task head-on in the meeting.

There is furthermore an urgent need to bolster Japan’s defense capability. This is because Prime Minister Kishida has a responsibility to be prepared with concrete measures capable of deterring China and Russia, both of which are worshipers of raw power.