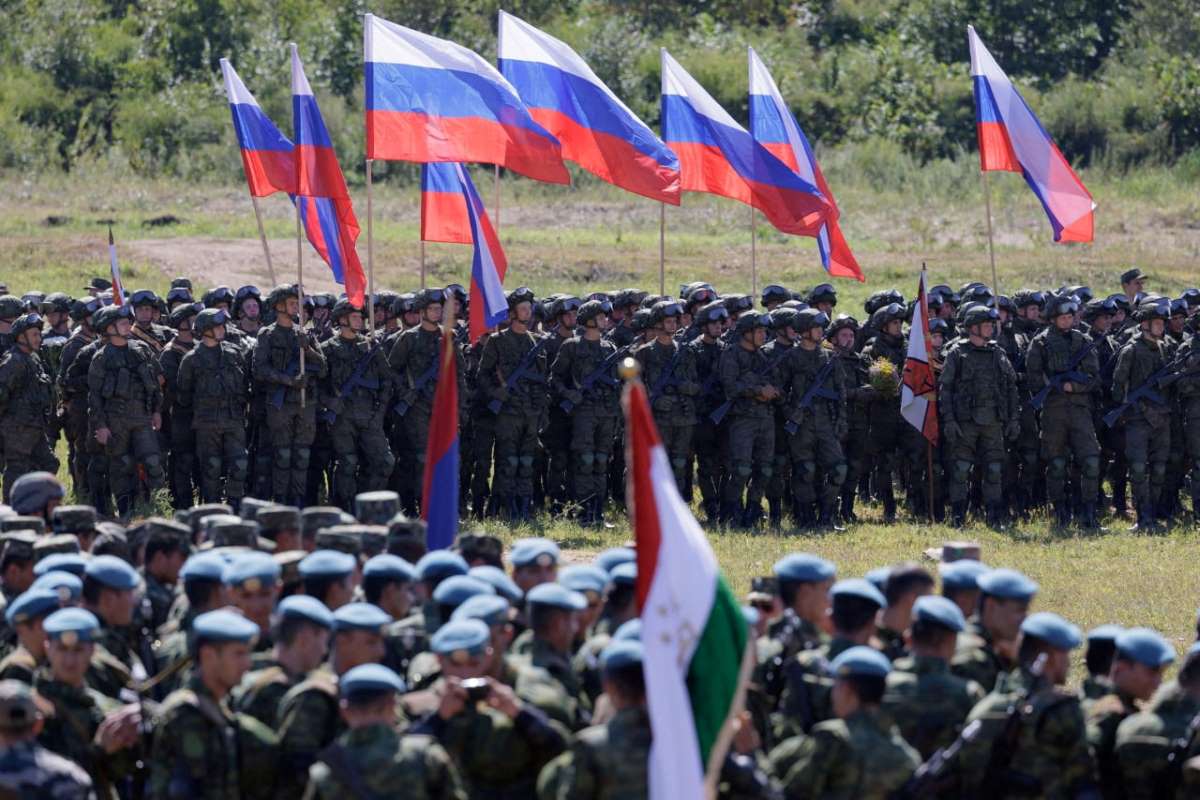 Amid its invasion of Ukraine, the Russian army has also aroused tensions with the Vostok-2022 military drills in the Far East region. The training grounds include Kunashiri and Etorofu, islands in Japan’s Northern Territories, which are illegally occupied by Russia. It’s nothing short of outrageous.

With many Far East Russian troops having been sent to invade Ukraine, the official announcement was that 50,000 soldiers participated in the military drill. That is a decrease from the 300,000 Russian soldiers that participated in the last event held four years ago in 2018. However, Moscow’s troops were joined by the largest number ever of foreign nations ever to participate, including China and India.

As for the Chinese military, all three ー land, sea, and air forces ー took part in the event for the first time.

On September 3, six Russian and Chinese warships held a drill, firing machine guns into the Sea of Japan, about 190 kilometers (118 miles) west of Cape Kamui, Hokkaido. And early dawn on September 4, the ships relocated from west of Rebun Island to the Soya Strait.

Although Chief Cabinet Secretary Hirokazu Matsuno said Japan would continue to monitor the situation with serious concern, coercion against Hokkaido through such military intimidation is absolutely unacceptable.

Following the invasion of Ukraine, one Russian political party leader made reckless public remarks, saying, “Russia has all rights to Hokkaido.” Japan must remain vigilant regarding both Hokkaido and the nearby Northern Territories.

At the end of WWII, the Soviet Union one-sidedly breached the Soviet-Japanese Neutrality Pact and launched an attack against Japan, its armed forces eventually occupying the Northern Territories.

It was the Soviet Union that illegally declared war on Japan without a reason for its actions. There is no justification for having a “victory day.”

The Japanese government must firmly protest against the false anniversary and demand it be rescinded.

China and Russia are strengthening their military cooperation, visibly observed since they sent off their navies to encircle Japan in late 2021. The fact that the two nations carried out military threats on their self-declared victory day was further proof that they had joined forces within the realms of the anti-Japan “history wars” as well.

Russia even brought in India, which is a party to the Quadrennial Dialogue (Quad) along with Japan, Australia, and the United States. Because India relies on Russia for half of its primary weapons, Delhi seems to think it has no choice but to pander to the Russian military.

Also, China and Russia have the common motivation to restrain the United States military, because it is trying to deter the two countries from military outbursts.

The military drills continued until September 7. Russian President Vladimir Putin arrived in Vladivostok to observe the exercises on September 6, and gave a speech on the 7th. There are no words from the tyrant, who unilaterally invaded its independent neighbor on the west border of Russia, that can justify the Far East drills that included the Northern Territories and threatened Hokkaido.