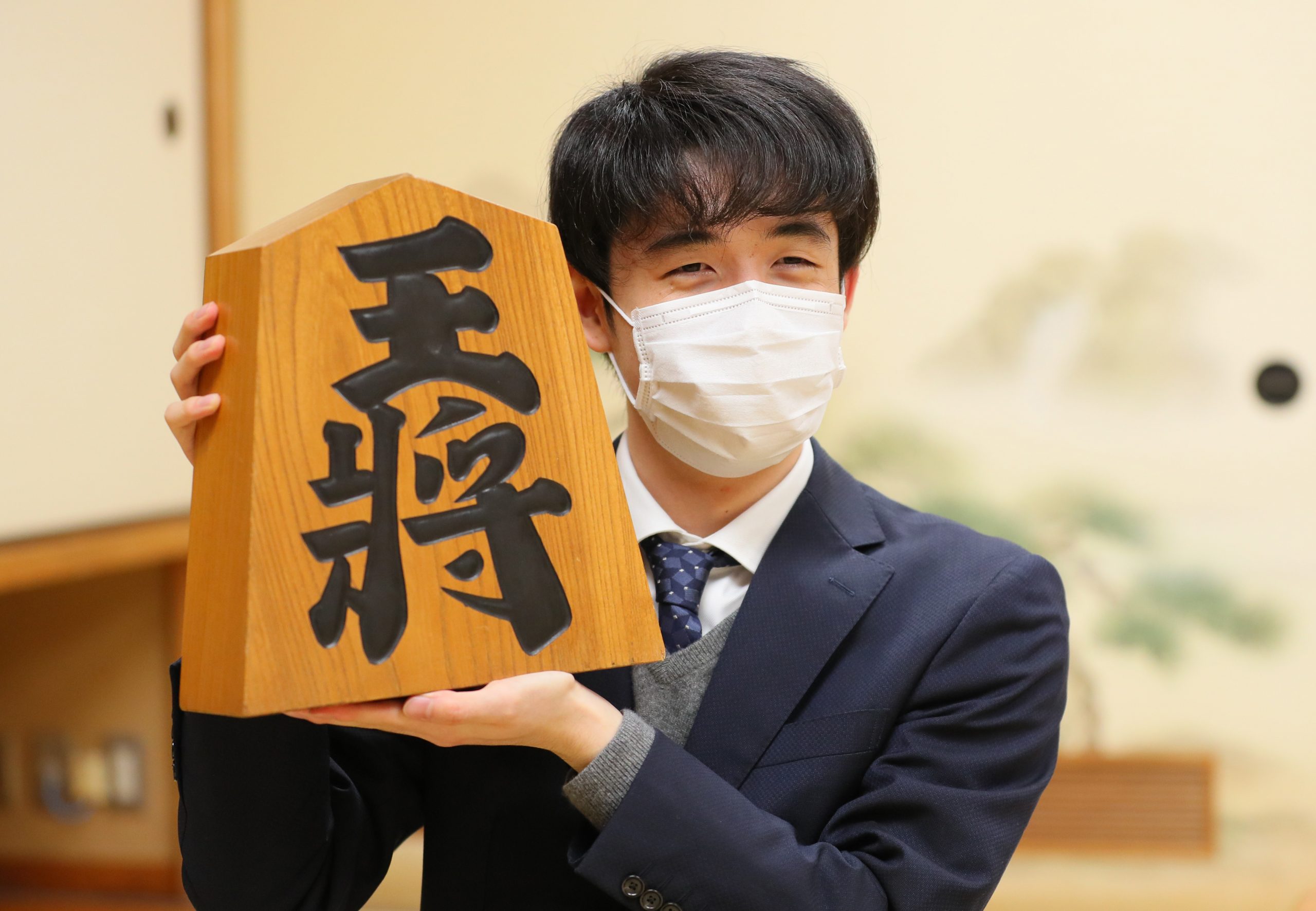 With Sota Fujii’s astounding accomplishment, we can now say that this is the beginning of the Fujii Era.

Fujii won shogi’s most prestigious Ryuo Championship on November 13, defeating the defending champion in four straight games. The victory made the teenager, at 19 years and three months old, the youngest player in history to hold four major titles, and the youngest to reach the top rank in shogi.

It seems every manner of praise has been lavished on Fujii, who, with his four crowns, has broken a series of records and become the youngest player in history to do so. What impresses people about him is his humble attitude, which has remained unchanged despite his great achievements.

When a reporter suggested that he may be unrivaled as the strongest player in his era, he responded, “My goal remains the same as before, to get stronger,” and “There are still a lot of issues with my play. I always play with the fear of losing.”

Fujii has become a social phenomenon in Japan, with even the snacks he eats during matches selling out the next day. Despite his popularity, however, there is nothing frivolous about his words or deeds. He remains humble, and completely focused on the game. Observing his dedication to mastering his art becomes a lesson for us all.

In the Ryuo match, he manufactured a reversal from a disadvantageous position, and edged out a narrow victory in a complex endgame. He has recently expanded his range of tactics and manners of victory, and appears to have grown both as a person and as a professional shogi player. His winning percentage of over 80%, despite matching up against formidable opponents, is astounding.

Only three years ago, eight separate shogi players held the eight major titles. It is a reminder of the quick rise of Fujii, who was uncrowned at that time. His success has brought popular recognition for the deep intellectual battles fought by shogi players. As one of the major title holders Takuya Nagase has said, “The current shogi players should be grateful to Mr. Fujii.”

Unrivaled dominance by Fujii, however, is not a favorable situation in the world of shogi. Fujii is also in the lead in the Osho title challengers’ league stage and has his eyes on claiming his fifth major shogi title within the year. This should inspire other players, including Akira Watanabe, the Meijin title holder, and Takuya Nagase, the Oza title holder, to become even stronger.

Yoshiharu Habu, who won seven crowns 25 years ago, had many strong rivals that became known as the “Habu Generation.” His famous matches against these rivals raised the level and popularity of the game. The same holds true for Fujii, and the presence of strong rivals to challenge him is crucial to further revitalize the world of shogi.

Watching Fujii pursue the “eight crowns” of shogi, one cannot help hoping that other young players will rise to challenge him. The development of a “Fujii Generation” of strong players will draw more attention to the fascinating world of shogi, Japan’s “martial arts of the brain.”