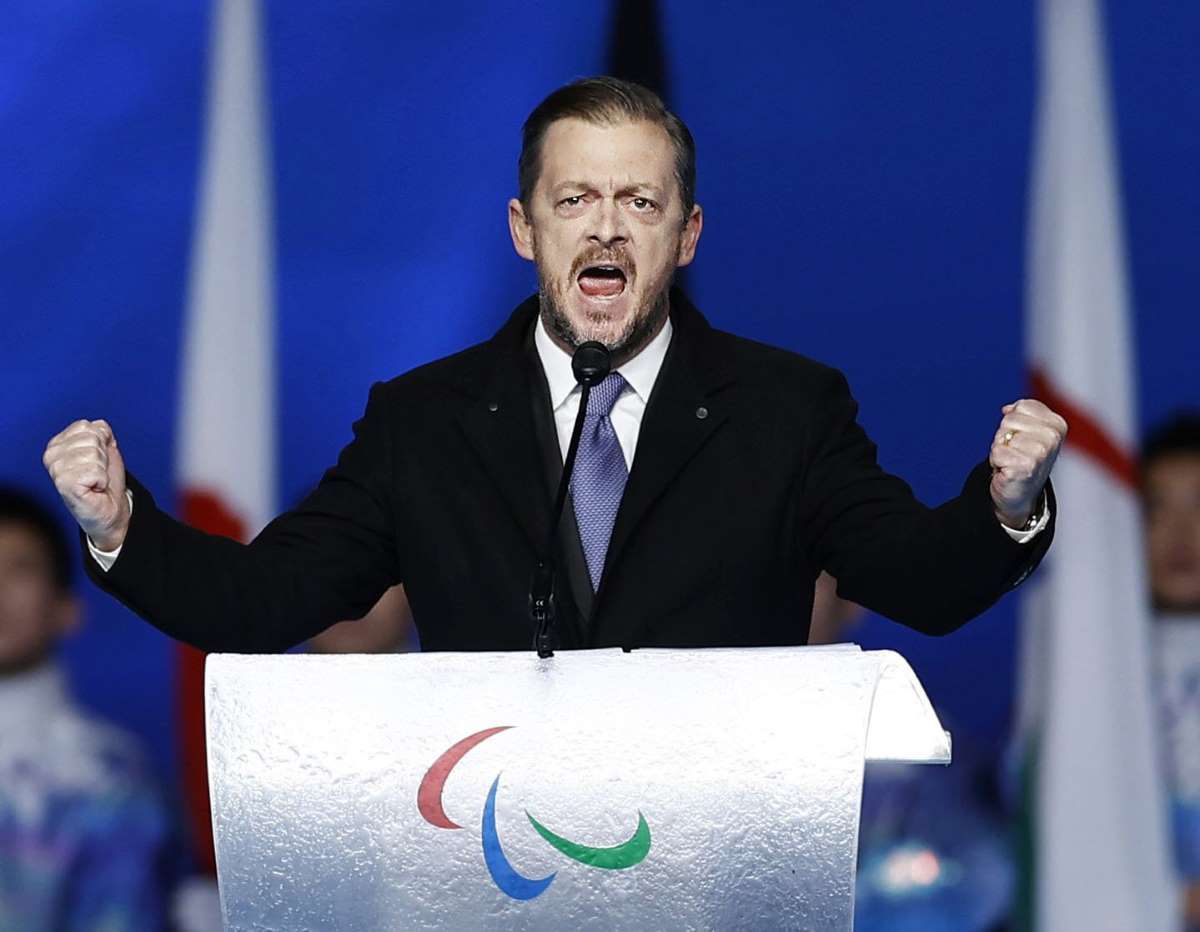 International Paralympics Committee (IPC) President Andrew Parsons delivered an impassioned speech condemning war and calling for peace during the March 4 opening ceremony of the Beijing Winter Paralympics. However, the government-owned Chinese TV stations broadcasting the speech live left out the simultaneous translation of that portion of his speech.

It is a common practice in China to cut the video and audio if something the Chinese government does not like is reported in a news broadcast. But if an appeal for peace is not to the liking of China’s rulers, their reaction must be judged utterly bizarre.

Parsons rose to speak after Cai Qi, president of the Beijing Paralympic Organizing Committee and Chinese Communist Party Secretary of Beijing, had finished his welcoming remarks. Cai emphasized that it was thanks to President Xi Jinping’s push and the leadership of the CCP that preparations for the event had progressed smoothly.

Towards the beginning of his remarks, Parson said, “The 21st century is a time for dialogue and diplomacy, not war and hate.” He also said, “The Olympic Truce for peace resolution adopted by the United Nations,” he said, “must be respected and observed, not violated.”

Although he never mentioned Russia by name, it was clear that Parsons was condemning that country for its invasion of Ukraine. The translation of this part of his speech, along with the end when he raised his arms high and shouted “Peace!” was also cut by Chinese TV.

The broadcast with translation was back, however, for the next part, when Parsons introduced Xi Jinping.

Another opening ceremony was held in Beijing on March 5, for the convening of the fifth annual session of the 13th National People’s Congress (NPC), China’s supreme legislative organ. Premier Li Keqiang praised the CCP leadership and, in his delivery of the annual government work report on behalf of the State Council, declared to the assembled delegates that the February Beijing Winter Olympics had been a rousing success.

Li also repeatedly extolled the accomplishments of Xi Jinping, who aims to be confirmed in power for the long-term when the Chinese Communist Party Congress convenes in the latter half of 2022 for an event held once every five years.

Amidst these developments, China no doubt concluded that criticism of its friend Russia, and the exclusion of Russian and Belarussian teams from the Paralympics, were deviations from Beijing’s vision of the Games, and as such were inconvenient truths.

Within China, the February Winter Olympics continue to be praised to the heavens, despite the issues of the suppression of the human rights of the Uyghur minority in Xinjiang and the doping scandal involving Russian athletes and their team officials.

On the day after the Winter Olympics closed, The People’s Daily, the official organ of the CCP, declared in an editorial that “China had shown how a mature power behaves.” It went on to claim that participating athletes had nothing but praise for the Beijing Games and their hosts, with some supposedly saying the arrangements were “absolutely impeccable.”

Nothing could be farther from the truth.

International society has taken note of how, even now, China refuses to acknowledge that Russia’s barbaric actions in Ukraine constitutes an “invasion.” And all have seen how Beijing abstained from a United Nation General Assembly resolution condemning Moscow.

The Xi Jinping regime’s shameless use of the Olympic and Paralympic Games for political purposes is unforgivable.