EDITORIAL | With Chernobyl Power Outage, Russia Can Run Away with Nuclear Fuel 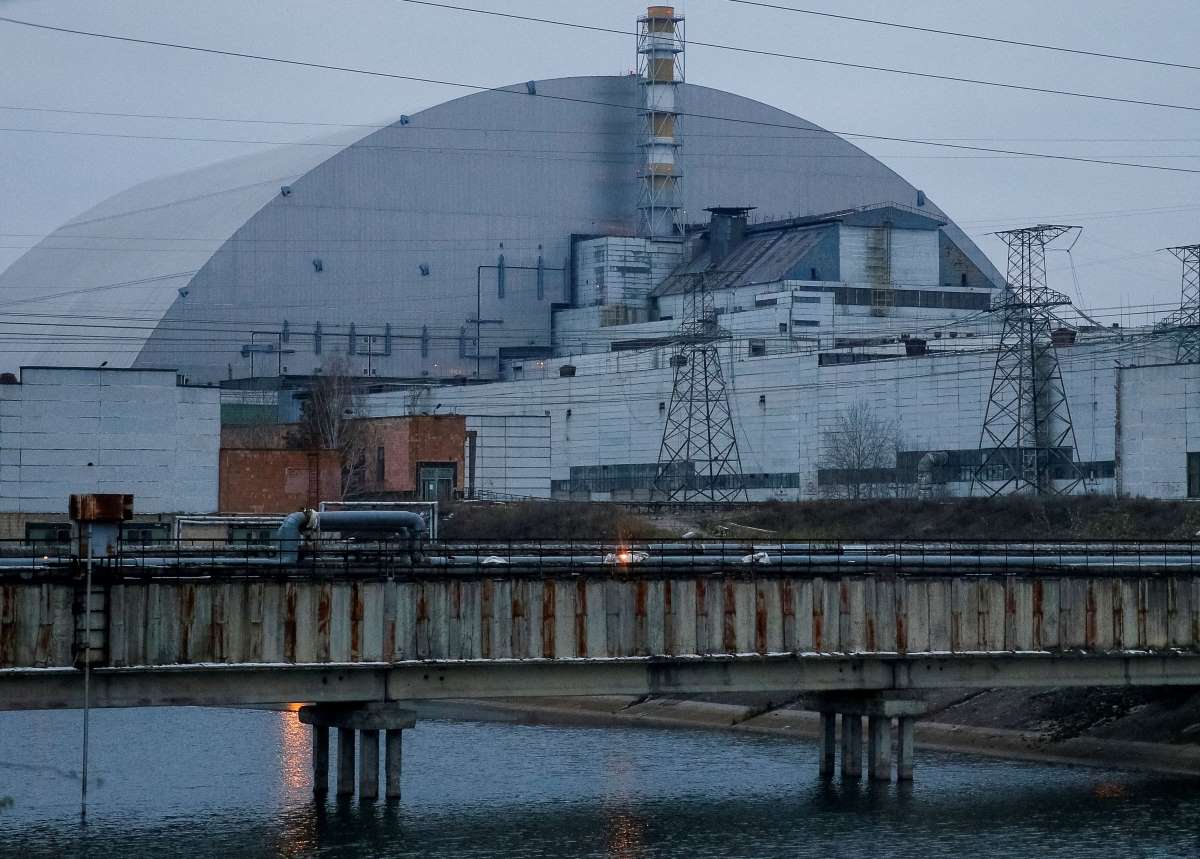 The Chernobyl nuclear power plant in northern Ukraine lapsed into a power outage on March 9 when electric power from transmission lines to the nuclear facility were cut off.

The many power plant workers managing the defunct nuclear complex, which was seized by Russian forces early in the invasion, have effectively been taken hostage. This is quite an abnormal situation.

The Russian side claims that power supplies to the plant have been restored by neighboring Belarus, a major ally of Russia. The International Atomic Energy Agency (IAEA), however, should rigorously inspect and verify the status of the nuclear power plant’s power recovery.

IAEA Director General Rafael Grossi has expressed strong concerns over the sudden disruption of offsite power as it directly relates to the essential safety of the nuclear plant while it is being decommissioned.

Some have expressed concern about possible damage to spent nuclear fuel in the plant’s storage pond. But according to IAEA chief Grossi, the danger of radioactive material being dispersed in the atmosphere is low. The volume of cooling water is sufficient for effective heat removal for the spent fuel even without electricity, he has explained.

The world’s worst nuclear disaster took place at Reactor No. 4 of the Chernobyl nuclear station in 1986, during the former Soviet era. Decommissioning of Reactor No. 4, and three other undamaged nuclear reactors on the site, was initiated from 1991 to 2000, and continues today.

Over the years since the accident, the heat from radioactive decay generated by fission products in its spent nuclear fuel has diminished significantly. The situation is therefore different from immediately after the accident at the Tokyo Electric Power Company’s Fukushima No. 1 nuclear complex in 2011.

Although the Chernobyl nuclear plant is not in imminent danger, the current state of affairs is extremely abnormal. Staff managing the nuclear power station are not permitted to leave after their shifts. The physical and mental stress must be extremely challenging. Moreover, their exhaustion adds to the safety of the nuclear power plant during its decommissioning.

Particularly worrisome in this connection is the transmission of data from the Chernobyl nuclear plant to IAEA headquarters in Vienna. Cameras installed at key places transmit real-time information to the IAEA for around-the-clock monitoring of nuclear fuel management at Chernobyl.

A gap in the surveillance data occurs from problems such as a power outage. While the data transmission is disrupted, it would be possible for Russian forces to remove spent nuclear fuel containing plutonium and take it away.

It is a safe assumption that any missing nuclear fuel will be billed by the Russian military as proof of “illicit manufacturing” of nuclear weapons by Ukraine, providing another pretext for Russia’s invasion.

Similar disruptions in the transmission of data to the IAEA have taken place at the Zaporizhzhia nuclear power plant in southern Ukraine, Europe’s largest nuclear power station, which has been brought under Russian control.

If Russian President Vladimir Putin really wants to prove his innocence, he must immediately withdraw all of his troops from the two nuclear power plants.