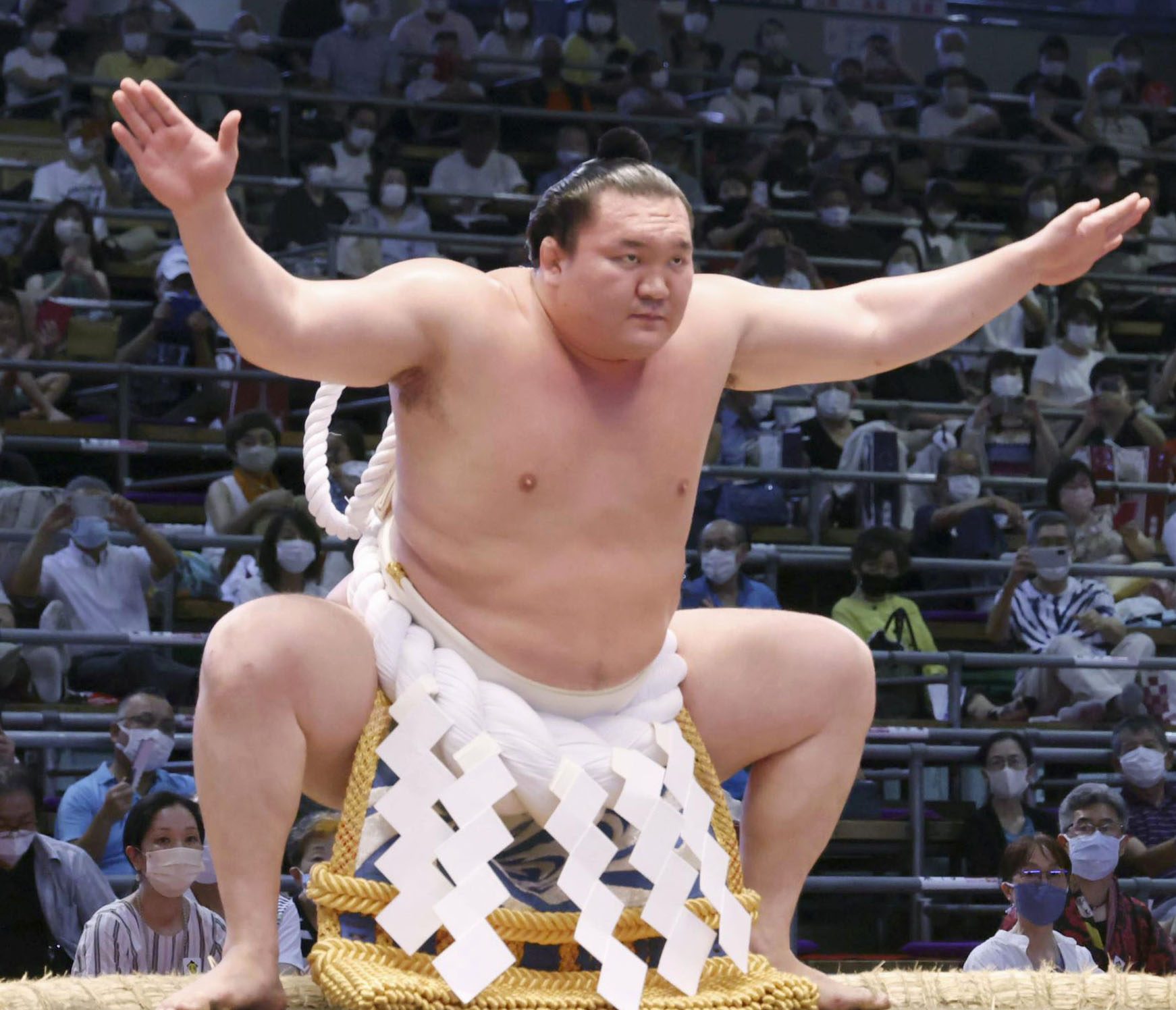 Yokozuna sumo wrestler Hakuho has decided to retire from active competition. His impressive record of 45 grand sumo tournament titles, with 84 tournaments as yokozuna, 1,187 total wins, and 1,093 makuuchi wins will probably never be broken.

A leading figure in the sumo world for many years, Hakuho’s service to the sport has been extremely significant, particularly as the sole yokozuna when the sumo world was shaken by the Great East Japan Earthquake and controversies over yaocho or match-fixing.

When Hakuho first came to Japan from Mongolia as a boy in 2000, he weighed just over 60 kilograms. Right before he was due to return home to Mongolia, he was picked up by the Miyagino stable, where he underwent rigorous training and grew to become a great yokozuna.

Soon after, when scandals had the sumo world on the brink of crisis, he told a reporter of the Sankei Shimbun, “I have a strong feeling that when sumo comes to an end, it will also be the end of this country.”

His younger Mongolian rivals, yokozuna Harumafuji and Kakuryu, left the ring before him. And Kisenosato, who was expected to become a worthy opponent, retired after only two tournaments as a yokozuna. It is easy to imagine that Hakuho may have been a bit lonely as a yokozuna.

In the later years of his career, Hakuho faced criticism for his kachiage elbow strikes, aggressive slapping techniques, and post-victory extra shoves. These and other behavior, like calling on audiences to yell “banzai” or clap their hands during his victory speeches, were censured as unbecoming for a yokozuna.

In recent years, Hakuho has been conspicuously absent from many tournaments due to a series of injuries. But even after missing all or part of six consecutive tournaments, he made a comeback and won the Nagoya Grand Sumo Tournament ー undefeated ー in July, which ended up being his last tournament.

The yokozuna legend and other members of Miyagino stable were sidelined for the Autumn Basho due to COVID-19 cases among their stablemates.

Hakuho made his decision to retire after watching the recent Autumn Basho, which was  won by new yokozuna Terunofuji, whom Hakuho had defeated at the July tournament in a winner-take-all finale.

Yet, Terunofuji is already a 29-year-old veteran. In this recent tournament, the ozeki ranks were not even in contention for the championship, and none of the wrestlers in the top three ranks recorded double-digit win totals.

There is a lack of promising young wrestlers to carry the sport into the future, and this has put the sumo world in a state of crisis. The retirement of a great yokozuna has made the situation seem even more forlorn.

Hakuho became a Japanese citizen in 2019 and is eligible to remain with the Japan Sumo Association as a stablemaster after his retirement. Unlike his active days as a yokozuna, when he was a constant obstacle to young up-and-coming wrestlers, we hope that he goes on to nurture the younger generation.

The problems faced by the sumo world cannot be solved by Hakuho alone. The association and all of the stablemasters must share the same sense of crisis and work to revitalize the sumo world.

We hope they will remember the words of young Hakuho: “When sumo comes to an end, it will also be the end of this country.”