Ekai Kawaguchi’s 1900 Tibet Diary: From the Frontier Into the Interior 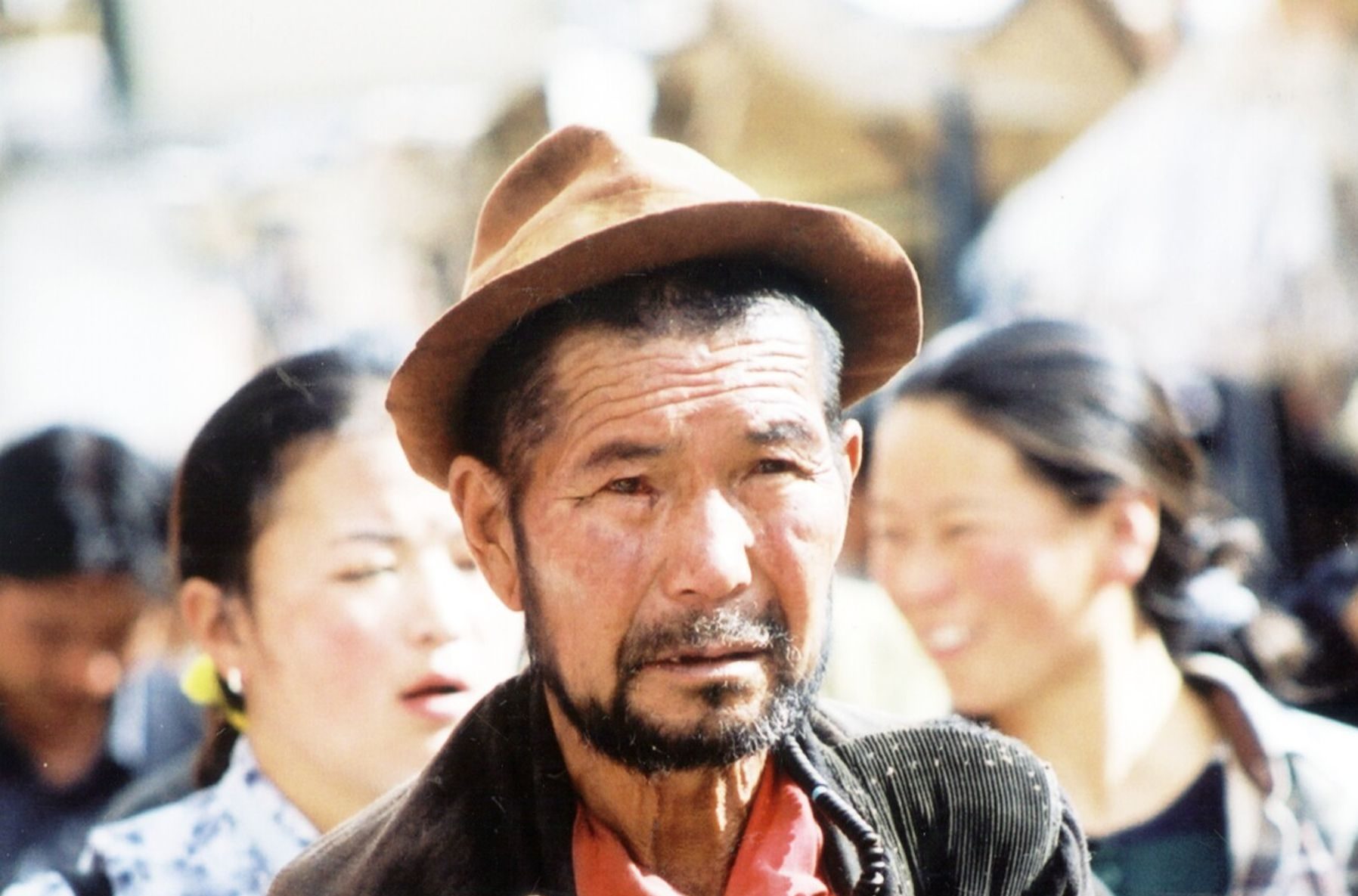 After stepping onto Tibetan soil at the frontier on July 4, 1900, Ekai Kawaguchi — the first Japanese Buddhist monk to find success in reaching Tibet — proceeded towards the interiors of Tibet. Kawaguchi reached the upper course of the Brahmaputra, the greatest of Tibetan rivers, on August 6, 1900.

The view before his eyes was mesmerizing, as he described it — the exquisitely grand and scenic Lake Mānsarovar.

Poetry and Legends of Mount Kailasa and Lake Mānsarovar

The lake lay in the shape of a huge octagon with marvelously symmetrical indentations. With its clear placid waters and the mighty Mount Kailasa guarding its northwestern corner, it formed a picture that was simultaneously unique and sublime amid its calm and pristine surroundings.

The majestic mountain peak, Mount Kailasa, towered over the peaks around. In his memoir titled Three Years in Tibet published in 1909 by the Theosophist Office of Vasanta Press (Adyar, aka Madras, British India), Kawaguchi describes Mount Kailasa as an image of Lord Buddha addressing his 500 disciples.

Lake Mānsarovar is generally recognized as the highest body of freshwater in the world, with an elevation of over 15,500 feet above sea level. In Tibetan it is referred to as Mapham Yum-tso. It is the Anavatapta of Samskrt (the lake without heat or trouble) at the center of the Buddhist legends.

It is this Anavatapta which forms the subject of the famous poetic passage in the Gospel of Kegon (named in Japanese) and in Samskrt known as the Ārya-Buddha-Avatan-saka-nāma Mahāvaipulya-Sūtrā. The passage gives the name of South Zenbu to a certain continent of the world. Zenbu is a deflection of jamb, a phonetic translation of the sound produced when anything weighty falls into placid water.

In India, the river that flows from the Lake in an easterly direction is known as the Brahmaputra, while the one that moves from the north towards the south is the Ganga. The Sutlej flows away to the west, and the Sitā (Indus) towards the north.

Kawaguchi compared the actual surveys of Lake Mānsarovar made by European travelers to his own personal experience and concluded that the maps he saw representing Mānsarovar were far smaller than it actually was. He depicts it as a very large body of freshwater, with a circumference of some 80 ri (about 200 miles).

The shape of the lake depicted in the western maps also was misleading, according to Kawaguchi. He described it as a fairly regular octagon with various indentations resembling a lotus-flower in shape.

Tradition is to the Tibetans a heavenly dictate — controlling all social arrangements.

This was visible as Tibet, during Kawaguchi’s time, was trapped in the barter era, with very little money being used for trade. People from the interior would bring butter, marsh-salt, wool, sheep, goats, and yaks’ tails, which they exchanged for corn, cotton, sugar, and cloth imported from India by the Nepalese and Tibetans living in the snowy regions of the Indian frontier. At times, especially while selling wool and butter, they would take Indian currency.

Perhaps the greatest problem for the Tibetans, according to Kawaguchi, was being ignorant and incapable of doing arithmetic and calculations. Moreover, they did not possess abacus to count with, and instead resorted to the beads of a rosary. For instance, in order to add five and two, they first counted five and then two beads on the string, and then count the whole number — thus making sure that the total number was seven. In the long course of his journey into the interiors, Kawaguchi witnessed this at many places and termed it to being a “very tedious process.”

Unsurprisingly, because of the above, business transactions were rather slow. When it came to larger deals involving several kinds of goods and varying prices, it was almost distractingly complicated.

For such calculations, the locals took the aid of black pebbles, white pebbles, bamboo sticks, and white shells. Each white pebble represented a unit of one. When they counted 10 of these, it would be substituted with a black pebble, which meant 10. Ten black pebbles were equivalent to one bamboo stick. Ten bamboo sticks became one shell. And, 10 shells became a Tibetan silver coin. Kawaguchi stated that there was no multiplication or division.

Having stayed on the banks of the river for three days, Kawaguchi watched traders doing their business with the painful and tedious process of transactions. In comparison, he bragged that Japanese would take just 30 minutes to do what a Tibetan took three days to calculate!

Besides, in Tibet, as in other countries, taxes were assessed on cultivated fields. However, mathematics not being a strong point among the average Tibetan, as elaborated by Kawaguchi earlier, a rather primitive method was adopted for land measurements that formed the basis of assessment.

The method consisted of setting two yaks drawing a plough to work upon a given area. The assessment was made according to the time taken during the tillage. In other words, the different plots of cultivated lands were classified as lands of half a day’s tillage, or a full day’s tillage, and assessed accordingly.

By November 22, 1900, Kawaguchi had arrived on the northern bank of the Brahmaputra. The river at this spot was about 200 yards wide and not as quiet in comparison to earlier stretches. Landing on the opposite bank of the river, Kawaguchi found himself at the outskirts of Lharche — the third city of importance in Tibet at that time.

Kawaguchi claimed that, upon reaching Lharche, he had reached far into the interior of the forbidden country, as Tibet was known during that period. From Lharche, it would take around five days of journey to Shigatze — Tibet’s second significant city.

Looking southward, Kawaguchi was able to see a caravan serai erected by the Chinese that served the double purpose of accommodating the migrant Chinese traders and native soldiers on march.

Of all the districts in Tibet, Lharche supplied barley, wheat, beans, and butter at the lowest possible prices, which testified to its important position in the country with regards to agricultural products.

Proceeding along the river for some 18 miles, Kawaguchi stood before the imposing Buddhist monastery of Sakya. Surrounded by high stone walls of about 220 square yards, 20 feet high and six feet thick, the structures of stone were painted white. The main edifice alone measured 60 feet in height, 200 feet from east to west, and 240 feet from south to north. Over the bow-shaped walls rose a dark-colored castle crowned with Saisho-doban (the victorious Standard of Buddhism), and rodai (the disc for the dew of nectar) in dazzling gold.

On the fifth of December, he moved along in a southeasterly direction until he arrived upon the sight of a gold-colored roof of a palatial building, with many white-painted dormitories for priests close by. The town before him was none other than Shigatze, the second capital of Tibet.

The palatial building described above was the Tashi Lhunpo Temple — meaning, “a glorious mass” or “Mount Sumeru,” the legendary mountain alluded to in Buddhist Scriptures. The monastery owes its name to its founder, Gendun Tub, who thought that the mountain at the rear of the temple resembled Sumeru.

The secular part of Shigatze lay beyond the temple and consisted of some 3,500 dwellings. The number of the inhabitants as stated by the natives was over 30,000. However, Kawaguchi placed his doubts on the calculations that arrived on this figure, given that the “science of statistics was utterly unknown in Tibet,” according to him.

The Second Grand Lama of Tibet

The Lama Superior of this temple was regarded as the Second Grand Lama of Tibet. He did not possess any political influence, yet he was regarded as superior, at times even to the Dalai Lama himself, owing to the rank that was bestowed by the Chinese emperor.

Significantly, at times a kind of regency under this “Second Grand Lama” took place during the interval between the Dalai Lama’s death and the enthronement of what in Tibet was believed to be his reincarnated self. The Second Grand Lama, commonly called Panchen Rinpoche, held the real title of Kyab-kon Chen-bo, meaning “Great Protector.” His name was Lobsang Choe-ki Nima — the “noble-minded religious sun.” Locals told Kawaguchi that Panchen Rinpoche was 18 years old, and apparently was born in the year of the “sheep.”

After staying at the temple for several days, Kawaguchi was contemplating leaving the town when he was informed that the Second Grand Lama was expected home in a procession. Due to the absence of roads in Tibet, the procession passed through the more beaten parts of the country, which served as roads.

The Grand Lama was borne in a palanquin decorated with gold brocade and gorgeous kinds of silk, accompanied by about 300 mounted attendants who, instead of being armed, carried Buddhist utensils. A native band that used wind instruments and drums heralded the procession. Kawaguchi thanked his good fortune for being able to witness this grand spectacle.

The Great Bridge and Beyond

Leaving the temple on the morning of December 15th, Kawaguchi proceeded about two miles across the city of Shigatze to reach the Tsanchu River.

The great bridge erected over the river was called Samba Shar, meaning eastern bridge. The bridge measured about 360 yards in length and eight yards in breadth.

Kawaguchi makes a comparison of the bridge with those in Japan, saying that, unlike bridges in Japan, it consisted of slabs of stones covered with earth, which are placed upon rows of long wooden boards spanning stone structures erected in the water at equal distances of about 10 yards. The bridge had parapets made of stone.

Passing over the bridge, he proceeded a few more miles to the north, until he found himself on the bank of the Brahmaputra again.

Finally, on the last day of 1900, December 31, Kawaguchi reminisced in his diary, thanking Lord Buddha for his grace that saved him through so many calamities and afflictions during the year and for his travels to and inside Tibet. He also records it as the last day of the 33rd year of Meiji, according to the Japanese mode of reckoning (A.D. 1900).

Not knowing what adversities were yet in store for him, Kawaguchi remained determined for the cause of Buddhism, and decided to proceed towards the most important and vital leg of his journey and life — reaching Tibet’s capital city, Lhasa.