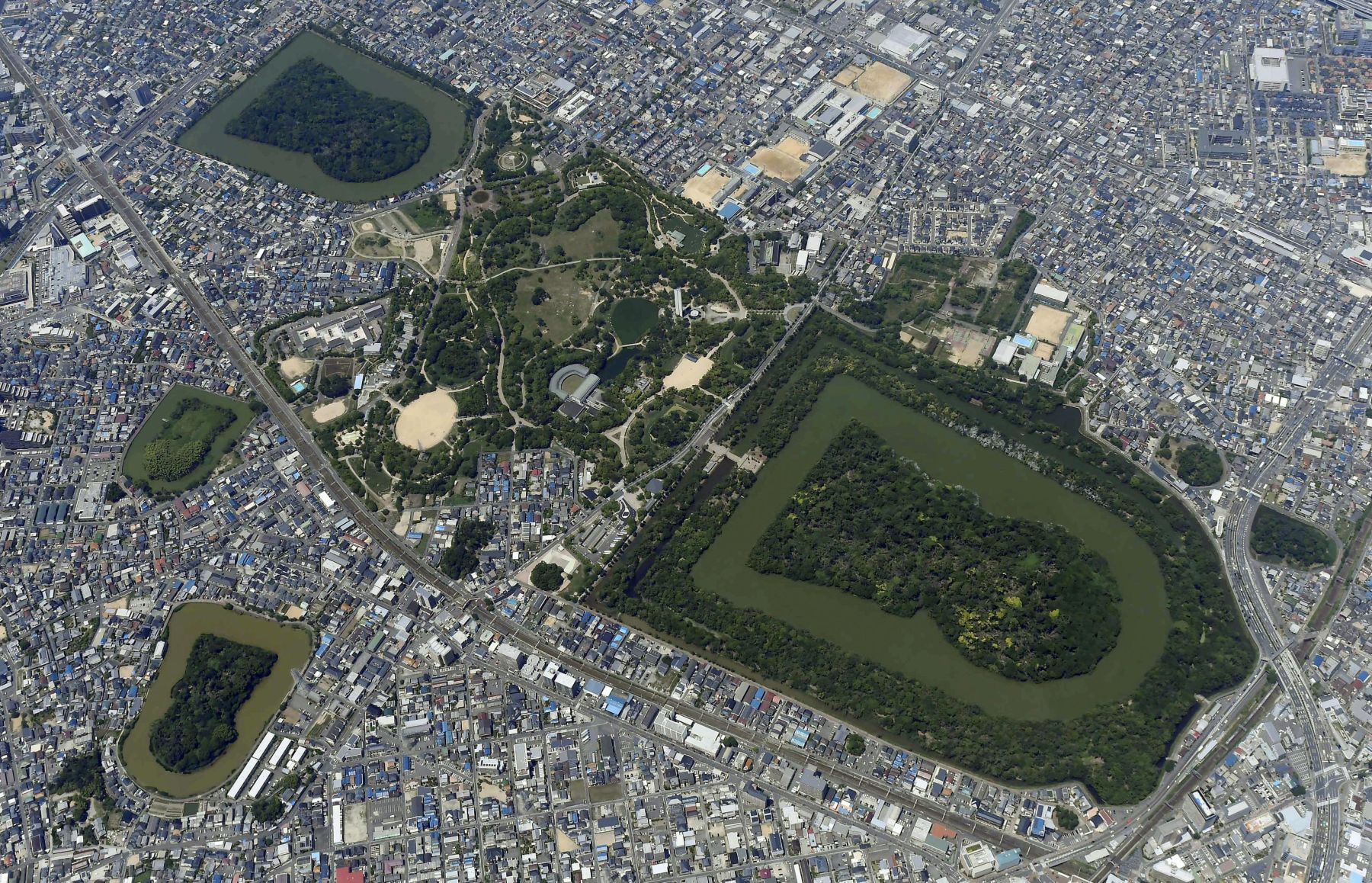 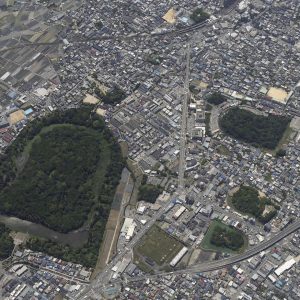 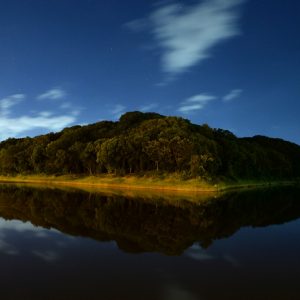 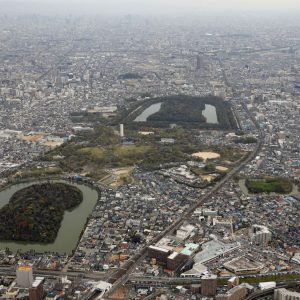 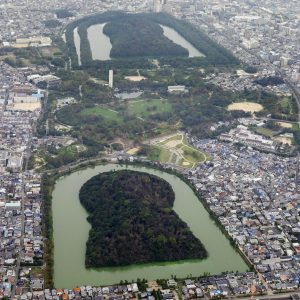 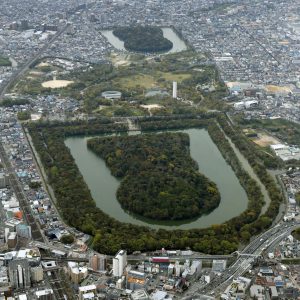 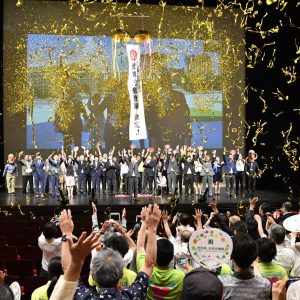 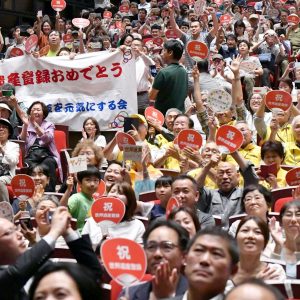 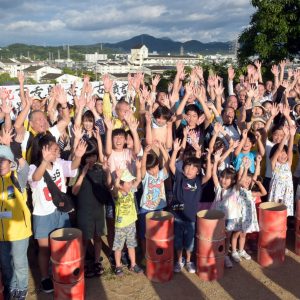 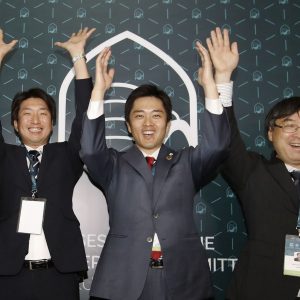 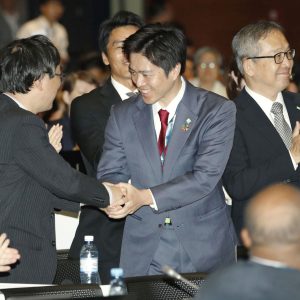 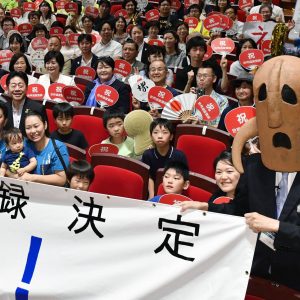 The World Heritage Committee of UNESCO on July 6 named as World Heritage sites a collection of 49 tumulus sites in Osaka Prefecture dating back to the dawn of Japanese civilization.

The sites are grouped into two clusters about 10 kilometers apart and collectively referred to as the Mozu-Furuichi kofun. They include the mammoth, key-shaped Daisen Kofun, which is believed to be the tomb of Emperor Nintoku who is said to have reigned in the 4th century.

It also marks the seventh year in a row in which Japanese candidate sites have been added to the list. Twelve sites associated with the “hidden Christians” in Nagasaki and Kumamoto prefectures, including Shimabara-Amakusa, were added in 2018.

Background of the Mozu-Furuichi Sites

The Mozu-Furuichi tumulus clusters are believed to date from the mid-4th to the mid-5th centuries. They include the 486-meter-long Daisen Kofun, the largest burial mound in Japan.

Along with the 425-meter-long tumulus for Emperor Ojin, Emperor Nintoku’s immediate predecessor, the mounds are considered prime examples of large keyhole-shaped burial mounds that are square in the front and rounded in the rear.

The Imperial Household Agency, which is responsible for tombs of imperial family members, administers the Daisen Kofun since it is considered to be the tomb of Emperor Nintoku. This is the first instance in which a ryobo (imperial mausoleum) for which the agency has responsibility has made the World Heritage list.

The tumuli were often constructed on sites that overlook Osaka Bay. During the period when the burial mounds were built, the bay was a focal point for contacts by sea with the Asian mainland.

Smaller tomb mounds measuring dozens of meters in length come in a variety of shapes, including round, rectangular, and scallop-shaped.  They were meant to reflect the social status and power of those buried within.

Factors in the World Heritage Designation

In recommending their inscription as World Heritage sites in May, the International Council on Monuments and Sites (ICOMOS), a UNESCO advisory group, concluded the tomb clusters “demonstrate in an outstanding way the burial traditions and socio-political structures of the Kofun period (3rd to 6th centuries).”

At the same time, ICOMOS expressed concern about urban development encroaching on the sites. It advised that stringent conservation measures should be implemented in areas where residential housing is in close proximity to these historical sites. Establishing a viable system for handling visitors to the sites is another concern.

Japan has nominated the islands of Amami Oshima, Tokunoshima, and Iriomote, as well as the northernmost part of Okinawa island (yanbaru) as candidates to be designated as natural heritage sites at the UNESCO committee hearing in 2020.

During the consideration of the Mozu-Furuichi at the committee meeting in the Azerbaijani capital of Baku on July 6, there was general praise from the representatives of the 21 countries participating for the cultural and historical significance of the proposal.

According to Japan’s Cultural Affairs Agency, Australia, Kuwait, and four other countries made statements highly evaluating the social value of the tumulus remains. They noted that it is rare to find anywhere in the world where cultural remains of the size and diversity of the Osaka kofun are preserved in a way that can provide insights into the social and political structures in ancient times.

One speaker from Tunisia marveled that even after 1,600 years and despite their location in a highly urbanized area, they have been accorded a high level of legal protection and enjoy superb administrative conservation.

The contribution of local citizens in the area was also pointed out. A Spanish participant lauded citizen movements for keeping the pressure for development in check, and the fact that local society has made the kofun cultural assets their own.

There were no opinions opposing the listing of the burial mounds as World Heritage sites or calling for revisions to the nomination. A Cultural Affairs Agency official commented that it was thanks to the efforts of everyone involved that the world recognized that the kofun have universal value.

Among the Mozu-Furuichi tumulus clusters, there are 29 tombs administered by the Imperial Household Agency because they are considered to be the last resting places of members of the imperial family. They include the huge Daisen Kofun, believed to be the tomb of Emperor Nintoku, which rivals in size the tomb of the First Emperor of China (Qin Shihuang) and the Great Pyramid at Giza.

Although the number of visitors to these newly designated World Heritage sites is expected to grow, the Imperial Household Agency emphasizes that visitors will not be allowed to interfere with rituals carried out there by the imperial family and that they will remain “places of prayer.”

The agency also vows to maintain its policy of not allowing entry into or archaeological excavations of tombs believed to belong to deceased emperors, while redoubling preservation efforts.

The position of the agency is that these are tombs of the ancestors of the present members of the imperial family and therefore are their responsibility.

One reason these tomb sites were spared from being absorbed by postwar housing development is that the Imperial Household Agency administered them as sacred loci where imperial family rites were carried out.

Being sacred precincts, anyone is free to worship at these tombs.

The Imperial Household Agency has been positive towards the idea of having them listed as World Heritage sites at this moment in history when a new emperor has just assumed the throne, since it believes that will raise interest in the history of Japan’s Imperial House.

But at the same time, officials in charge of the tombs point out that annual prayers on the day the deceased passed away are still being conducted at the sites on behalf of the imperial family. It therefore is committed to maintaining a quiet environment and proper solemnity.

Arguing that allowing entry into the tombs’ interiors or opening everything up to the general public would lead to the destruction of the tomb mounds, agency officials have made it clear that they will continue to bar such entry.

However, some observers believe that “cooperation with local governments is indispensable” for the Imperial Household Agency to preserve and effectively manage the Imperial graves.

In the fall of 2018, joint fieldwork on the moat embankments surrounding the Daisen Kofun was carried out by the agency and the City of Sakai, where the tomb is located. The agency says that it intends to cooperate with academic surveys around other tombs it controls “within feasible limits.”

Takayuki Sakai, head of the Archives and Mausolea Department of the Imperial Household Agency, says they are happy with the World Heritage site designation.

He adds, “As long as the tranquility and dignity of the tombs are not compromised, we would like to provide whatever cooperation is necessary for the preservation of World Heritage assets, including imperial tombs.”

(Additional articles on Japan’s World Heritage sites can be found at this link.)