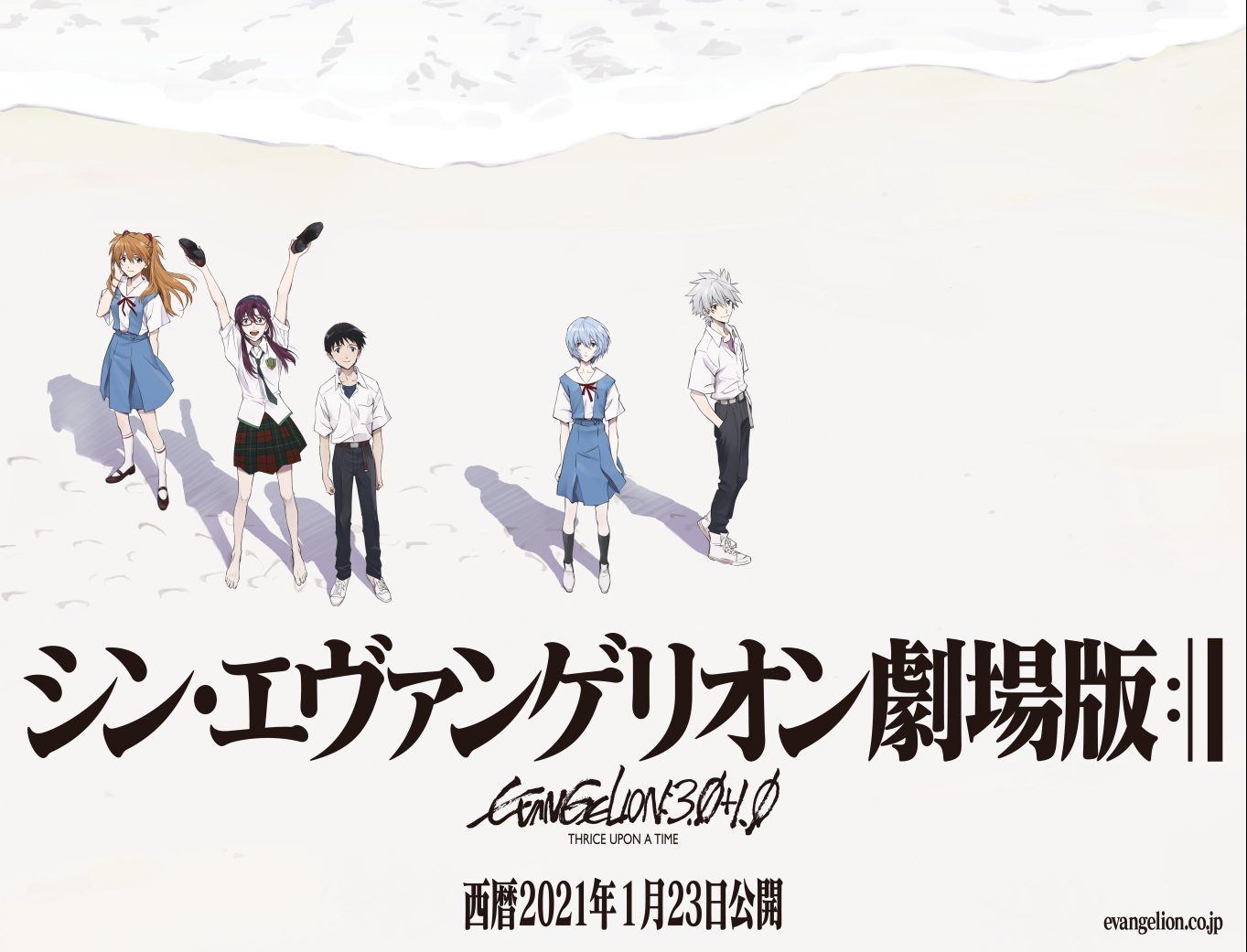 On January 14, Khara, Inc., the production company for the immensely popular anime series Evangelion, announced that the new film release EVANGELION: 3.0+1.0 THRICE UPON A TIME, which was set for January 23, has been delayed due to the ongoing COVID-19 emergency in Japan.

RELATED READ: With New Evangelion Movie, So Many Ways the Legend Comes Alive

The new movie is the fourth film in the series. The previous three films had been released for revivals between 2007 and 2012 at the time of writing:

The latest film, which had been scheduled for release in January 2021, was particularly anticipated. It was based on the last episode in the anime series, which had been released with a catastrophic ending in the form of the film The End of Evangelion (1997). The surprise ending had drawn very strong negative reactions from fans.

The repeatedly postponed EVANGELION: 3.0+1.0 THRICE UPON A TIME was supposed to bring an end to the 20-year-old Evangelion saga, and the fans believed that this time they would finally be able to see a happy ending.

The film’s official homepage released the production company’s message of formal apology for this latest delay of the film’s release and called for fans to join them, saying “Let’s overcome this together.”

“We are thinking hard about a new opening date when our fans can enjoy the new film in all tranquillity. To all those that were looking forward to the new film, and are once more being made to wait, I would like to express our true apology.”

The reaction of fans to the new delay, however, was one of not excessive surprise as for example one Twitter user said: “It’s Evangelion, I’m not surprised.”

As it happens, this is not the first time an Evangelion movie has been delayed.

As far back as 1997, two Evangelion movies were supposed to be released, but due to a production delay one film was cancelled.

EVANGELION 3.0+1.0 was originally supposed to be released in 2008, making this year’s release about 13 years later than the film’s original schedule. Most recently, the film opening was delayed in spring 2020 due to the state of emergency in Japan.

While the delay did not surprise many fans, other net users expressed sadness, as one person on Twitter said almost ruefully that “this is a cruel world:”

Others seemed more stoic given the current COVID-19 situation, with one Twitter user tweeting “This isn’t anyone’s fault, it can’t be helped. I want to think about it positively, there is more time to look forward to the release!”

The new release date will be announced on SNS after the company has had an opportunity to assess their options. The website currently says only: “Release scheduled for the year 2021.”

Evangelion is a sci-fi story based in the near future which was first released as a TV animation series. Directed by Hideaki Anno, it was broadcast in Japan under the title “Neon Genesis Evangelion.” The series ran in 26 installments from October 1995 to May 1996, and became incredibly popular with people of all ages, all around the world. Just to give an example of the enduring popularity of the film, a video featuring the distinctive opening song which was released in 2018 got more than 20 million views on YouTube, with netizens commenting in different languages.