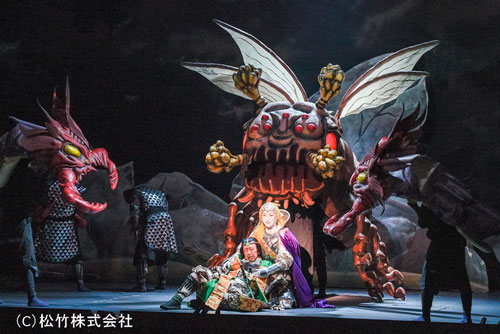 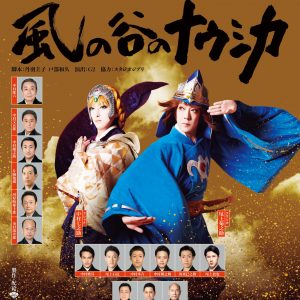 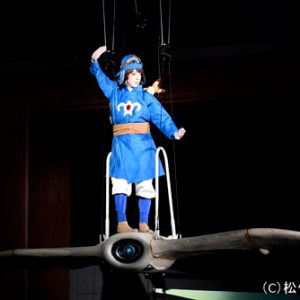 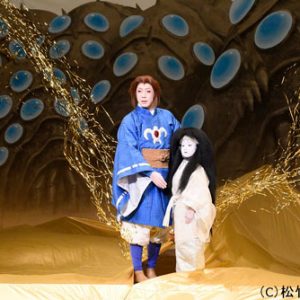 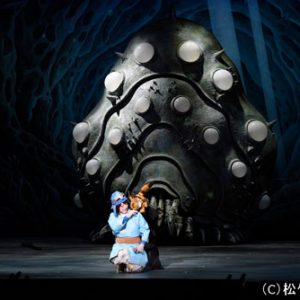 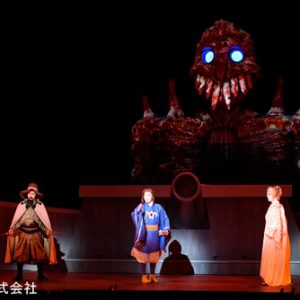 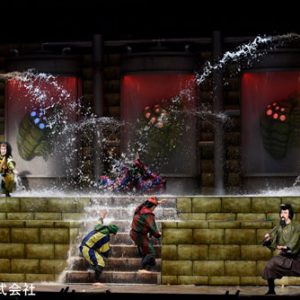 The curtain has closed on the one-month performance of the big hit kabuki adaptation of Nausicaä of the Valley of the Wind, but the show will go on.

The relationship between humans and nature is the theme of this world famous animé story. However, the kabuki adaptation engaged in a deeper exploration of the tale and included scenes that were not portrayed in the animé, enabling the entire original story to be told.

There have been reports that many fans re-read the original comic books — all seven volumes — before going to see the play. This bit of information gives you a glimpse into the studious and rich inquiring minds of the Japanese people.

The adaptation is the long-pursued project of kabuki actor Kikunosuke Onoe, one that he has worked on for the past five years. Having thoroughly read the original story, Onoe embarked on a project that resulted in a lengthy and profoundly sophisticated play. It is also interesting that both Nausicaä and kabuki fans reacted rather differently to the ambitious production, which contained an abundance of kabuki’s traditional stylistic beauty.

As I have previously written, like NARUTO and One-Piece, there has been an ever-increasing number of new kabuki adaptation programs of comic stories recently. The kabuki adaptations of such animé works, which are known by many all over the world, provide a new platform to share and explore Japanese culture.

Kabuki, which has a history of over 400 years, is well and alive. Like the recent collaboration performance with a “Vocaloid” song, kabuki has been accepting challenges with innovative and timely projects incorporating other art forms, such as Noh theater, Ningyo Jyoruri, Rakugo, literature, and comics, providing performances that appeal to audiences across many age groups.

Only a handful of people are able to stay in a theater for nine hours straight during the month of December, when Japanese are usually extremely busy with end-of-year events. Yet, the play was so popular that the December performance sold out immediately.

Many who were unable to catch the show expressed disappointment. In response, the release of a “delayed viewing,” where the stage performance will be shown as a movie, has been announced. The news has been especially welcomed by kabuki fans residing outside of Tokyo.

In film will be shown in two parts at movie theaters across the country. The first part will be screened from February 14 to 20, and the second part from February 28 to March 5.

Although not a live stage performance, the film will provide a valuable opportunity for audiences to see the actors’ facial expressions and stage settings in more detail. And it should be a great chance for more people to encounter the world of Nausicaä Kabuki.

Even though the run of this performance was short, I eagerly look forward to the film — and to more kabuki performances that brilliantly blends Nausicaä’s message and the stylistic beauty of kabuki.