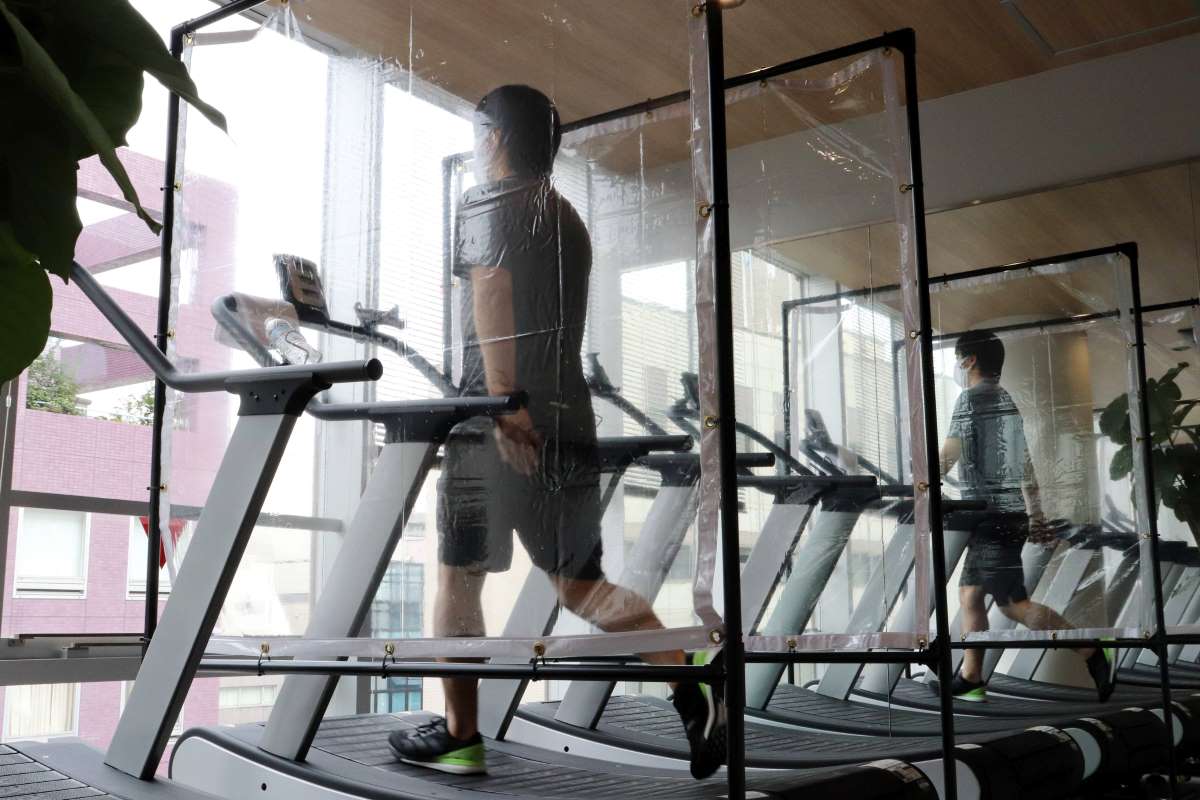 Do you know the difference between average life expectancy and healthy life expectancy? What should you be concerned about if you want to train in hypoxic conditions, safely and effectively like athletes?

Dr. Toshitaka Yamakawa, an associate professor in the Faculty of Advanced Science and Technology at Kumamoto University, found in his recent research that real-time monitoring of heart rate and arterial oxygen saturation (SpO2) was a useful way for safe hypoxic training. He then developed a wearable device to measure both of them.

If hypoxic training could be carried out more easily by non-athletes, it would contribute to the prevention of lifestyle diseases. And as a consequence, it would help extend healthy life expectancies.

The research by Dr. Yamakawa was published in the Journal of Digital Life,  a multidisciplinary, peer-reviewed, open access, online journal based in Japan.

Japanese are well-known for their longevity. According to the World Health Organization’s 2019 data, the life expectancy of Japanese people is in the top tier of countries all over the world. For men, the expectancy is 81.49 years, which is the second longest ー after Switzerland. For women, it is 86.94 years ー the longest among all countries.

However, there is an issue. The Japanese Ministry of Health, Labor and Welfare has calculated the difference between life expectancy and “healthy life” expectancy. That number indicates the number of years in a lifetime that people have to rely on medicine or assistance from others as they age.

Based on 2019 data, it turns out that is about 9 years for men and about 12 years for women. Neither timespan is short, reflecting the difficulties people suffer as they grow older.

The greater the difference between life expectancy and healthy life expectancy, the heavier the financial burden on society for medical or welfare assistance. At the same time, the elderly themselves, or their families, may face a declining quality of life over that period.

Lifestyle diseases are the cause of about 60 percent of deaths in Japan and have a negative impact on patients’ lives. To avoid the undesirable side effects of longevity, the Japanese ministry has pointed out the importance of focusing on prevention and effective treatment of these diseases.

Taking a Look At Hypoxic Training

Hypoxic training, which has recently been gaining attention, provides one method for prevention of lifestyle diseases. It is considered to be an effective therapy particularly for people with low physical fitness and obesity because it may provide sufficient benefits, even with a low exercise load, in comparison with exercise in a normal oxygen environment.

Some competitive athletes train themselves in a normobaric hypoxic room in which oxygen concentration is low and air pressure is normal.

However, the safety of hypoxic training for non-athletes has been unclear, along with guidance as to the appropriate amount of exercise load for different individuals. Response to the hypoxic load can vary widely among ordinary people, unlike competitive athletes who routinely undergo cardiopulmonary load training.

Looking for Answers for Non-athletes

A study was conducted in the search for a safe and effective way of hypoxic exercise for non-athletes. Twenty healthy university students with no cardiovascular and respiratory diseases were selected as the experimental subjects.

They walked on a self-propelled treadmill for 15 minutes in a hypoxic room. Ten of the 20 subjects performed an exercise test first under normal conditions in a room with 20% oxygen. Then they exercised again under hypoxic conditions in a room controlled at 16% oxygen.

The remaining 10 subjects performed the exercise tests under the same two oxygen saturation levels, but in a reverse order.

The participants’ energy expenditures were measured as they exercised by activity meters attached to their waists. Heart rate and SpO2 measures were additionally taken before, during and after the exercise activity. Exercise load was controlled based on target heart rate, calculated for each subject using formulas based on age and resting heart rate.

Results of the research shows that the heart rate values were not significantly different between 20% and 16% and that the energy expenditure values are almost the same between them. Subjects went more slowly and covered shorter distances under conditions of 16% oxygen, producing values significantly lower than those found when they exercised under conditions of 20% oxygen.

In other words, despite the difference in conditions, the subjects’ bodies adjusted and heart rates and energy expenditures were almost equal.

The results suggested that real time monitoring of heart rate and controlled exercise load can lead to sufficient energy expenditure and adequate cardiac load for beneficial health, even in a hypoxic environment. According to Dr. Yamakawa, the experiment showed: “SpO2 reflected the hypoxic load and could be used as an index to evaluate effectiveness and safety of hypoxic training.”

In association with the research, Dr. Yamakawa developed a wearable pulse oximeter that can measure both heart rate and SpO2 from the earlobes. The data is transmitted to a smartphone application which instructs users to increase or decrease exercise velocity when heart rate is too low or too high. The application also directs users to stop exercising if the SpO2 is too low for more than 1 minute.

In conclusion, Dr. Yamakawa reported: “Real-time monitoring of heart rate and SpO2 can be used to evaluate the exercise load and safety of hypoxic training.”

He expects that the practical application of a wearable device will contribute to the widespread use of hypoxic training, leading to the prevention of lifestyle diseases and the extension of healthy life expectancies.