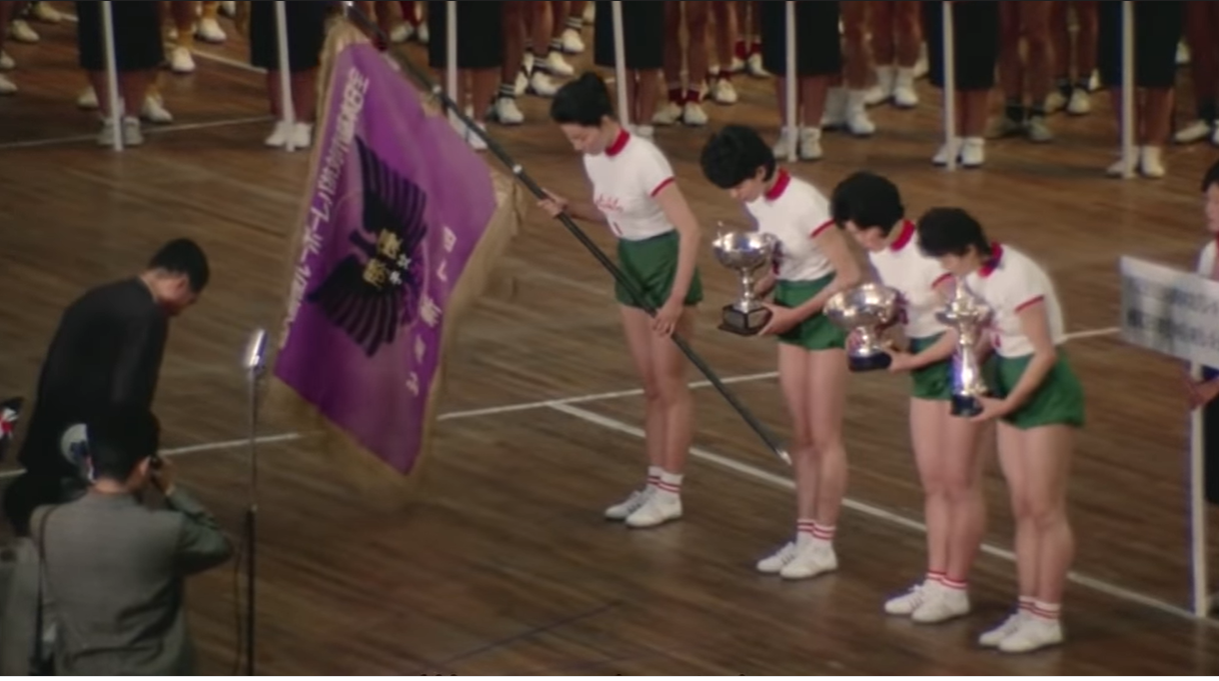 “We thought we would have to leave the country if we lost,” recollects a member of the women’s volleyball team that represented Japan at the 1964 Tokyo Olympics. “We seriously talked about going to Romania.”

Some highly remunerated present-day sports stars complain about the mental stress they undergo. Imagine the weight of expectations on this group of young factory workers 19 years after the end of World War II.

Japan had proposed two new sports to be added to the Olympic roster: judo, Japan’s national sport, and volleyball. Earlier in the day of their final, the female volleyballers had watched Japan’s open-weight class judo champion, Akio Kaminga, being crushed, quite literally, by the much bigger Dutchman, Anton Geesink, in the hallowed grounds of the Kodokan, the Mecca of judo.

The whole idea of judo is that technique and konjo (fighting spirit) beat bulk and muscle, but Geesink’s victory put that principle in doubt.

Volleyball, meanwhile, clearly favors the physical attribute of height. For the shorter, slighter Japanese players to triumph over the Soviet Union’s team would require buckets of konjo, impeccable technique, and new, creative tactics.

As history tells, the “witches” delivered and wiped away the humiliation of the judo defeat.

Not only did they beat the Soviets under the gaze of then-Crown Princess Michiko, they also set off a multi-decade boom in volleyball. Not only did 67% of TV-owning households in Japan tune in to the match from the beginning, 85% of those watching stayed through the climactic minutes, thus creating a national moment that validated sports as a symbol of communal identity.

Perhaps most important of all, they showed that konjo really did work when applied correctly.

Japan’s women’s volleyball team was first dubbed “Witches of the Orient” by the Soviet press during its three-month tour of Europe in 1961 ー though the Russian word used, charodeika, can also mean “fairy.”

Given the standard depictions of witches in the media, it didn’t seem a flattering designation as picked up by Japanese reporters. But, to director Julien Faraut, it has always had a positive vibe.

In a recent interview, he stated, “I love to see people that practically have supernatural powers, because they are the only people in the world that can achieve such moves and creativity in their sport.”

All of the witches worked for the textile company Nichibo (now Unitika), which was renowned for its volleyball team. Despite their sporting prowess, the athletes received no special treatment. They were required to be ready for a day’s work in the factory at 8 A.M., although training sessions, supervised by their coach Hirofumi Daimatsu, went on deep into the night and, on occasions, until dawn.

In early 1964, the American magazine Sports Illustrated ran an exposé on the team titled, “Driven Beyond Dignity.” Reaching back to wartime stereotypes, the journalist pronounced himself “chilled by the fanatical striving” and “the grim wild-eyed intensity of the coach.”

In the above interview, Faraut offers a totally different perspective. In contrast to the usual narrative about Japan’s “backward” treatment of women, he notes that in those days female athletes in the West were not supposed to undergo the same grueling training sessions as men. In other words, Coach Daimatsu was well ahead of his time.

Interestingly, in the United Kingdom, the film is being distributed by Modern Films, a company dedicated to female empowerment.

Coach Daimatsu was known as a “demon” in Japan, but Japanese demons are not necessarily evil or dangerous. Anyone who is single-minded or meticulous can be described as one. In the case of a top-level sports coach, it’s a compliment.

After joining Nichibo in 1941, Daimatsu was drafted into the Japanese army and found himself in the middle of Japan’s disastrous Imphal campaign in Burma. One of the few survivors, he made his way along the “white bones road” back to Thailand and post-war life. Despite the rigor of his training regime, he was soft-spoken and calm.

As several team members noted, he was a handsome man. The volleyballers were all war babies. One was born in an air-raid shelter. Of the six witches who played in the final, only two had both parents alive. From the way they talk about Daimatsu today, it is clear that they saw him as a father figure. None of them has a bad word to say about him or his methods.

Unquestionably, Daimatsu was a brilliant and innovative coach. He came up with the “rolling receive” tactic, taking the hint from wooden “Daruma” dolls which bounce back when tipped over. More importantly, he instilled in the team a huge dose of konjo — or what might be called “winning mentality,” a trait shared by the greats in all sports.

“We were confident we were going to win,” says the late Kinuko Tanida. “It was due to the discipline and harshness of the training sessions that we became so strong.”

Faraut is in charge of the film archive at the French Institute of Sport, but is also an acolyte of Chris Marker, the great avant garde director and Japanophile. His previous film, John McEnroe: In The Realm of Perfection, examines the tennis champion almost as an abstract entity.

The Witches of the Orient is no ordinary sports documentary either. There is no voice-over, but plenty of throbbing music to convey the atmosphere. Faraut mashes up revealing and inspiring interview footage of the surviving team members today, extracts from the Attack No.1 Japanese volleyball animé, which he watched as a boy in the 1980s, and color film of the Witches training in the early ’60s.

Those scenes were taken from a short film by female director Nobuko Shibuya, which was shown at Cannes in 1964. Faraut adds some computer-generated trickery to create an astonishing sequence that cuts rapidly between the anime and Daimatsu hurling volleyballs at the women like grenades.

Appropriately, the musical backing is Machine Gun by U.K. trip-hop band Portishead. In a recent live Q&A, Faraut spoke of a “female dimension” shared by the witches and Portishead’s introverted but powerful singer, Beth Gibbons.

He clearly enjoys overturning gender stereotypes, as in the opening sequence of a cartoon samurai rushing to save a helpless lady from a monster. Reality can be very different from expectations, as the unfortunate samurai finds out.

Author Robert Whiting was at the 1964 Olympics. In his recently published memoir, Tokyo Junkie, he recalls the Witches as follows: “Their bruising eleven-hour-a-day practice regimen over a period of two years was seen to symbolize the dogged resurgence of the Japanese economy, short on resources but full of fighting spirit.”

The Witches and their demon coach certainly had a galvanizing effect on Japan and the world, to the extent that a young French director chose to film their story more than half a century later. And he did so not as an exercise in nostalgia, but as a celebration of the enduring magic of sport – and, by extension, human possibility.

The movie, Witches of the Orient, is expected to be released in Japan this summer. In the meantime, virtual screenings are available through Modern Films, at this link.